The Porsche Taycan’s official reveal will not happen for another couple months. However, Porsche has given us an idea of what the production car will look like with its “first detailed exterior sketches” of the production electric car. 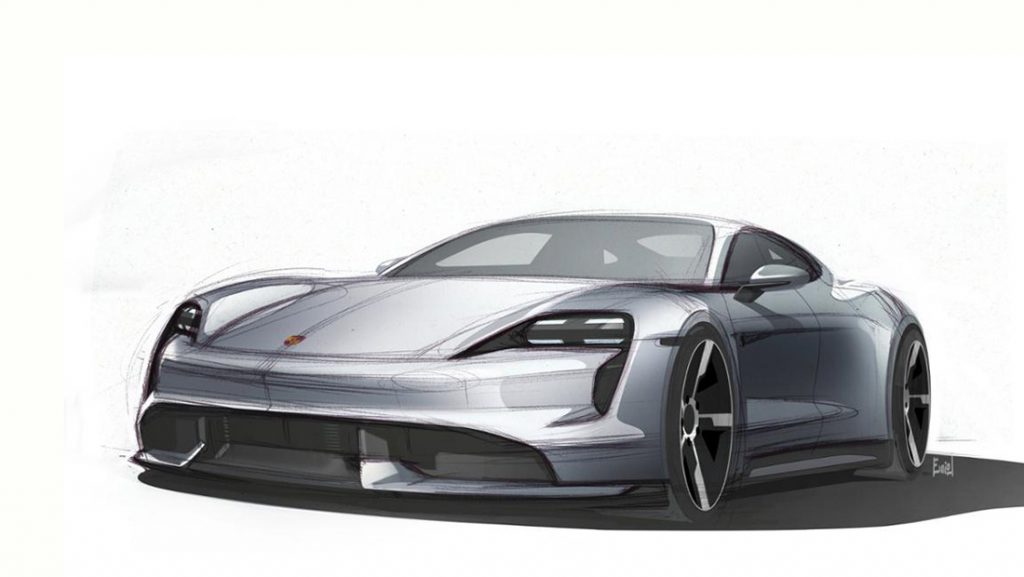 Along with the release of the sketches, Porsche released a short interview with Michael Mauer, the Head of Style at Porsche. He went on to talk about the “unique” proportions of the Taycan:

The Taycan is absolutely unique in terms of its proportions. Usually, purely electric vehicles are higher than their conventionally powered counterparts because the relatively heavy and large batteries are positioned in the floor of the vehicle while the occupants sit above them. We were not willing to accept this. However, you can’t just install the batteries in a different place – for reasons relating to driving dynamics alone – as the centre of gravity must be as low as possible. Because you also can’t just make the vehicle wider, the specific challenge was to position the passengers as low as possible without them having to assume a reclined position like in a Formula 1 racing car. We solved this with so-called “foot garages”. They enable a comfortable sitting position even in conjunction with the sporty vehicle height. In retrospect we can say that this so-called package was the greatest challenge. How high can the vehicle be? How long and how wide should it be, how horizontal or upright will the passengers sit? That’s what’s typically Porsche to me – this striving to find the ideal solution.

Additionally, he commented on the importance of the headlights on the Taycan which are arguably the most unique feature of the electric car.

Yes, that’s correct. In terms of product identity we give each model series its individual characteristics – which Porsche is it? One of the crucial elements we have defined in this context is the shape of the headlights. We have invested plenty of development time in this element and developed a concept that we are now showing in detail for the very first time, around three months before the world premiere. It goes further than with previous models and is characteristic in terms of the product identity of our purely electric vehicles. The four-point daytime running lights, which are not as dominant today, are not only evident from the light pattern, but also from their shape. This sculptural design is important, as it’s the main element at the front. Modern lighting technology gives us fantastic options in this context. 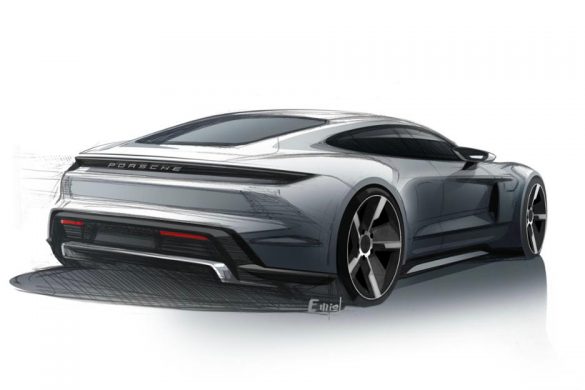 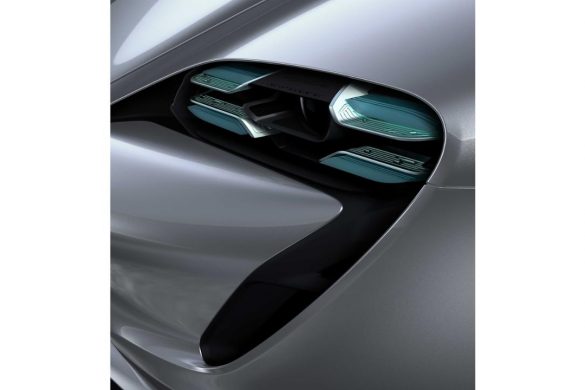 Similarly to how Volkswagen has been toying with the idea of updating their logo for the electric era, Porsche had been exploring the same idea. Ultimately, the German automaker had elected to stick with their traditional badge and not change it.

It is well known that we have repeatedly adapted the crest over the years. I am of the opinion that the brand’s trademarks should also evolve – just like we recently updated the model logo of the new 911 generation upon its launch. I would say the lettering has become slightly more jagged, and we will be adopting this for the Taycan. We have indeed already experimented with black-and-white crests as a high-quality engraving in aluminium on the bonnets of showcars. This creates a more contemporary impression, but breaks with tradition. Ultimately we opted to keep the current crest.

So far these sketches and the camouflaged prototypes have been our only glimpse at the final design of the Porsche Taycan.

Keep you eyes peeled in September for the full reveal. 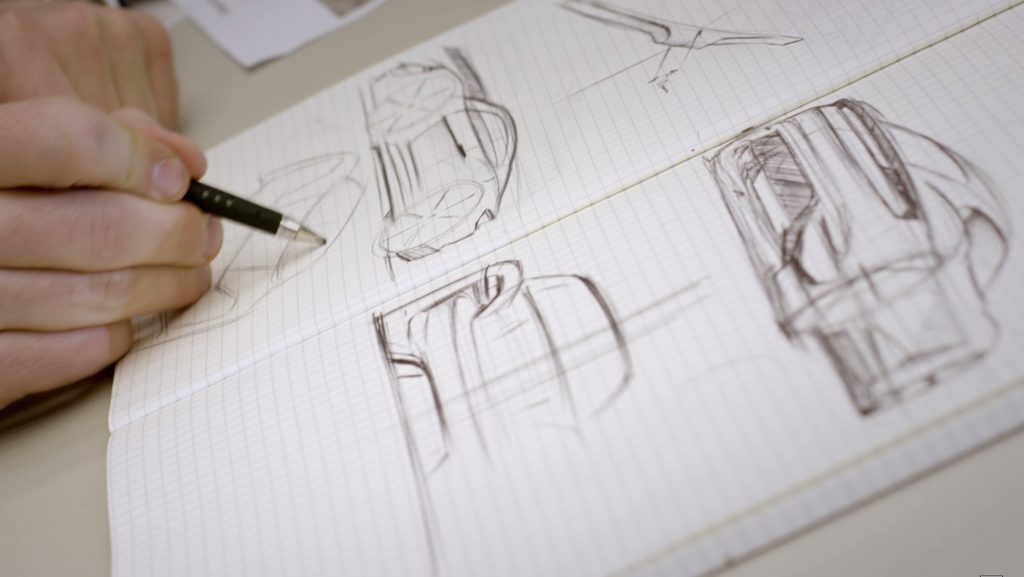 For the full interview with Michael Mauer, click here.

What do you guys think of the Porsche Taycan design? Let us know down in the comments below.