Volkswagen owned Czech automobile manufacturer ŠKODA revealed several design sketches for their upcoming VISION iV concept crossover, explaining that the various “design features of the VISION iV will be typical for future ŠKODA EVs.” According to the Czech automaker, the VISION iV will serve as a concept study for the manufacturer as it will be the first ŠKODA electric vehicle based on Volkswagen’s upcoming modular electric drive matrix platform (MEB). According to ŠKODA’s most recent press release, they intend to present more than ten electric models by the end of 2022 by utilizing Volkswagen’s MEB platform. 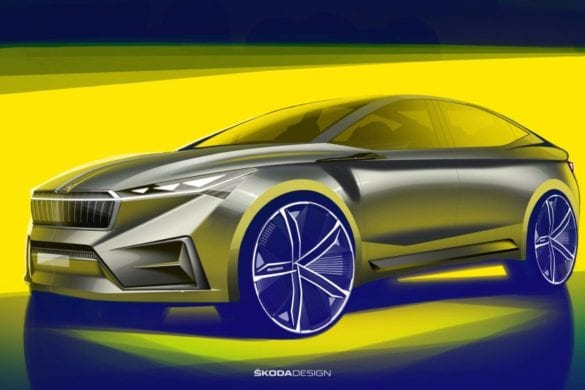 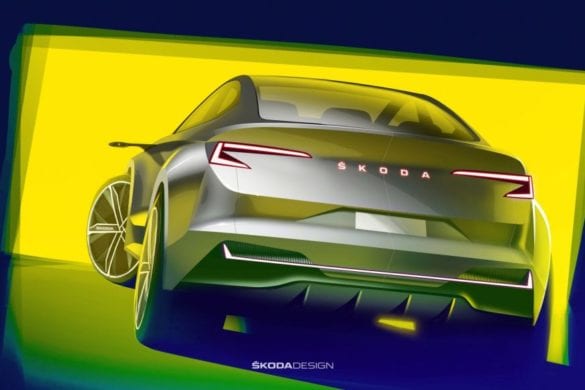 “The ŠKODA VISION iV combines an athletic body, 22-inch aerodynamically optimised wheels and powerfully flared mudguards with a pronounced coupé-like, flowing roofline. A characteristic tornado line connecting the front and rear emphasises the clean surfaces of the doors without handles. Cameras, whose housings are visually reminiscent of shark fins, take the place of traditional exterior mirrors.”

Oliver Stefani, Head of ŠKODA Design, went on to explain the design of the vehicle, adding:

“The front characterises a reinterpretation of ŠKODA’s typically wide covered grille, featuring fine vertical ribs and crystalline structures. The horizontal light strip in the upper part of the grille and strikingly large air intakes in the front apron emphasise the sporty appearance. The powerful rear features aerodynamic spoiler edges and crystalline LED tail lights. They redefine the typical ŠKODA C-shape and emphasise the width of the vehicle in combination with a light strip above the rear diffuser. Another eye-catching element at the rear is the ŠKODA logo; the individual letters are lit up in red.”

In addition to showcasing their upcoming VISION iV concept at the Geneva Motor Show next month, ŠKODA intends to divulge more information regarding their future electrification plans as well.