With this push towards a technologically focused landscape, OTA software updates are becoming a critical aspect of the automotive world. As one of the first to follow Tesla’s lead, Ford has made their first new-age EV, the Mustang Mach-E, Ford OTA compatible. Rather than use the compatibility for minor bug fixes, as seen with other automakers, Ford looks to improve upon the ownership experience with continuous additions to their vehicles.

Ford’s first OTA software update, admittingly lifeless, has come and went with nothing outside of “minor bug fixes” taking place. Now, thanks to a leaked internal document obtained by EVBite, we can expect another around the corner.

The next Ford software update, currently planned for Q3 2021, can expect the following additions:

The company has been open to ideas in regards to new Mustang Mach-E features in the past. Most recently updating their FordPass Mustang Mach-E app to now display the vehicles charge status.

There’s a new Charge Status Motoring feature in the Ford Pass app!
Thank you for listening to your customers adding this much needed feature for us #Mache owners! #Ford #MustangMachE #FordPass pic.twitter.com/DX8GQU11w1

Taking advice a step further, the company has willingly introduced an Early Access Program to better gauge user feedback and suggestions. Initially, the program was stricken to just 740 Ford employees but the company is now looking to expand that number.

Invites are expected to go out beginning April 26th with no confirmation on whether the Early Access Program will remain exclusive to Ford employees or be available to some public owners. The program is currently limited to a small random few but Ford notes the possibility of expanding it even further in the future. 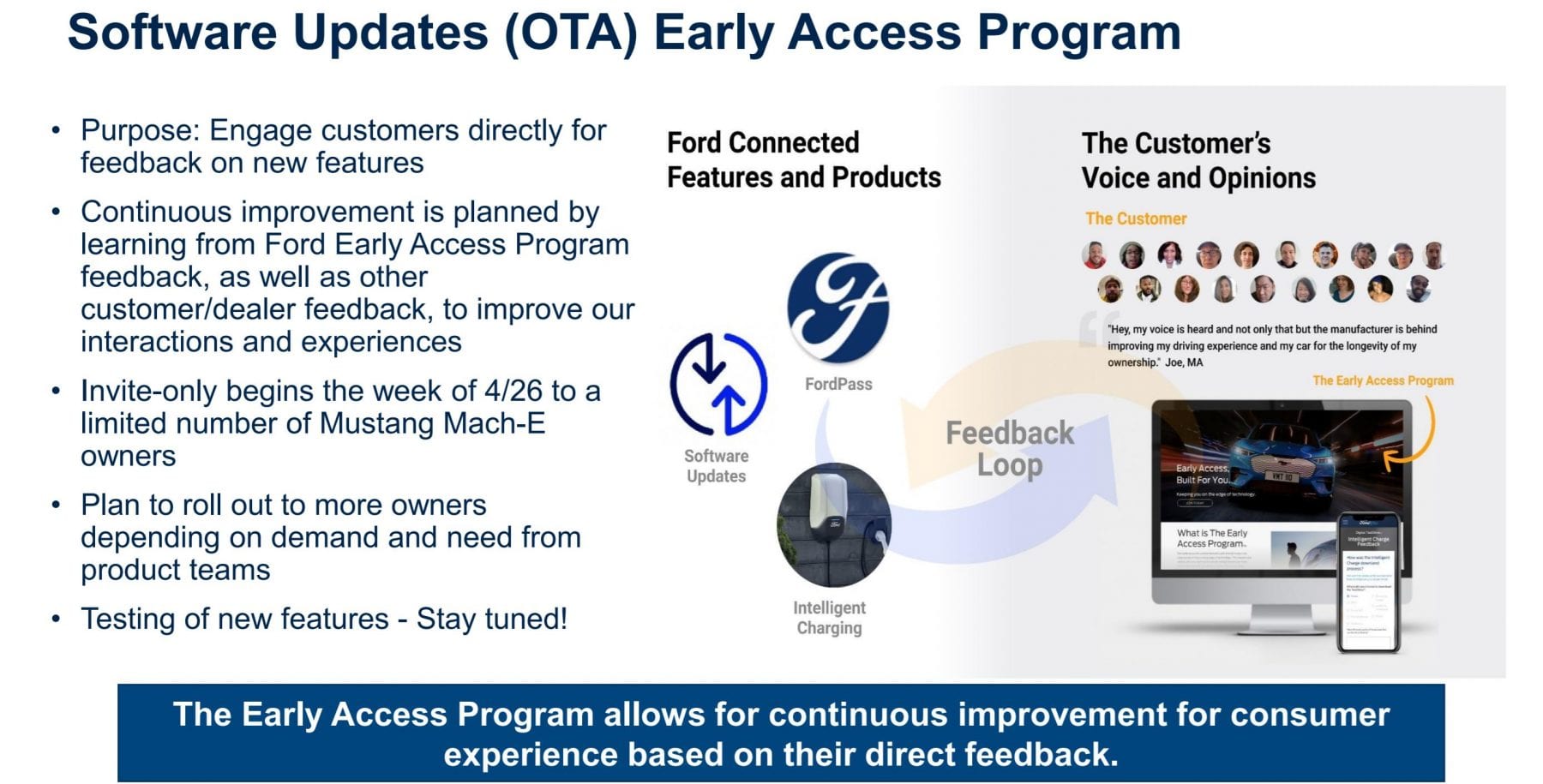 Interestingly this new batch of invites seems to focus on testing unreleased features. What those features entail is anyone’s guess.

Tesla has brought OTA into the forefront with their constant and innovative software updates. Not only have they brought interesting new features like whoopie cushions and Netflix but substantial services like improvements to 0-60 times and ranges have further developed the overall ownership experience. Ford has promised more than the lackluster bug fixes but as of now, nothing is yet to be seen.