The Mustang Mach-E, Ford’s flagship EV, and entry into the next generation of vehicles have gotten a slower than expected start to its company redefining path.

Initially unveiled in 2019, the electric Mustang was set to begin Ford’s transition away from the dated ICE and tech-less vehicle landscape. The company took a tech forward approach introducing things like Ford OTA, an early access program, and even a new online buying process.

In its first year of production, the company anticipated it would build 50,000 units.

Production ramps and logistical issues are nothing new to the auto world with many hurdles to overcome in the new technology that is electrified vehicles. Tesla, the main focus in the EV-centric crowd saw a similarly slow path with their Model 3. 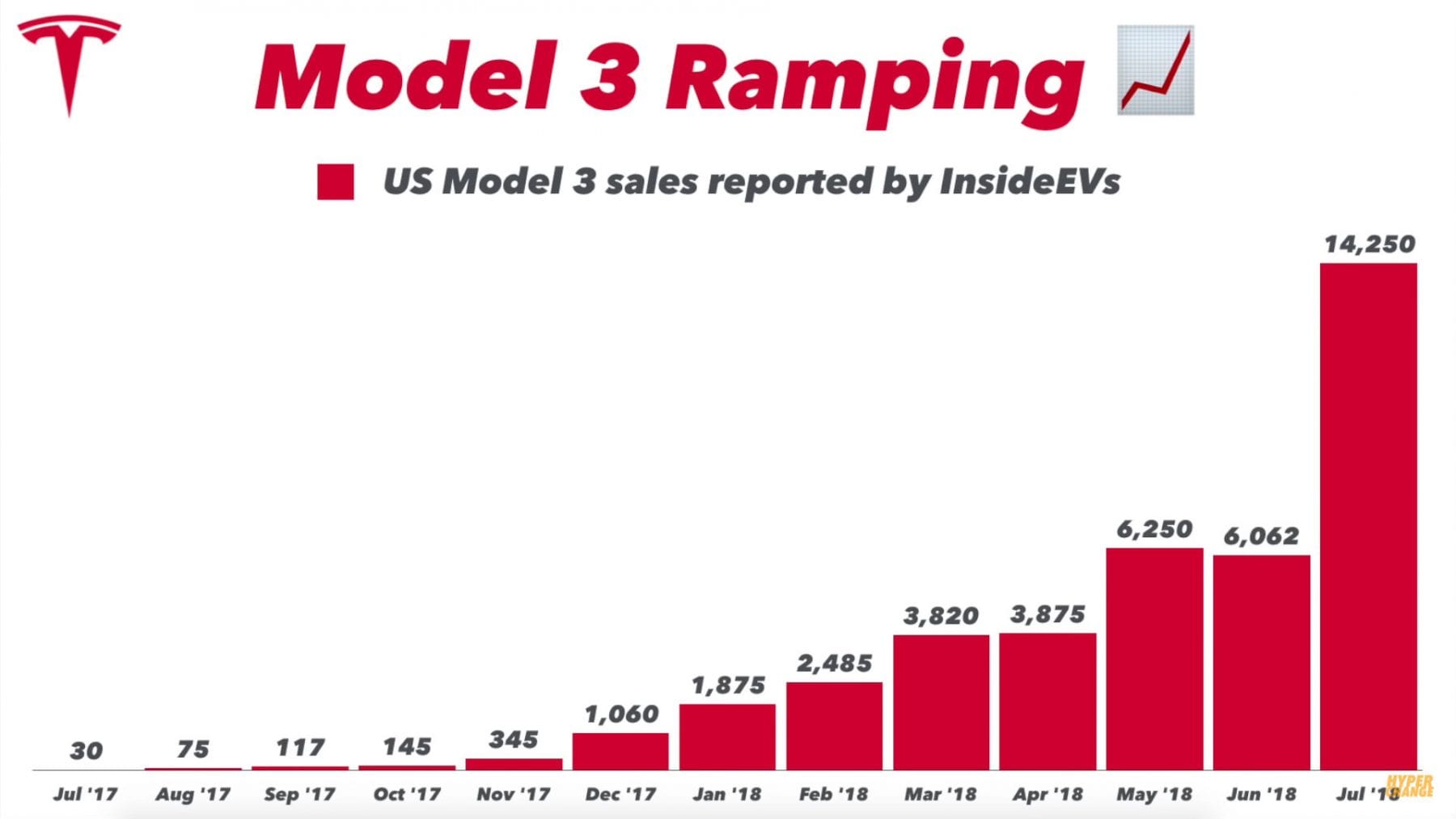 Graph via InsideEVs and HyperChange

Some would point out that the Mach-E actually sold 6,614 units in its first quarter, more than Tesla was able to do in its with the Model 3 in its. This news should be no surprise as Ford has had over a century of mass manufacturing experience. Tesla too, with its experience with the Model 3, has been able to drastically scale up their new vehicle roll-out speed. The Model Y is estimated to have sold over 16,000 units in its first quarter.

Ford’s ambitions with the Mach-E in 2021 are a bit lower than Tesla and their Model Y. Where Ford initially anticipated 50,000 for the year, Tesla is on track to more than triple that in the same span. Regardless, the Mach-E vs Model Y debate remains the strongest in the industry.

Ford’s initial goal of producing 50,000 units in its first full year seemed to be more than achievable. However, with chip shortages now drastically affecting Ford’s production capabilities, it’s unknown if that initial goal can still be met.

Mustang Mach E to Make Debut in Europe First, Along With Some...