Bollinger Motors Announces a $125,000 Starting Price for the B1 and B2 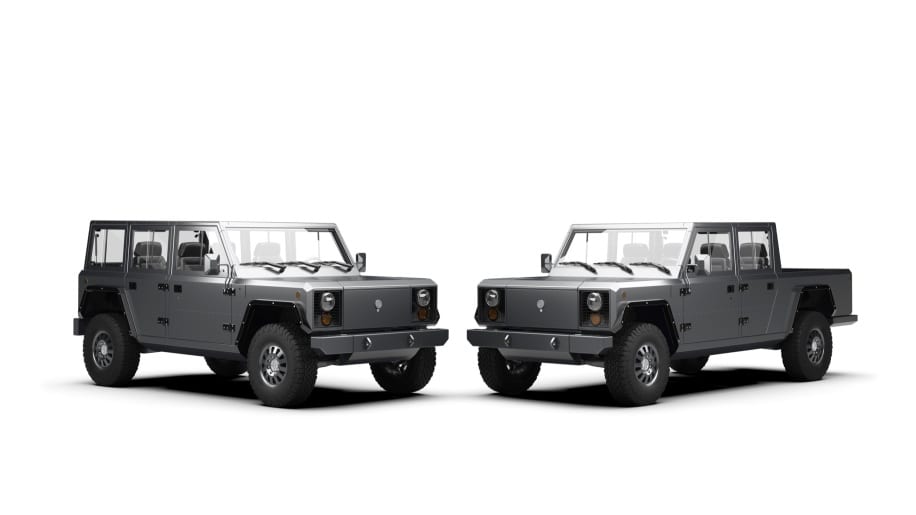 A little while ago Bollinger showed off their most up to date prototypes of their B1 electric SUV and B2 electric truck along with specifications. The one big piece of information that was missing concerning the rugged electric siblings, were their prices. Given the small size of the company and limited production run, we envisioned a high price, but we wanted to know just how high it was. Well, today we got our answer and it’s $125,000 for either of the models. This is a price that perhaps is a bit too high for most people. Given the very barebones aesthetics and rather limited range compared to other EVs (although outside of the upcoming Rivians there is nothing really to compare it to), $125,000 might be a pill that is too hard to swallow. Bollinger has always made it a point to highlight the B1 and B2 ruggedness and off-road worthiness, but we imagine the number of people who will take a $125,000 off-road is rather limited. Regardless, almost no new automobile company will be able to start mass-producing cars and taking advantage of the economy of scale, so they have to resort to selling a limited amount of high-margin cars. Founder Robert Bollinger had the following statement:

“We’re going to production with all of the components and features that our team developed from the start; we’re staying true to our DNA. Our trucks deliver a level of performance unlike anything on the market or coming to market.”

If you happen to be a fan of either of the electric truck or SUV and the price is to your liking, Bollinger has opened up a reservation page where you can deposit $1,000 to reserve your model.
Read More Via PRNewswire

Mazda has finally entered the electrification race, and it has taken a rather interesting approach. Mazda is of the opinion that the driving dynamics of electric cars are inferior to those of regular gasoline cars. Yasuhiro Aoyama President & CEO of Mazda Motor Europe stated the following about the new MX-30:

“As with all our products, our designers and engineers had a very clear goal for our first battery-electric vehicle. It had to have stand out design, be great to drive, something that is key part of Mazda’s DNA and makes us unique when compared with competitors, and most importantly, make a positive contribution to reducing emission across the entire life cycle of the product.

“Alongside the electrification technologies we are introducing across our range, being a smaller manufacturer we focused all our efforts on creating an electric car that we anticipate will be a second car where the range of our vehicle will meet customers’ needs.

“Many of the media who have driven our test vehicle have said it is one of the few electric cars they have driven with the positive characteristics of a regular car. Delivering driving pleasure is at the heart of every Mazda we design and that will be no different in our electric car.”

Regardless of whether or not you agree with the sentiment, it greatly affects the type of car that Mazda plans to build. As such, Mazda states that the MX-30 is a “car with a battery, not a battery with wheels”. With its small 35.5 kWh battery, Mazda estimates that the range will be around 200 km (124 miles), which is more than enough for the average daily driving of a European driver (48 km), but it certainly sticks out like a sore thumb when compared to other EVs coming out. If the car ever makes it to the States, it will no doubt be paired with some sort of range extender option to deal with the longer drives that Americas make. Also is it really wise to make a non-sports car with the intention of it being someone’s second car? Shouldn’t you make it useful enough to where it could be someone’s primary car? It’s a shame as I am a very big fan of Mazda’s designs and especially this MX-30 with its pillarless suicide doors which look to be a reference to their much loved RX-8 sportscar. We’ll see if this strategy pays off for Mazda as pre-orders are now open and deliveries start in the second half of 2020.
Read More Via Mazda

Lexus also showed off an electric car, albeit it was only a concept, and given its zany styling, it will no doubt continue to stay as a concept. The Japanese company has yet to release an electric car and has been pretty dismissive of electric cars in the past. However, along with the reveal of this concept Lexus did announce that they would be unveiling their first fully electric car next month. We imagine that there will be some sort of stylistic features from this concept that will be incorporated in their new EV. As one would expect with this LF-30 electric concept it’s filled with all the bells and whistles that tends to accompany far-out concepts such as these. There are in-wheel motors, windows that change their opacity, fully autonomous driving, an onboard AI that can do anything, etc. Don’t get me wrong, I love looking at whacky concepts that try to incorporate bleeding-edge technology, but I will be more interested in Lexus’s first foray into the electric world and see if they can stick the landing.
Read More Via Lexus

Also to not be left out of the party, Nissan had shown off an electric concept of their own. This time it is an EV named the Ariya that traces back its root the IMx concept shown off in 2017. We have been waiting for Nissan to finally bring out an electric car that wasn’t the LEAF and while they call it a concept, it seems to be pretty close to a production-ready vehicle. There was no word on the range, but keeping with electric car trends, the dashboard is very minimalistic with most of the car’s controls being controlled through a 12.3-inch touchscreen and it also comes with Nissan’s latest ProPILOT 2.0 which looks to compete with Tesla’s Autopilot. The car looks great in my opinion and with rumors of a 300-mile range and competitive price, it will be a great alternative to both the Jaguar I-Pace and the upcoming Tesla Model Y. Let’s hope Nissan can provide us with some concrete numbers moving forward.
Read More Via Nissan

Ford’s Electric Crossover Is Confirmed for the LA Auto Show

Ford’s long-awaited Mustang-inspired electric crossover finally has a concrete date for its unveiling. It will take place on November 17, 2019, which coincides with the Los Angeles Auto Show. The electric crossover has a targeted range of 370 miles on the WLTP cycle, is riding on a completely new architecture, and as we all know, is “Mustang-inspired” in its look. The above video which shows the profile of the car does indeed have headlights and taillights that strongly resemble those of the Mustang, so we’ll see if that is where the similarities end. The most important thing to come out of this unveiling will hopefully be some sort of name, as it has been supremely annoying to write ‘Mustang-inspired electric crossover’ every time we mentioned the car. The ‘Mach-E’ has been suggested to play off of Ford’s previous ‘Mach 1’ name.

Is Ford Failing the Test of the Mustang Mach-E?

New Canoo Electric Pickup Has the Most Versatile Truck Bed Yet