While the Kia Soul and Nero are solid picks for electric cars, the Korean automaker has yet to release an electric car that was designed from the ground up specifically for the job. This new concept will also not be the car that finally fulfills that task, but it still provides a fun view into what kind of design elements or features Kia plans to incorporate into their future models. Of course, we have very aggressive and sporty styling on this electric SUV. The Futuron incorporates a reinterpretation of what Kia calls their ‘tiger face’. The cockpit is described as:

One of the most prominent features of the cabin is the ‘cockpit’ area surrounding the driver. The graphical user interface (GUI) of the cockpit flows out of the driver-side door and wraps around the steering wheel in a seamless arc. This merges the instrument cluster directly with the audio-visual display at the center of the dashboard and is linked to the display integrated within the surface of the steering wheel itself. The GUI is operated by artificial intelligence technologies, displaying useful information about the car various autonomous driving, powertrain and navigation features to create a unique user experience. The apex of the cockpit arc sees the GUI lunge forward towards the road, creating an interactive Star Cloud light display at the very front of the cabin.

Additionally like most other concepts, level 4 autonomy is displayed in the vehicle and has a mode that retract the seats very far back into a ‘rest’ position which Kia compares to a first-class flight with the steering wheel also retracts to provide even more space for the driver. As always I like to look at concepts, especially ones that look as good as this one. However, the only thing we have to look forward to from these types of concepts in the near future is maybe some design elements. I hope that Kia/Hyundai will one day build a dedicated electric SUV that looks even half as nice as this one.
Read More Via Kia 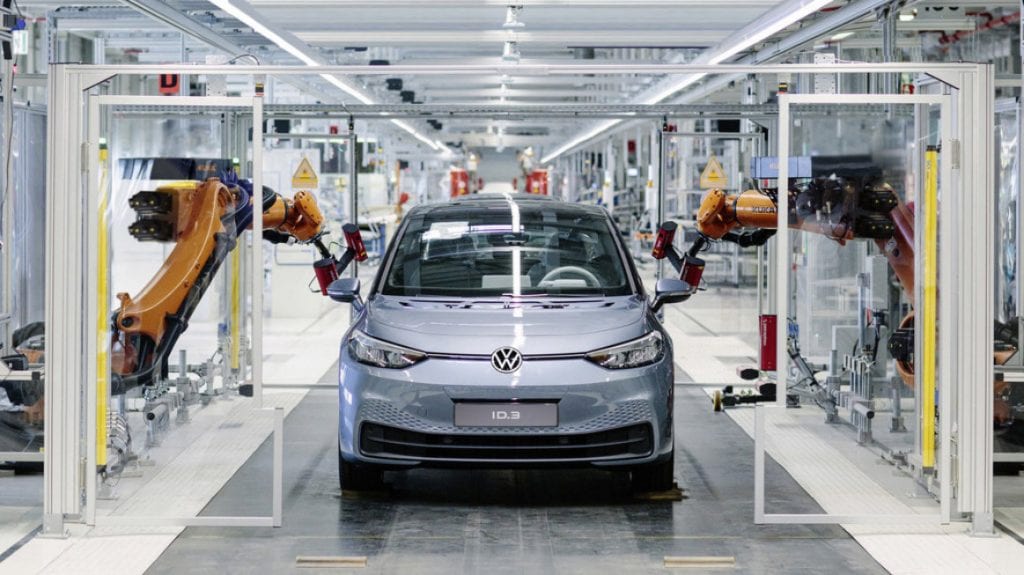 Germany is continuing to try and incentivize customers to purchase a plug-in or electric car as their next purchase. Unlike the EV tax credit we have here in the United States, the incentives in Germany give are targeted to make electric cars on the cheaper side of the spectrum even cheaper. As such, electric cars that are above €60,000 do not qualify for any amount of incentive. The newly revised incentives are:

The current amount of incentives will be in place until 2025 before new deliberations will have to take place on if there will be continued incentives, and how much should be given. This incentive makes the upcoming VW ID.3 an extremely attractive choice given that it could start as low as €24,000.
Read More Via dw 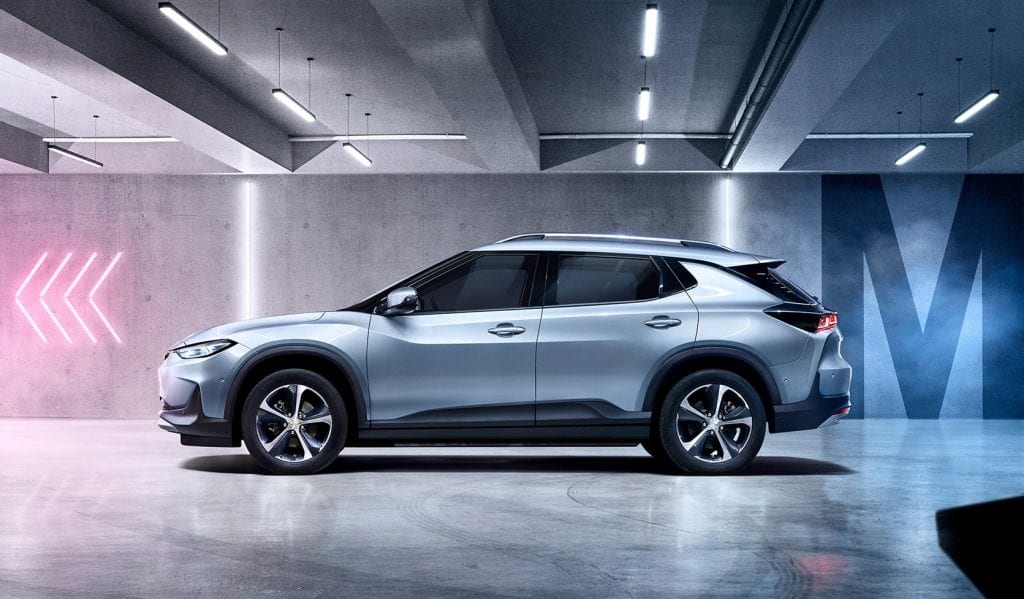 While we have known about the Chevrolet Menlo for the last few months, it has appeared to finally have made its debut in China at the 2019 Chevrolet Gala Night. Chevy describes it as:

The Menlo shares design elements with Chevy’s FNR-X all-purpose sports concept vehicle which was shown a few years back. The electric car has a range of up to 410 kilometers (254 miles) under the New European Driving Cycle (NEDC). We all know that the NEDC is not the most stringent of tests, so expect the actual real-world range to be closer to 200 miles. As stated before, this is a car made for China, so sadly the Chevy Bolt will not get an electric sibling in the US. The Menlo will be on display at Auto Guangzhou 2019, which runs from November 22 to December 1. We hope that Chevy will release more information about the electric car at that time (and some interior pictures). Expect the Menlo to be out in the first half of 2020.
Read More Via

The Mercedes-Benz G-Wagon is to Germany as the Jeep Wrangler is to America, a very boxy SUV that has maintained that exact identity for decades (although Mercedes has been making the G-Wagon more luxurious as time goes on, but never changing the “bow on wheels” exterior). It’s a pretty iconic SUV and is most certainly not known for its fuel efficiency as the current model gets 14 miles per gallon. Well, it looks like Mercedes has plans to make one of its most gas-guzzling models a fully zero-emissions vehicle in the future. Via Twitter, Sascha Pallenberg, the head of digital transformation for Mercedes-Benz parent company Daimler, quoted CEO Ola Källenius as saying ”There will be a zero-emission #EV version of the #MercedesBenz G-Class. In the past there were discussions whether we should eliminate the model, the way I see things now I’d say the last Mercedes to be built will be a G-Class”.

#Daimler CEO Källenius: ”There will be a zero-emission #EV version of the #MercedesBenz G-Class. In the past there were discussions whether we should eliminate the model, the way I see things now I'd say the last Mercedes to be built will be a G-Class" #AMWKongress #eMobility pic.twitter.com/tAS6tzpR3Y


We do not know how far along the EQG (if that’s what it will be called) is in terms of development, but we would think that Mercedes would prioritize the upcoming EQA and EQS as they appeal to a wider audience. So do not expect to see the electric G-Wagon anytime soon. Fun fact: there already exists an electric G-Wagon as Arnold Schwarzenegger had one retrofitted with an electric engine. 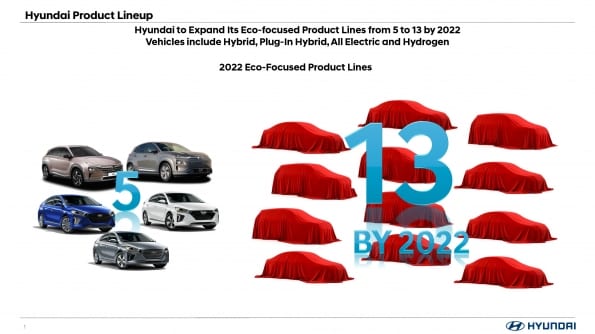 Hyundai has recently announced an update to its electrification plan. The South Korean automaker has stated that it plans to “introduce 13 alternatively fueled vehicles by 2022, including six sedans and seven SUVs.” Hyundai’s definition of “alternatively fueled” vehicles includes regular hybrids, plug-in hybrids, and fully electric. Hyundai says that four of the 13 are the 2020 Ioniq Electric, Hybrid and Plug-in Hybrid, as well as Sonata Hybrid. Mike O’Brien, vice president of Product, Corporate and Digital Planning, Hyundai Motor America made the following comments:

“As the automotive industry evolves to meet the needs of a diverse customer base and environmentally-aware society, we will continue to provide alternative-propulsion options in a variety of product choices. For consumers seeking forward-thinking and eco-friendly personal transportation options, Hyundai’s product line-up meets these criteria and more.”

Announcements like this are why we do not like it when companies use the terms “electrified” or “alternative fueled” when announcing their electric plans moving forward. Looking at what we have now, only one of the four known cars are fully electric. Meaning that if the ratio maintains, then we might only expect two more fully electric cars from Hyundai by 2022 (the second of which might just end up being a refreshed Hyundai Kona). I am not going to denounce progress, but if the actual result is only electric models in three years, that’s not the most exciting thing in the world.
Read More Via Hyundai