While the majority of the world passed off the adoption of electric vehicles as a fad, automakers began preparing for the next generation. The company that started it all took an initiative with their commitment to invest $11.5 billion into electrification. 40 electric car models, 24 plug-in hybrids and 16 fully electric cars, are expected by 2022. Now, an electric Mustang?

Unlike some of the other automakers, Ford seems to be taking this global transition a little more serious. The legacy automaker has begun an $850 million project to build a factory dedicated to producing just their future electric cars. Through a newfound alliance with Volkswagen, the two will share and collaborate on both electric vehicles and autonomy. Using Volkswagen’s MEB platform, Ford is expecting to sell 600,000 electric vehicles for the European market in the next six years alone.

“Ford will be releasing its all-new, Mustang-inspired electric SUV, that has a targeted EPA-estimated range of 300 miles with an extended battery and rear-wheel drive, in late 2020.* The vehicle’s 150kW charging ability will allow very quick charging speeds on Electrify America’s 150 to 350kW network.** Ford estimates that its all-new, all-electric Mustang-inspired SUV will be capable to charge up to 47 miles in 10 minutes using Electrify America DC fast chargers, providing peace of mind for customers to be able to charge in minutes, not hours.”

If anyone’s questioned Ford’s commitment towards the new era, they’ll be surprised to hear about the new electric Mustang. While still just a concept, it displays a clear path in the direction the company is heading. This is just the beginning.

The electric Mustang, dubbed the Ford Mustang Lithium, was debuted at SEMA. Collaborating with WEBASTO, Ford was able to accomplish industry leading feats. The prototype pushes over 800 volts, 900+ horsepower with 1,000+ ft.-lbs. of torque. The electric muscle car is a first of its kind with a manual transmission.

“Ford has made no secret of the fact that we are electrifying our most popular nameplates. This one-off Mustang prototype is a great opportunity for us, together with Webasto, to showcase to our customers what a new electrified powertrains can do for performance in a car they already know and love.”

Unfortunately, the automaker has yet to release any performance numbers but we’d imagine it takes the cake, or comes close. An 800-volt battery system is something only being done today by Porsche and 900 horsepower is well above its closest mass market competition, the Tesla Model S Performance and Porsche Taycan Turbo S. The battery size is unspecified but small as this seems to be a machine made for drag strips rather than long hauls. 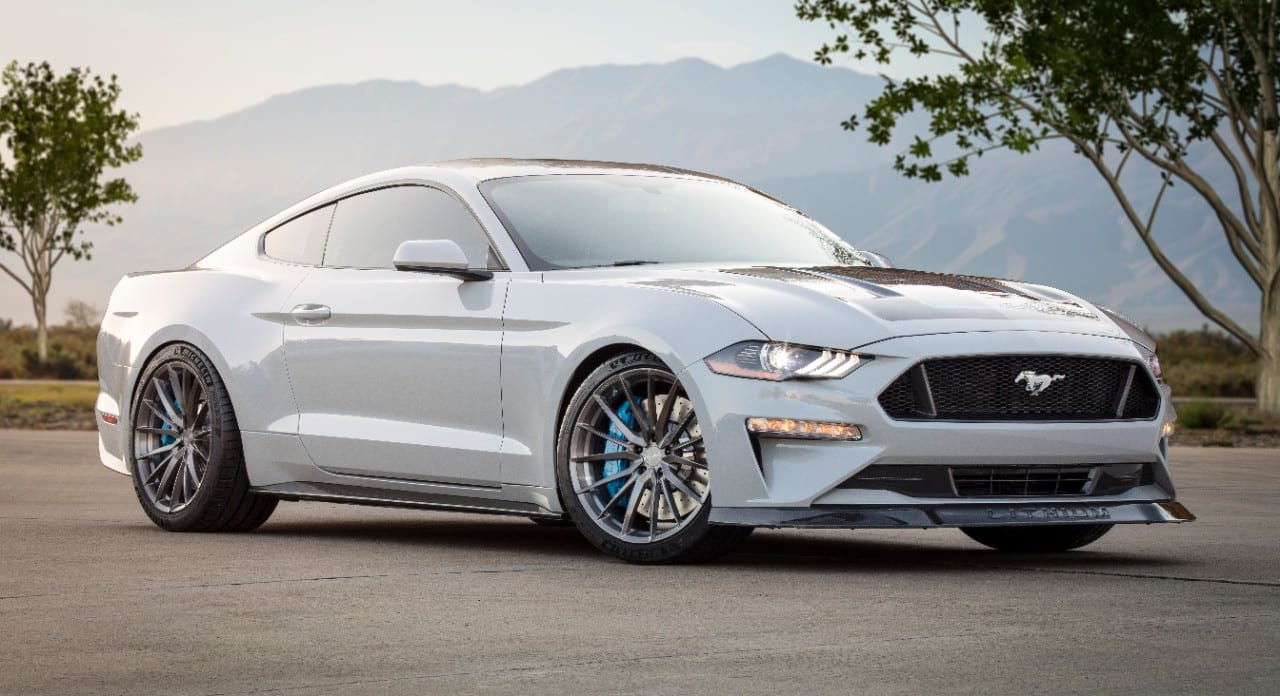 A plug-in Ford F150 will also be made available in 2020 but more importantly, so will a Ford Mustang. The company is shifting away from the norm as they provide each of their vehicles with an electric option. Could the companies plans be accelerating? Will we possibly see an electric Mustang in 2020? While doubtful, one thing is for certain, Ford is chugging along through this electric vehicle revolution continuously surprising us and raising our expectations from the rest. Currently, there are no plans to bring the electric Ford Mustang Lithium into production but one could hope.