Hello everyone and welcome to another addition of our weekly round up, where we recount the EV news that we didn’t cover at length. I hope you all have had a wonderful week. If you are looking for Tesla specific news, then I have the post just for you.This week we had the Geneva Auto Show, so there were a lot of cars and concepts making their debuts this week. Along with the EV news that we did not cover, we have a recap of all the EV news that we did cover in length at the bottom as well, in case you missed it.

“Mercedes-Benz Vans is consistently advancing the electrification of its product portfolio. With the Concept EQV, we are now taking the next step. The concept offers all of the brand-typical attributes familiar from this segment which Mercedes-Benz customers have come to know, appreciate and also expect. As a family companion, a leisure-time adventurer or a shuttle vehicle with lounge ambience, the combination of these characteristics with a battery-electric drive mean the Concept EQV is a concept car with a future. And so we’re particularly excited that we will soon be able to offer a series-production model on the basis of this concept”, explains Wilfried Porth, Member of the Board of Management of Daimler AG. Human Resources and Director of Labor Relations, Mercedes-Benz Vans.

While it may be a weird decision given that Mercedes’ current electric car lineup is not exactly stacked. Other than the Nissan e-NV200, Mercedes-Benz would not face much competition in this field. And given how varied the application of a minivan is, it could have some novel uses that are not yet served by an electric vehicle.
Read More Via Mercedes-Benz

Volkswagen Opens Up Its MEB Platform to Third-Parties 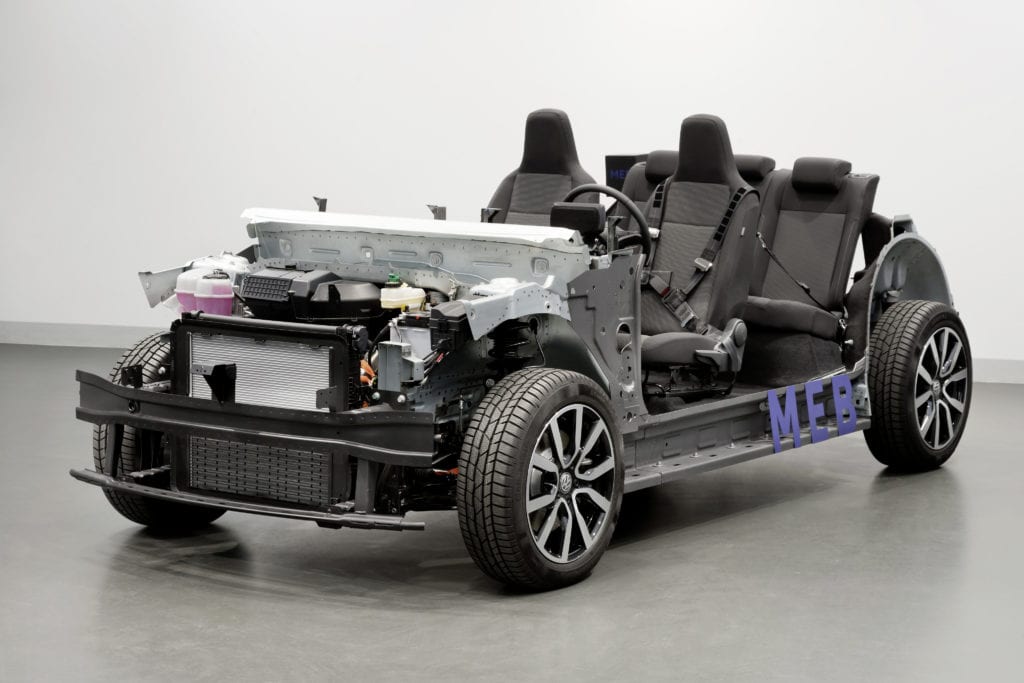 Volkswagen has taken great pride in its MEB platform which they designed to make the transition towards electric mobility as simple and cost-effective as possible. To show their commitment towards worldwide electrification they have opened up its MEB platform to use by any third-parties who wish, so that they do not have to design their own platform. Volkswagen is projected a first wave of 15 million cars on the MEB platform and already has a third-party using the platform, e.GO. This is what Dr. Herbert Diess, CEO of Volkswagen AG, had to say:

“Our Modular Transverse Toolkit proved we are platform experts. Over 100 million of our vehicles are based on that particular platform. With the MEB platform, we are now transferring this successful concept to the electric era and opening it to other carmakers. The MEB is to establish itself as the standard for e-mobility. Based on the MEB, we will make individual mobility CO2-neutral, safe, comfortable and accessible to as many people as possible. Because the MEB even makes the cost-efficient production of emotional small-series vehicles like the ID. Buggy possible. I am delighted that e.GO has become the first partner to use our electric platform as the basis for a jointly-defined vehicle project.”

It is certainly not an altruistic move on VW’s part as they will no doubt get some sort of licensing fees. But if it allows more revolutionary startup electric car makers to emerge, then it is still a great thing.
Read More Via Volkswagen

We have covered the Sono Sion for quite a while now. The little car has ben trying to hardness the power of the sun for more than just auxiliary power. Sono claims that the Sion could get 34 km (21 miles) of range from the sun in a single day during the summer months. Recently Sono has showed an updated version of the Sion which not only hides the solar panels better, but has generally increased in size. Mathieu Baudrit, head of Research and Development, Solar Integration, at Sono Motors had the following to say about the design:

“After unveiling our first prototype in summer 2017, we continued to develop our solar integration technology, which we have been working on since 2016. The production vehicle will feature full-surface integrated solar cells that are embedded in hard-wearing, resilient polymer and that contribute to the vehicle’s design aesthetic thanks to optimized color matching.”

Overall I do appreciated how the solar panels have blended into the body of the car more. The Sion is one of the most unique cars coming out and is expected to start production later this year.
Read More Via Sono Motors

NIO Announces a $1.4 Billion Net Loss for The Year

Being an automotive startup is a hard thing to succeed at, we’ve talked about this time and time again. While NIO seemed to be one of the startups that had the highest chance of surviving, they have had a rocky 2018. Currently NIO only has their large electric SUV, the ES8 with the smaller ES6 coming around May. NIO explains a “greater than anticiapted slowdown” as part of the reason for the less than stellar sales numbers:

“Deliveries of the ES8 in January and February 2019 were 1,805 and 811 vehicles respectively, which reflect a greater than anticipated slowdown in monthly deliveries compared to December 2018. The sequential slowdown in vehicle deliveries in January and February was mainly caused by accelerated deliveries made at the end of last year in anticipation of EV subsidy reductions in China in 2019, the seasonal slowdowns surrounding the January 1st and Chinese New Year holidays, as well as the current slowdown of macro-economic conditions in China, particularly in the automotive sector.”

Additionally due to presumably the current loses and slowdown in demand, NIO has scrapped the plan for a Shanghai plant that it planned in 2017. Currently NIO is producing electric cars in JAC’s plant in Hefei, China and anticipates that it will be enough for the next 2-3 years. Despite the loses and setbacks, NIO CEO William Li remained optimistic and reflected on the goals that NIO has achieved thus far. Hopefully with the release of their new ES6, NIO can get back on track.
Read More Via NIO

Pagani Is Planning An Electric Supercar 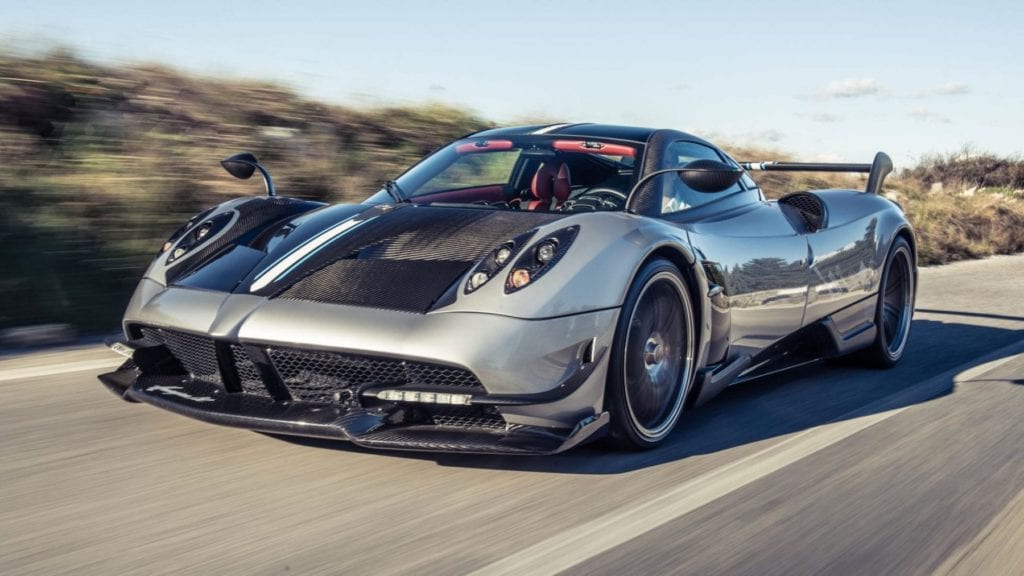 Yeah, you read that correctly. The same Pagani that is known for their screaming low-volume V12 powered supercars will make a car that is powered by a battery. According to a report from Top Gear, Pagani boss, Horacio Pagani, stated that:

“Our future project is a fully electric car in 2024”

Even though its five years away before its planned to come, it is still a weird thing to imagine. And Pagani will need that time because according to him neither his dealers nor his customers want to know anything about electric cars. Truthfully it make sense, a Pagani is probably as far as you can get from the sentiment of an electric car. However given the low-volumes Paganis are made and the growing acceptance towards electric cars, I think the future electric Pagani will have some customers.

BMW Invests $225 Million in Preparation for Upcoming BMW i4

A Convertible VW ID.3? Is That Something We Want, VW Asks.