If you had asked us in the middle of last decade what legacy automaker we think would be one of the leaders in electrification going forward, BMW would have no doubt been on that list. BMW and the i3 (along with Nissan and the LEAF) was among the first automaker to release an electric car that was built from the ground up and prove that have an electric daily driver is a possibility. Over five years since the release of the i3 and i8 and the brand has not really made any progress and has become non-committal to the idea of electrification.

BMW, like Porsche, has for decades billed itself as a real drivers car, its slogan since the 70s has been “The Ultimate Driving Machine” and while it has expanded its lineup to fill the needs and wants of almost every person, it still likes to show itself as an enthusiast brand, especially with its “M” performance models.

Unlike Porsche, BMW in recent times has not been going headlong into electrification even though you could consider them a pioneer in our current generation of electric cars. Whether this is down specifically as a business decision or some sort of conflict in identity of the brand (or both) is unknown, but BMW has been sending mixed messages lately when it comes to electric cars.

Klaus Frolich, the BMW Director of Development has notably been pretty outspoken about the lack of interest in electric cars on multiple occasions.

“If we have a big offer, a big incentive, we could flood Europe and sell a million (BEV) cars but Europeans won’t buy these things. From what we see, BEVs are for China and California and everywhere else is better off with PHEVs with good EV range.”

In addition to this very cautious outlook on electric vehicle adoption, Frolich has recently stated that he believes that fuel cells might be the way to go for passenger cars by 2025.

“Right now a fuel cell powertrain costs about 10 times more than a BEV’s system. We plan to have those costs equalized by 2025 with the third generation of our scalable fuel cell system, which could result in volumes in the hundreds of thousands.”

“I think that the future developments of battery cells could make them the most suitable solution for passenger cars by 2025.”

When’s the last time you have seen a fuel cell vehicle? Apparently BMW believes that there will be enough adoption to put forth work into it by 2025.

So with all these comments being thrown, it becomes very surprising that BMW announced that it would move up its electrification plans by two years and offer 25 electrified cars by 2023. And as far as we can tell these are not just simple replacements of powertrains in the case of the i4 and iNEXT, these were cars that were built as electric cars first (with the possibility of taking regular engines).  They even showed off an M-car concept that could be the successor to the i8 as well as an electric sports bike, things that a BMW purist might find sacrilege.  The company has also been one of the founders of the IONITY network, bringing a fast-charging network that would cover Europe. There is clearly some effort being put in by the company as they announced that they would be closing their Munich plant for a few weeks to get ready for i4 production. It would seem like there is more effort being put then their comments would lead us to believe. 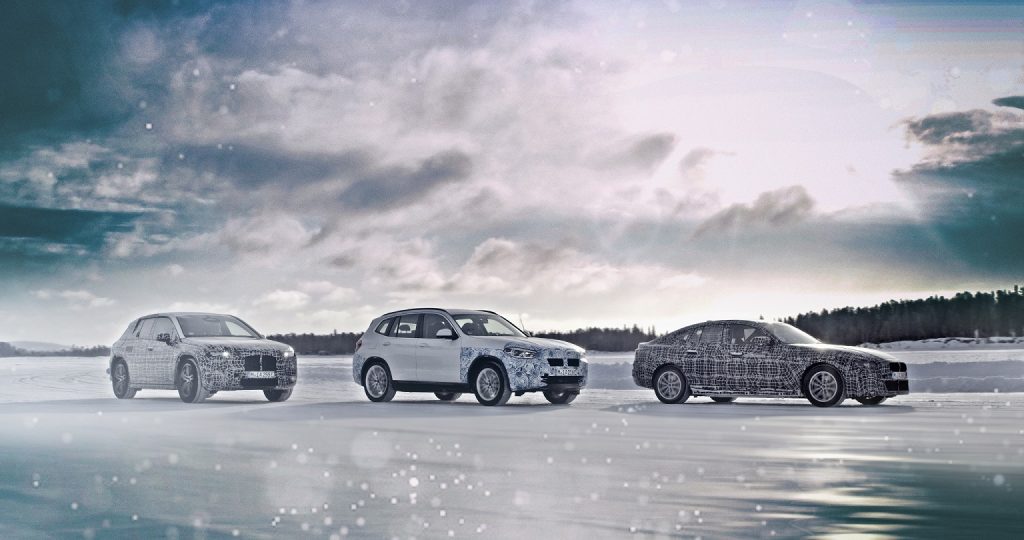 BMW truly confuses me on what it wants to be in the future and where it wants to place its resources. At this point, it might rest on how well the iX3, i4, and iNEXT sell. If they do poorly they’ll just say, “we told you so”, but if they do well then BMW might actually fully commit to future electric cars.

What do you guys think of BMW’s strategy and comments? Let us know down in the comments below.