Happy July everyone and welcome to another addition of our weekly round up, where we recount the EV news that we didn’t cover at length. This week we saw Toyota starting to test a Prius that is almost fully adorned with solar panels to get some decent range. Additionally we saw BMW’s current CEO stepping down which might spark an increase in BMW’s electrification efforts based on who replaces him. Along with the EV news that we did not cover, we have a recap of all the EV news that we did cover in length at the bottom as well, in case you missed it.

Toyota Is Testing an 860W Solar Panel Array Atop a Prius

In partnership with both Panasonic and NEDO, Toyota has announced a project which will outfit a Toyota Prius with solar panels to get a meaningful amount of daily range from the sun. This is not the first time Toyota has placed solar panels atop one of their cars as the current Toyota Prius Prime has an option for solar panels in the Japanese market. However, these panels did not amount to much range, only a few miles a day. This time however, Toyota has placed a much more extensive system of solar panels that cover the hood, roof, rear hatch door, and other parts of the car. In addition to having more solar panels in general, the conversion efficiency of the panels being used is also higher. While the Prius Prime has panels with a 22.5% efficiency, the ones being used on this test vehicle are 34%. All of this combined means that this Prius can see upwards of 35 miles (56 km) of range per day from the sun and is able to charge the main battery while the car is in motion (something that the Prius Prime cannot do). Toyota is looking to start public road trials at the end of this year and hopes to “contribute to the creation of a new solar battery panel market, including the transport sector, and find solutions for energy and environmental issues.” With this project and the recently announced Lightyear One, it seems that solar powered cars are becoming closer to reality.
Read More Via Toyota

Auto Expert Claims That Hydrogen Will Overtake Electric Cars by 2030 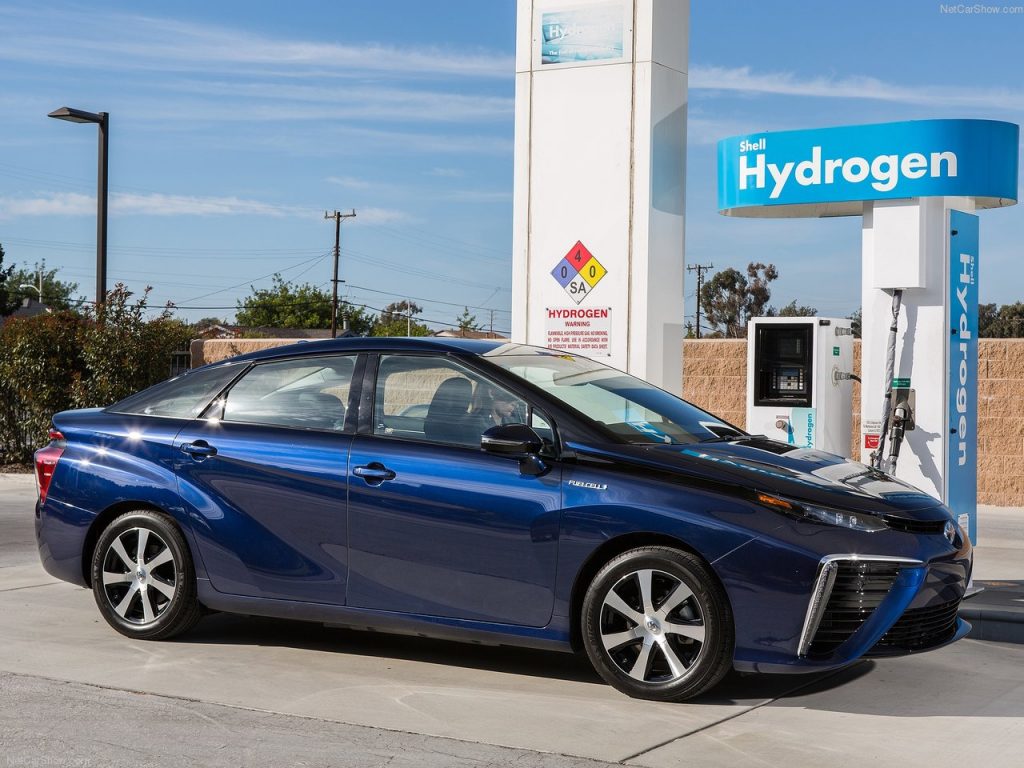 During a presentation in Germany, Dr Felix Gress, head of corporate communications and public affairs at automotive technology firm Continental, had stated that fuel-cell cars will be the future and that electric cars represent a poor value compared to gasoline and diesel alternatives. He stated that, “for the customers, it will be difficult to accept such a car in the market – you pay a higher price, you get less of a car, so it will be a tough sell”. While electric vehicles seem to be the hot topic right now, Gress states that fuel-cell vehicles are just not ready at the moment, however he feels that by 2030 they will have matured enough to take on electric cars. He states that the biggest detraction from electric cars is the battery technology which doesn’t generate enough range for some people. As a side note, the Toyota Mirai has a range of 312 miles while the newest Tesla Model S has a range of 370 miles. If you assume the two technologies advance at the same rate (which seems unlikely as most automakers are seemingly putting full efforts into battery electrics) than the electric car will still have a higher range. As of now Toyota is the only major automaker that is putting serious effort into hydrogen fuel-cell cars, we’ll see how long their pursuit of the technology lasts and if they can bring in any other automakers on board for their quest.
Read More Via Auto Express

BMW CEO to Step down 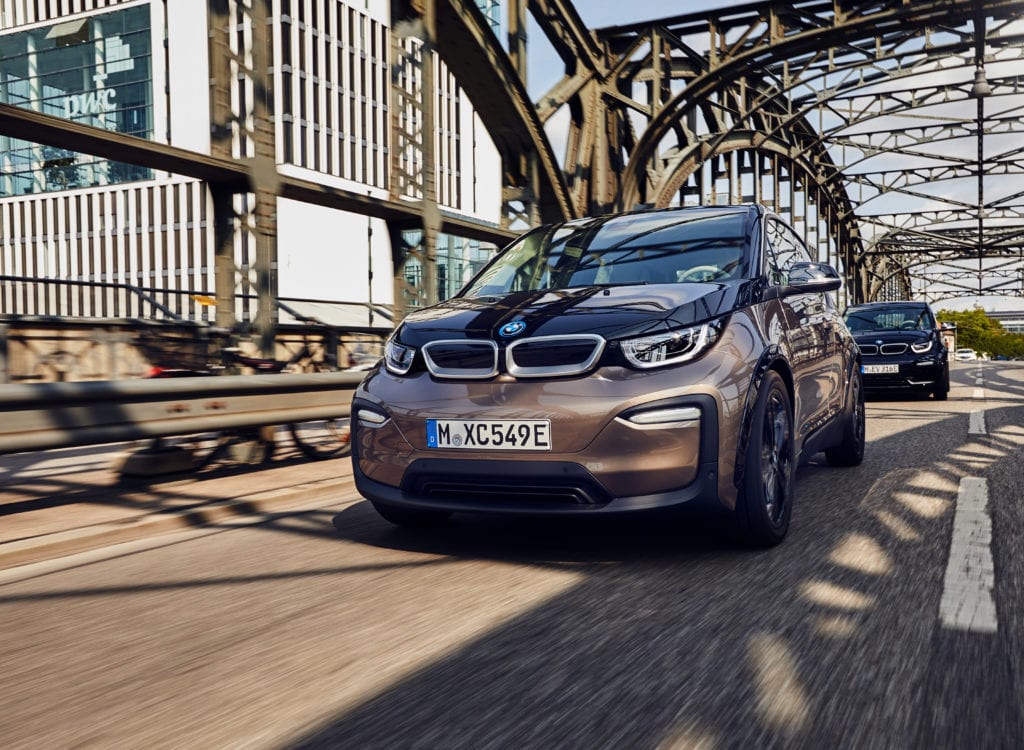 Normally we wouldn’t cover the departures and arrivals of various executives (unless it’s a mass exodus like the case with Faraday Future was), given BMW’s size and rather critical attitude towards electric cars, we thought it was fitting to cover it. BMW has recently announced that their current CEO Harald Krüger will not renew his contract and will let it expire in April 2020. BMW has recently reported their lowest earnings in about a decade and they are looking to shake things up. With the current trend towards electric cars Krüger’s attitude towards electric cars was no aggressive enough and the company is losing the race to release electric cars to its German rivals, Audi and Daimler. It is important to remember that when the BMW i3 came out in 2013 (under their previous CEO) the only other real options for electric cars were the Model S and Nissan Leaf. However, after Krüger had taken over, the company had just thrown away its lead in electric cars. With the iX3 coming out at the end of this year, there is a seven-year gap between a release of an electric car from BMW. In that time period Telsa had released the Model 3, Audi the e-tron, Mercedes the EQC, Chevrolet the Bolt, Hyundai the Kona Electric and just an absolute tidal wave of electric cars on the horizon. Ferdinand Dudenhoeffer, director of the CAR Center for Automotive Research at the University of Duisburg-Essen, had stated that Krüger had been “too cautious” and that “BMW was not able to use the head start for a new generation of electric vehicles.” Hopefully the new replacement will be able to take the reigns efficiently and have BMW be more aggressive with its electrification efforts.
Read More Via Associated Press

With Bentley’s 100th birthday fast approaching, the English automaker has teased a new zero emissions concept car that it will fully reveal on July 10, 2019. Bentley describes the car as:

The Bentley EXP 100 GT is also a showcase of sustainability and innovation, engineered to create a greater awareness of the world outside. It will feature a fascinating array of materials seamlessly blended together by the designers at Bentley Motors, who have taken handcraftsmanship of materials to an as yet unseen level to set the new benchmark for luxury craftsmanship.

Bentley’s vision of the future of luxury mobility, it will intelligently and sustainably enhance the owner’s grand touring experience, whether enjoying the thrill of driving or being driven autonomously.

No one for sure knows the body style of the concept, but Bentley has previously shown off a gorgeous EXP 12 Speed 6e Concept which was a fully electric convertible. Fingers crossed for something as pretty to be announced next week.
Read More Via Bentley

Lotus is very proud of its upcoming electric hypercar formally known as the Type 130. Its the first hypercar from Lotus and its the first car that they will produce following their acquisition by Geely. Given these firsts, Lotus has tried to somehow incorporate it in the name. Thus, the name Evjia was born (pronounced ‘ev-eye-a’), according to Lotus the name means “the first in existence” or “the living one”. In exactly what language Evjia means that is a mystery. The most Jalopnik found was that it was a Latvian variation on the name ‘Eva’. Some pointed out that it could have biblical connotations by relating the name to Eve, one of the first humans. Perhaps we are looking to deep into the naming choice, but if you have a word that sounds like Evjia in your language, please let us know. The Lotus Evjia will be fully revealed in London later this month.
Read More Via Lotus

BMW i3 Concept Gets 100 kWh Battery Pack for an Increased Range...