Audi still has a while to go to reach its goal of having 20 different electric offerings by 2025. With the e-tron and e-tron Sportback holding their own, the German automaker is working on providing a smaller option as production of its Q4 e-tron starts.

The Q4 e-tron will actually be the first electric SUV that Audi will produce within its home country as the regular e-tron is built in Belgium. Just like many other VW Group offerings, the Q4 e-tron will be built on Volkswagen’s MEB platform. 1,400 factory workers will be working at the Zwickau plant which will also be producing the VW ID.4 side-by-side with the Q4 e-tron. 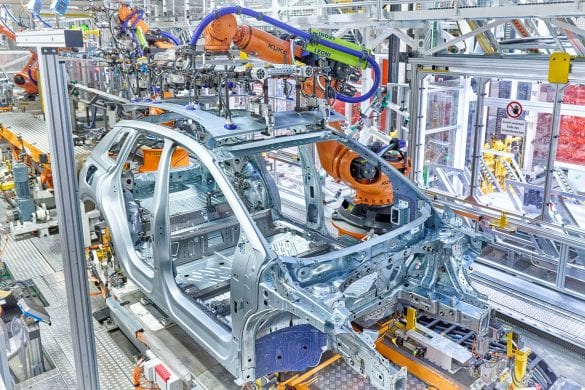 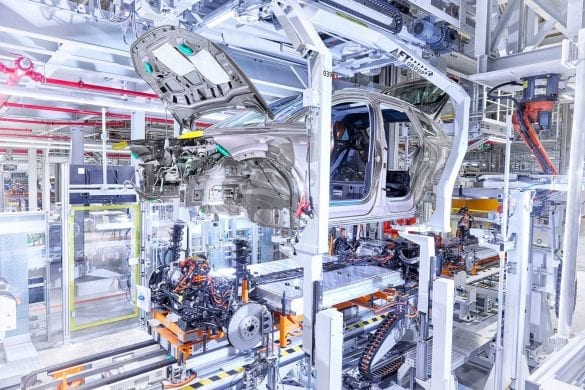 Peter Kössler, AUDI AG board member for Production and Logistics commented on the collaboration:

“The cross-brand collaboration in Zwickau demonstrates once again the enormous synergy potential that we enjoy with the Volkswagen Group. The on-schedule start of production of the Audi Q4 e-tron is testament to the outstanding teamwork – among the Volkswagen and Audi colleagues alike. Our compact electric SUV is unmistakably a true Audi that will wow our customers with its outstanding quality and everyday usability.”

“With the start of production of the Audi Q4 e-tron, the Volkswagen plant in Zwickau is now a multi-brand plant. As a result, we are writing yet another chapter in the long history of the automotive industry here in Saxony. I’d like to thank all the Audi employees who are currently manufacturing the vehicles to the very highest quality, in the agreed-upon volume, and on schedule.”

The Zwickau plant is proving to be an invaluable piece to Volkswagen and their sub-brands efforts in electrification, responsible for building many of the group’s offerings. Audi states that its Ingolstadt and Neckarsulm plants will soon be capable of producing electric cars with the Neckarsulm plant producing the Audi e-tron GT.

The full reveal of the Audi Q4 e-tron will happen next month, with deliveries starting in the Summer for the European market.