Audi’s e-tron lineup has effectively doubled with the German brand announcing a sportier variant of both their existing e-tron and e-tron Sportback electric SUVs.

Spy shots of a beefier e-tron have been floating around since the middle of last year. I assumed that it was partly the reason for the one year gap between the debut of the e-tron and the virtually identical e-tron Sportback, I thought that the e-tron Sportback would debut with the more aggressive powertrain option, but alas that was not the case.

But now we have it, the new S varients of the e-tron and e-tron Sportback. The S variants of the electric SUVs will have a tri-motor setup with two in the rear and one in the front. 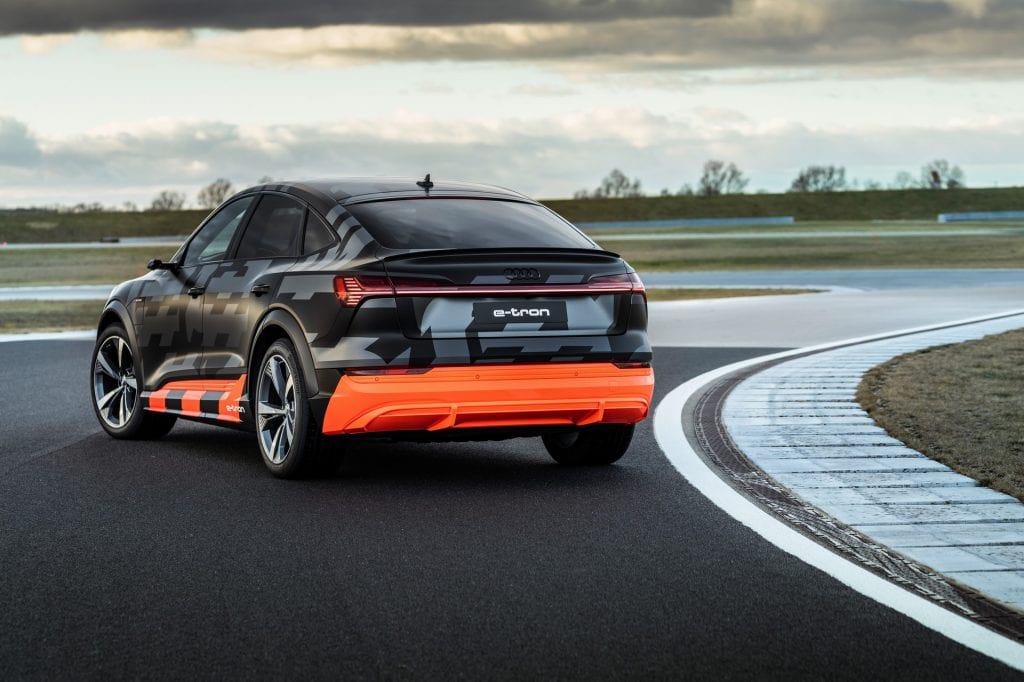 The extra motor in the back isn’t only useful for the extra power, but it now allows for torque vectoring of the rear wheels, allowing for different amounts of power to be delivered to each wheel. According to Audi, “If the driver accelerates out of a curve in a sporty manner, the electric motor gives the rear wheel on the outside of the curve up to 162 lb-ft (220 Nm) more torque than the wheel on the inside of the curve.”

So not only is there an increase in speed, but there should be a substantial increase in the handling of the e-tron S.

Audi did not give a figure for the range, but given that it uses the same 95 kWh battery (86.5 kWh usable) battery we assume that range will suffer and that the range will be under 200 miles. Audi does state that during regular driving the front motor is not engaged until it is needed, but we do not know how much that will help with efficiency.

In regards to styling, Audi has not done much to differentiate the e-tron S from the regular e-tron. The S variant does carry a more aggressive front end and rear diffusor along with slightly wider wheel arches. There are also brake cooling ducts that open when necessary to stop your brakes from getting too hot during aggressive driving. 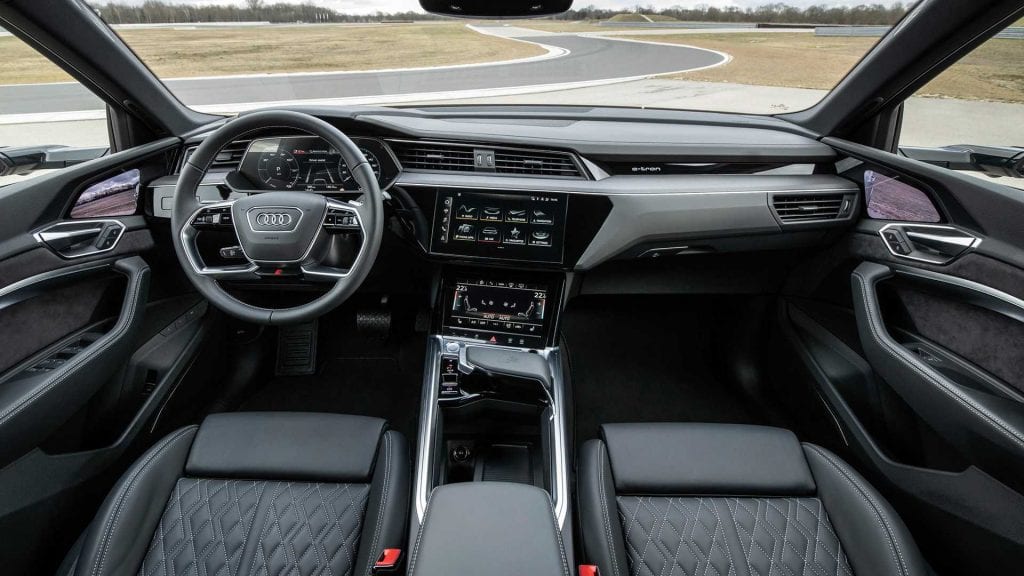 The interior remains largely unchanged with Audi saying that the S versions will come with a mix of leather and Alcantara sports seats.

No pricing has been given, but you can assume that there will be a healthy premium over the base model.