Teardowns of Teslas in the past have always yielded positive reactions from the people doing the teardowns. Of note, we’ve had Model 3 teardowns from Munro & Associates and a teardown from a group of German engineers, both of which sung the praises of the engineering happening at Tesla. Last week we had another teardown of the Model 3 that might be sobering for Tesla’s competition.

Last week Nikkei Business, a Japanese media outlet took a crack at disassembly the Tesla Model 3, and we very impressed with what they found, especially concerning Hardware 3.

“What stands out most is Tesla’s integrated central control unit, or “full self-driving computer.” Also known as Hardware 3, this little piece of tech is the company’s biggest weapon in the burgeoning EV market. It could end the auto industry supply chain as we know it.”

One Japanese Engineer from an unnamed Japanese brand stated that “we cannot do it.”

Tesla was very proud of the advancements that it made with Hardware 3 when it unveiled it at Autonomy Day last year. The chip represented a humongous jump from Hardware 2.5 with a 21-fold increase in performance (2300 frames per second vs 110) all while using only 1.25x the power and being 0.8x cheaper to make. 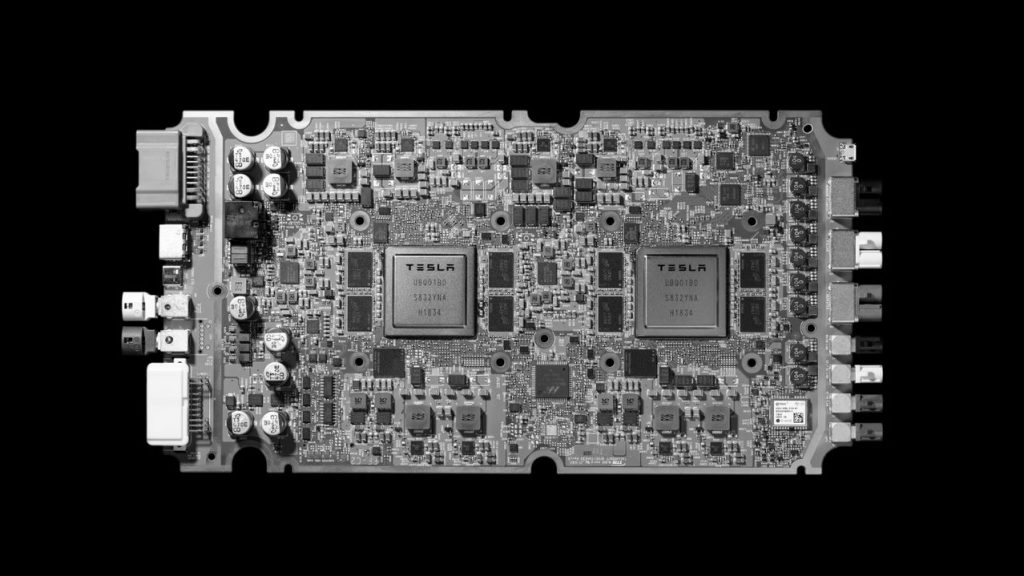 It looks like the pride from Tesla regarding their chip was warranted as Nikkei found it to be vastly superior to anything we see in other Japanese automakers.

This kind of electronic platform, with a powerful computer at its core, holds the key to handling heavy data loads in tomorrow’s smarter, more autonomous cars. Industry insiders expect such technology to take hold around 2025 at the earliest.

That means Tesla beat its rivals by six years.

Nikkei would go on to posit that given the vast expertise and finances of someone like Toyota and VW that it would be easy for them to make something similar in much quicker than six years. But they go on to give an interesting explanation for why they moving through quicksand.

The real reason for holding off? Automakers worry that computers like Tesla’s will render obsolete the parts supply chains they have cultivated over decades, the engineer said. Such systems will drastically cut the number of electronic control units, or ECUs, in cars. For suppliers that depend on these components, and their employees, this is a matter of life and death.

So whether it is due to a feeling of obligation or long-standing supply contracts from their suppliers, automakers are shackled to their complicated web of connections rather than just consolidating everything neatly as Tesla has.

The explanation is interesting and does point to another benefit of Tesla’s tight control of its production, but I find it hard to believe that “feeling obliged” (as the report says) to their suppliers is the one thing that is holding back innovation for companies.

It now seems that another not widely talked about the benefit of electric cars is emerging. With the relatively less complex electric powertrain and a need for fewer parts, Tesla has been able to devote more time to its software than a traditional automaker would have time for, leading to this huge gap in technological advancement.

The “Tesla is a tech company” argument continues to grow stronger with each passing day.

What do you guys think? Is Tesla really six years ahead of the curve when it comes to electronics? Let us know down in the comments below.