Today at the Royal Danish Playhouse in Copenhagen, Audi unveiled the full interior of their new e-tron quattro prototype for the first time. Despite delaying the launch of the car following the arrest of its CEO, Audi is still slowly revealing the car to us.

Here are some pictures that Audi released to the media after the event: 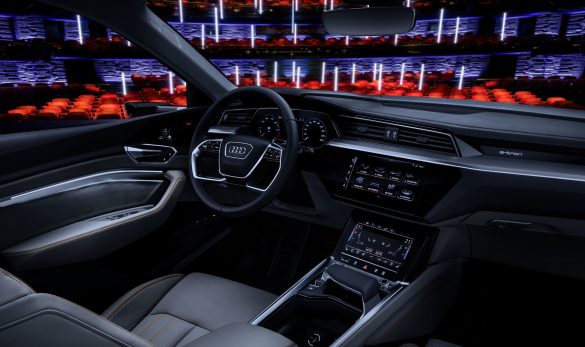 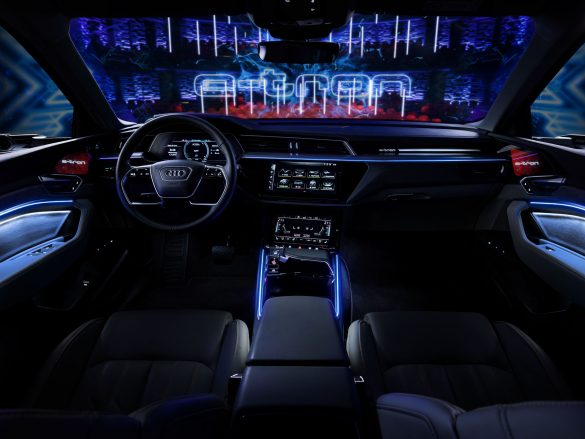 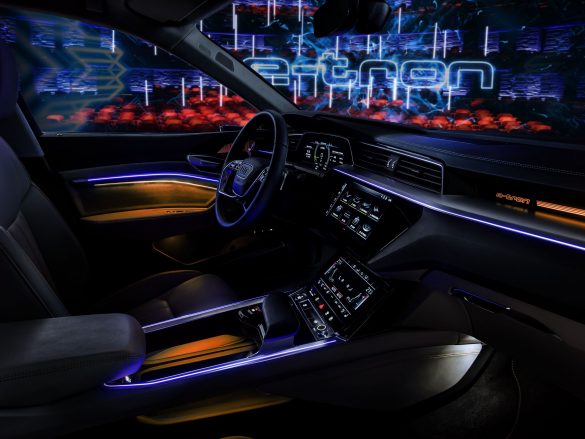 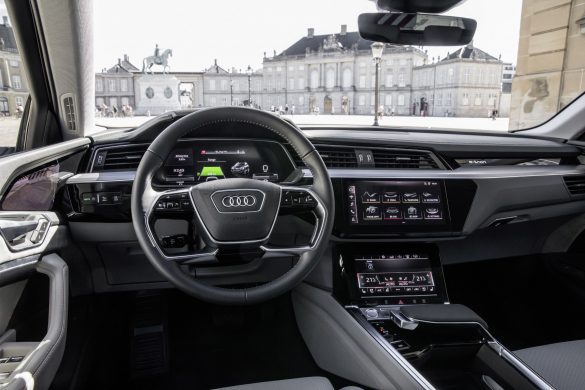 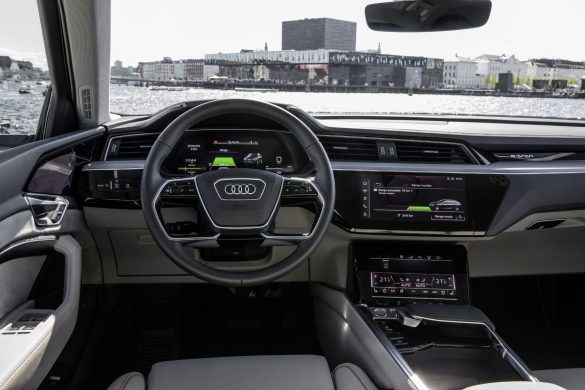 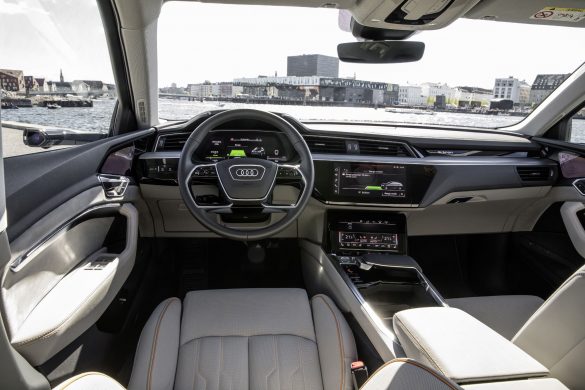 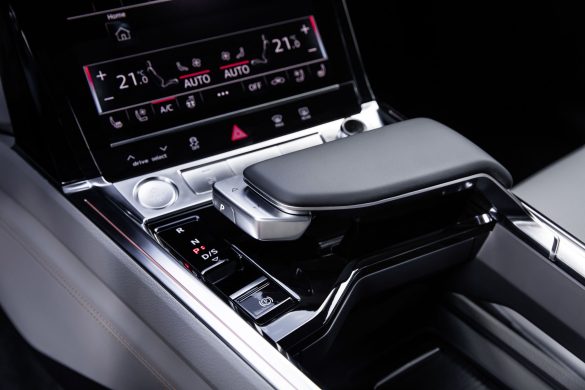 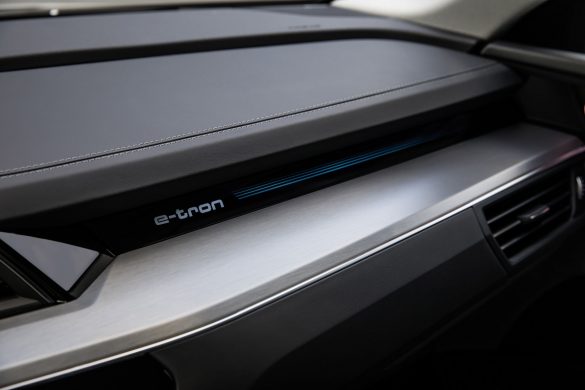 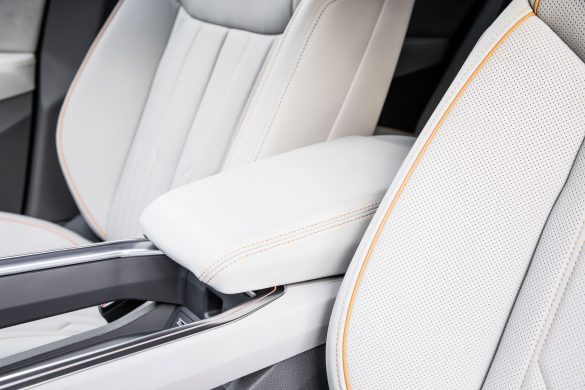 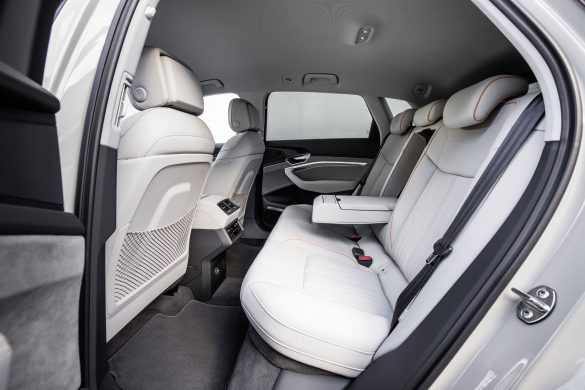 Audi had the following to say about the interior:

The stage in the interior of the Audi e-tron prototype forms a large arc, the wraparound. It envelops the extensive instrument panel with pronounced horizontal lines as far round as the sculptural door trims. It incorporates harmoniously the hood above the standard Audi virtual cockpit whose sleek display stands visually free in the space, as well as the displays of the optional virtual exterior mirrors. These mirrors will be making their world premiere in the volume-production version of the Audi e-tron prototype, taking in-car digitization to a whole new level.

Those virtual mirrors have been a highly touted feature of the new e-tron Quattro. Not only for its technological advancement, but also for its aerodynamic improvements. You can see the screen for it in the corner of the door panels.

The virtual exterior mirrors not only provide a new technology experience, but also many practical benefits in terms of comfort and safety. Their flat support integrates a small camera whose image is digitally processed and shown on high-contrast 7-inch OLED displays in the interior. The driver can enter different settings using the touchscreen function. The image detail can be moved, providing the required field of vision, while the user can also zoom in and out of the image. The driver can choose from three views in the MMI system for different situations – for highway driving, for turning and for parking. 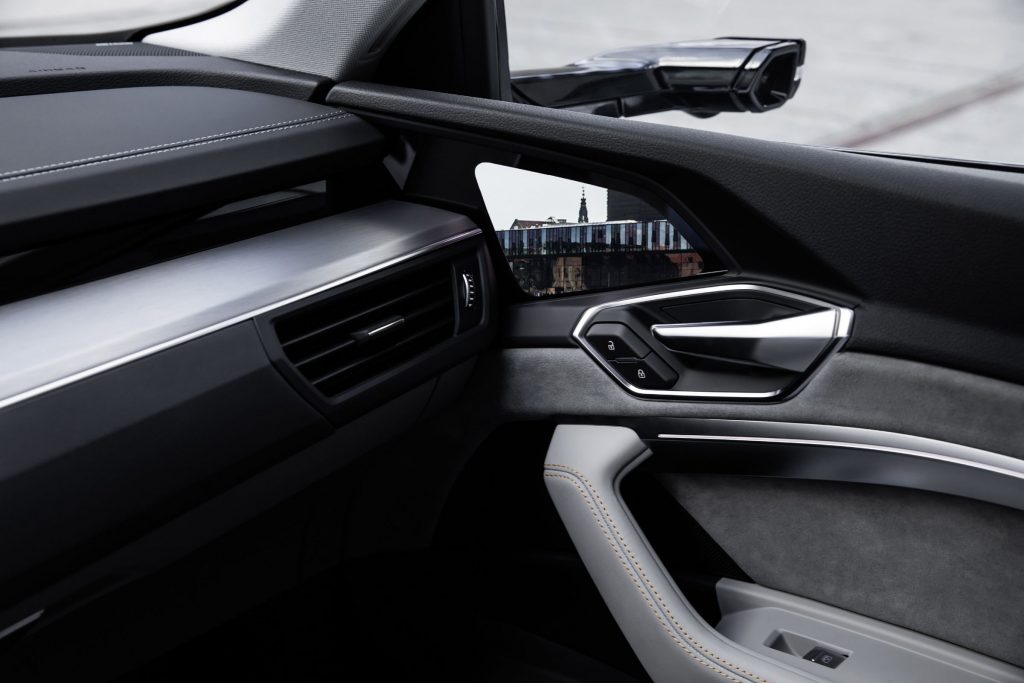 Along with the mirrors, Audi also talked about its sound system:

Like a concert hall, the electric SUV also offers a pure sound experience, pampering its driver and the passengers as an option with the 3D sound of the Bang & Olufsen Premium Sound System. This system reproduces the music precisely how it was recorded – without any artificial effects. All thanks to 16 loudspeakers and an amplifier delivering up to 705 watts of power. 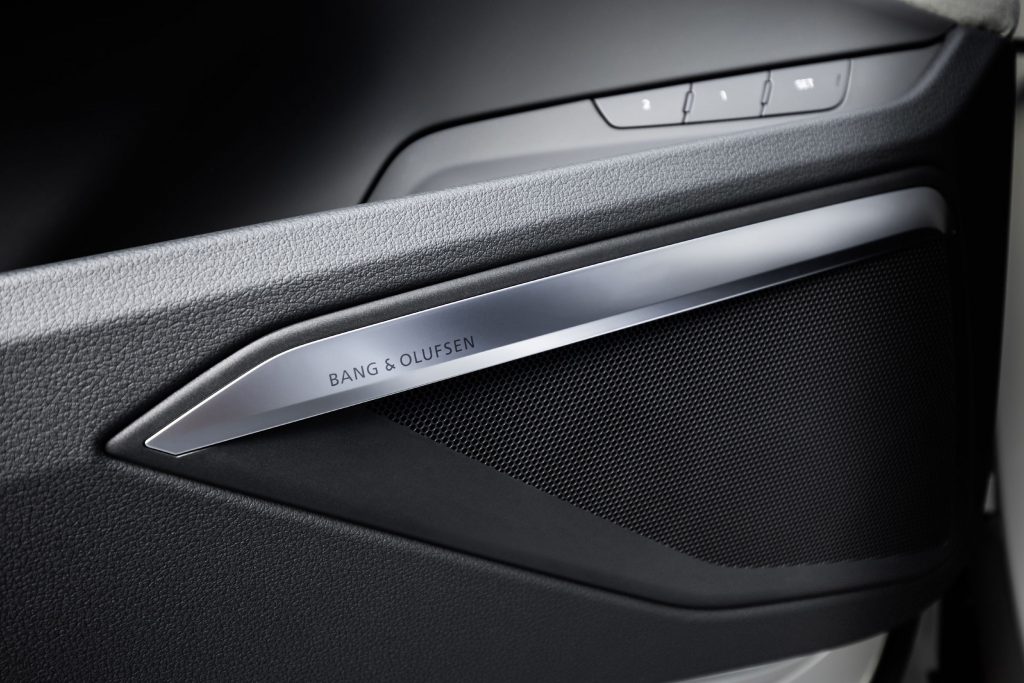 Audi also made mention of its center console:

Another eye-catching feature in the interior is the center tunnel console which rests on open sidewalls. The hand rest with integrated gear change lever appears to float above the console. Lightness and performance are fused into one. The entire driver’s area is focused squarely on the driver. 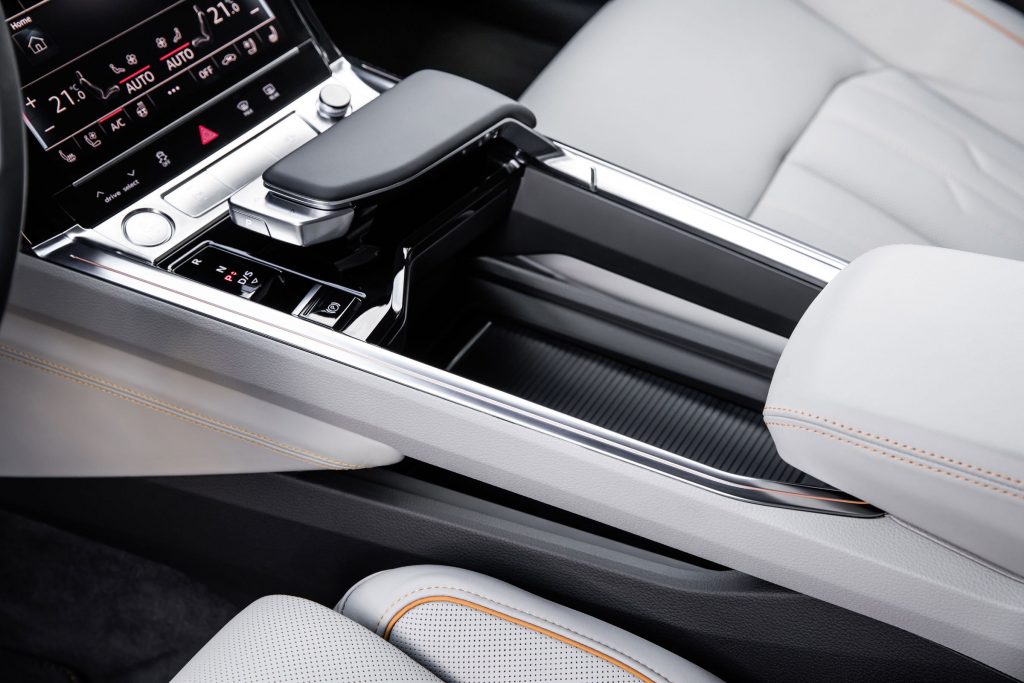 The e-tron quattro will be the first of a series of fully electric German SUVs to be produced. Mercedes-Benz has its EQC coming next year. BMW has the iX3 coming out in 2020.

Audi is in a good position as it will be the first all-electric German SUV to come to market. But with the currently instability in the company, we have to be cautious about how well this car will be launched.

As of now we know that the SUV is equipped with a 95kWh battery pack, 3 motors making 320kW and is capable of charging at up 150kW. Audi also confirmed that it will have a starting price of €80,000 in Germany, and will have a range of ~250 miles.

Any other performance specs have not been revealed to us at this time.

Overall, I think this interior is nice, I have always thought that Audi made good interiors and this is no exception. The virtual mirrors are a neat feature and I hope they end up working well. Obviously this interior isn’t as outlandish as something like what we’ve seen from Byton. But its better that Audi perfects the actual drivetrain and before they go wild on the inside.