The ID. SPACE VIZZION is now the seventh concept that Volkswagen has based on its MEB platform. According to Autocar, the production model will be known as the ID.5 according to Volkswagen’s ‘the bigger the car, the bigger the number’ naming scheme. Additionally, Autocar states that the production model should not change too much from the concept in terms of design or power.

Speaking of power, the concept is fitted with a single rear motor making 275 hp, but VW says that a second motor can be fitted for all-wheel drive and would bump the power output to 355 hp. The dual-motor setup would bring the car to 60 mph in about 5 seconds. In terms of range, the single motor version is targeting a 300 mile EPA rated range, but there is no word on how much the second motor would lower the range. Both would presumably use the same 82 kWh battery (with only 77 kWh being used). 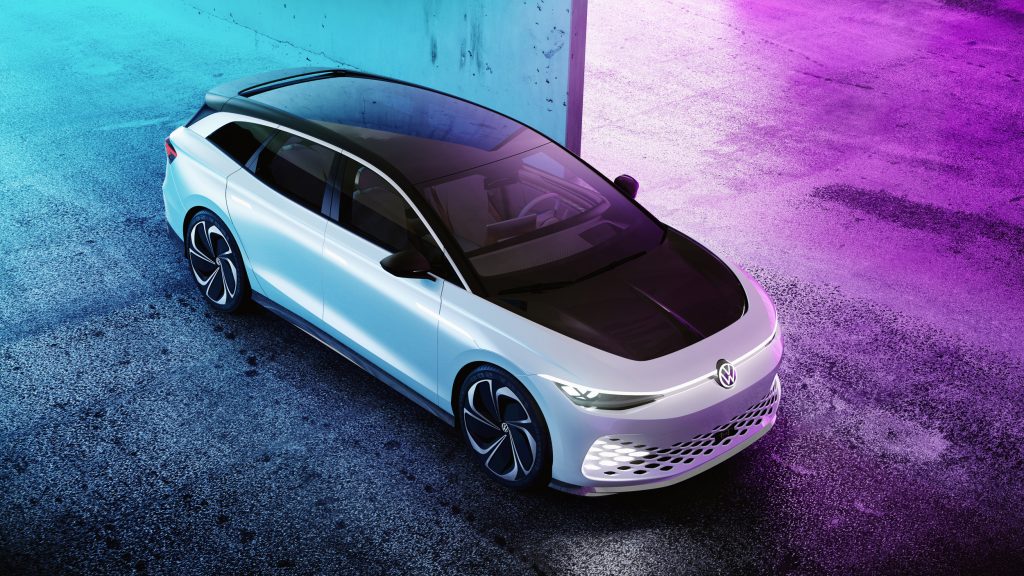 The range in thanks in part to having a coefficient of drag (Cd) of just 0.24 as VW says that they have made a lot of design choices to improve aerodynamics as much as possible. One design choice was completely forgoing door handles, and I do not mean having them recessed into the door like Tesla and other automakers have been doing. The ID. SPACE VIZZION has a capacitive area on the doors that light up when it senses that someone with a key is walking up to it. All you have to do is press that area and the door will open. We are unsure if that will make it to the production version, and if it does, we hope that there will be some sort of manual override. 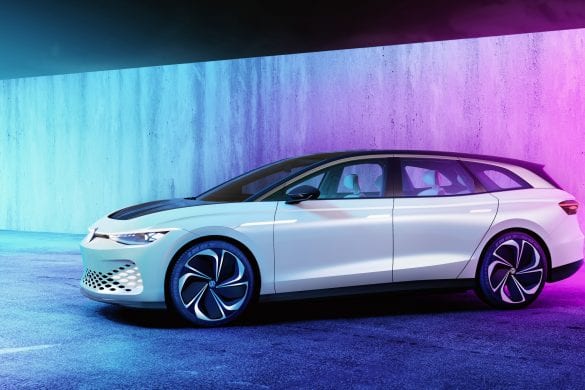 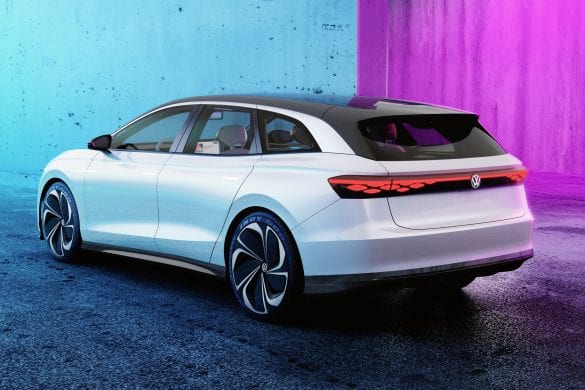 The rest of the exterior has a very clean design with a lot of lighting elements around the car such as the illuminated VW badges.

Moving inside the car we are met with three aspects that Volkswagen wants to highlight, “excellent use of space, sustainable materials, and completely intuitive controls”. As you can imagine the dashboard is dominated by a large 15.6-inch touchscreen in the center with a smaller screen behind the steering wheel. 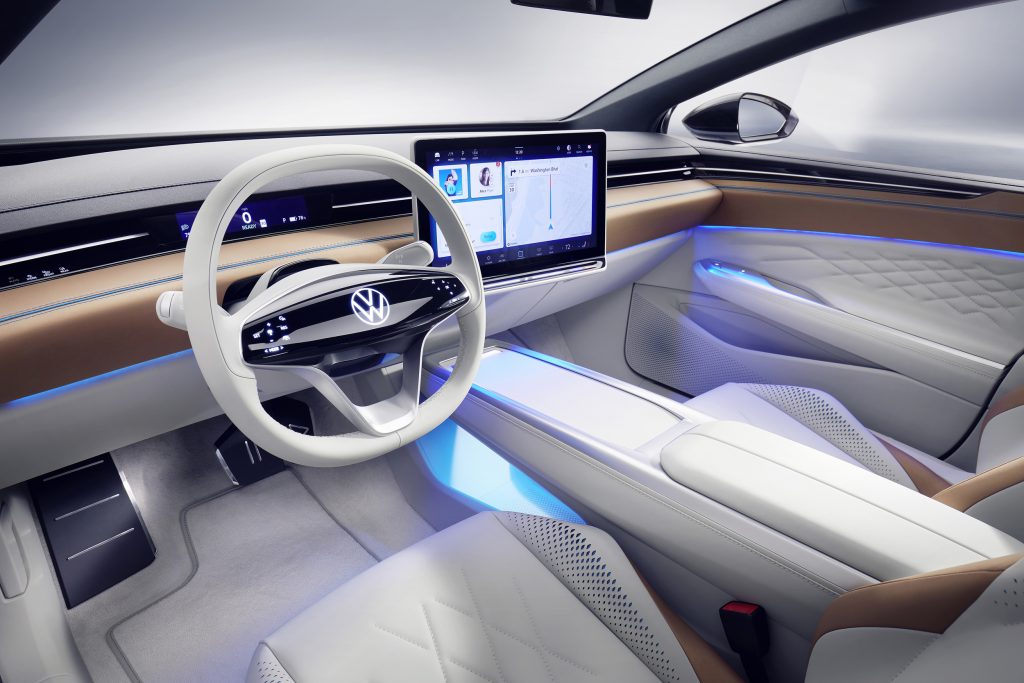 However, VW also incorporated another feature to deliver information to you in the form of the “ID. Light”. The light is a strip located between the A-pillars and will be used to provide feedback to the driver along with giving him greetings and goodbyes. Volkswagen provides the following example:

For example, in navigation, the ID. Light flashes to recommend that you change lanes, and the system can also warn the driver if their car is in the wrong lane. With voice control, the driver and front passenger receive voice feedback in the form of a light signal. The light indicates whether the voice control assistant is responding to the driver or the front passenger. Colors are also used in line with intuitive perception—green indicates a fully charged battery while red is used for braking prompts. 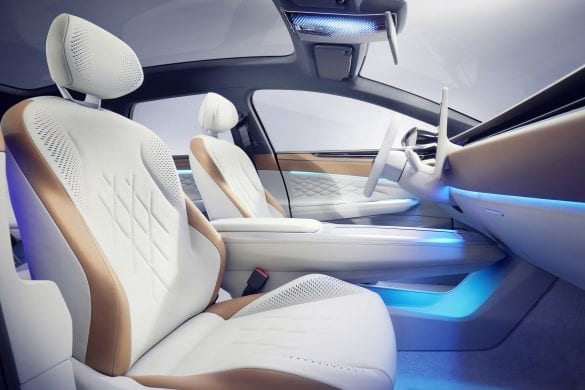 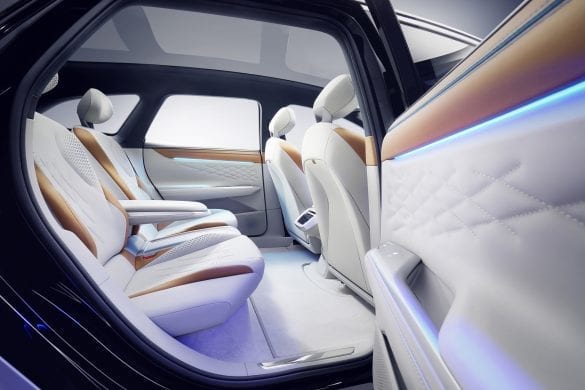 Some of the other examples VW lists for the ID. Light are:

The ID. Light performs the following functions while stationary:

The ID. Light performs the following functions while driving:

Volkswagen has also taken steps to make it’s interior more sustainable with the use of AppleSkin instead of leather. AppleSkin is a material that VW developed that contains the residual matter from apple juice production. They say that a future version of the AppleSkin will be able to replicate a metallic surface and will be illuminated by ambient lighting. Pretty soon you VW will be just one large apple.

Look for the ID. SPACE VIZZION (or ID.5) to start production around 2022 and have deliveries to both North America and Europe.