Not to be out done by its pickup truck brothern, the R1T, the R1S was revealed to equal fanfare. In an electric SUV market that is quickly becoming saturated with the likes of Audi, BMW, Mercedes, and Jaguar, Rivian has decided to throw their hat into ring as well.

While the Rivian R1T has a lot of space to play around in the barren electric pickup truck market, the R1S will have to face some stiff competition. The biggest of which will be, yup you guessed it, the Tesla Model X. So what does the R1S bring to the table. 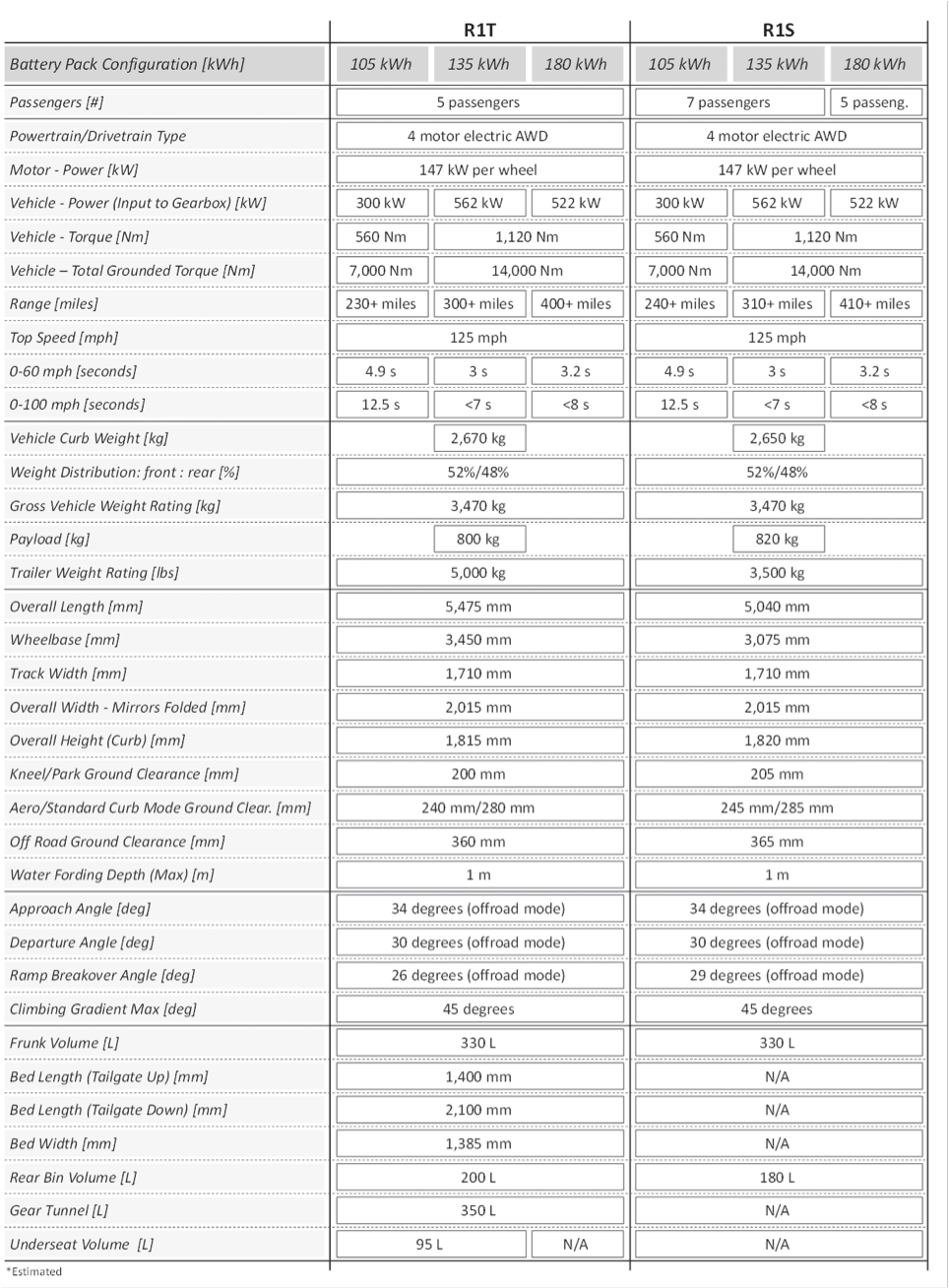 On top of the absolutely ludicrous range, this nearly 3 ton SUV will get you 0-60 mph from anywhere from 4.9 seconds to 3 seconds flat.

The R1S also comes with all the technological bells and whistles that EVs are expected to have. The interior consists of a custom 15.6-inch center touch screen, 12.3-inch instrument cluster and a 6.8-inch rear touch screen. On the outside it has a suite of cameras, lidar, radar, ultrasonic and a high precision GPS. This allows the car level 3 autonomy while driving on the highway. 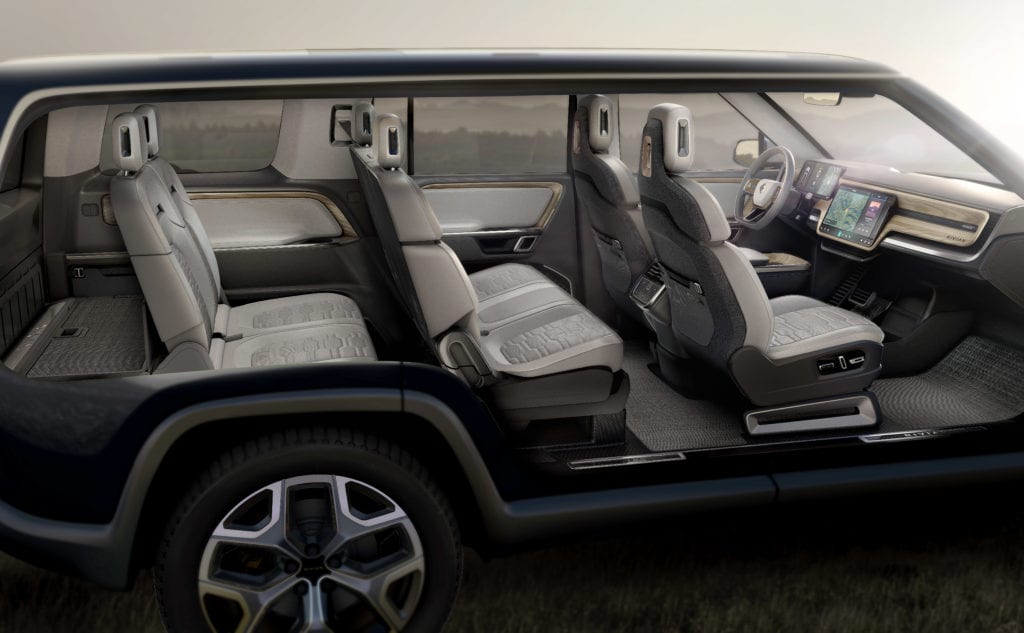 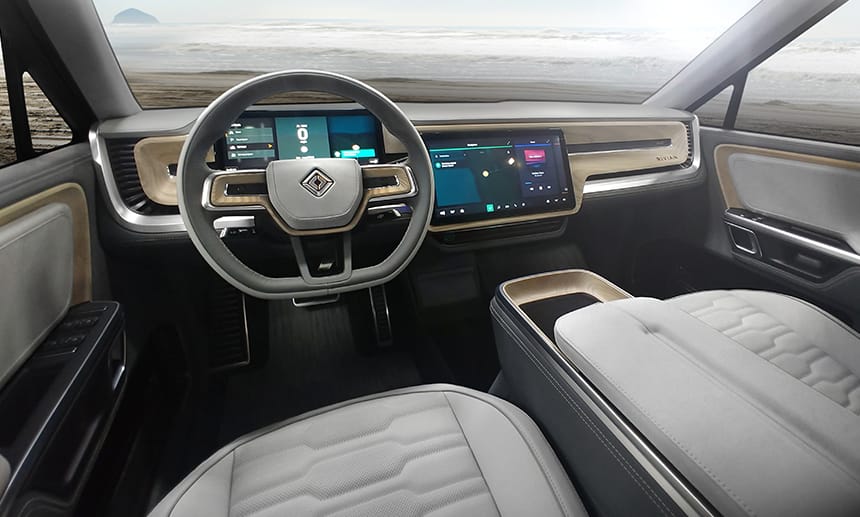 So typically with the upcoming electric SUVs, I do not like to compare them to the Model X. For the most part the Model X is larger, faster, and has a longer range. However, this Rivian R1S, might be the best competitor coming out against the Model X for the foreseeable future.

It is only about 2 inches shorter than the Model X, and unlike most other electric SUVs, does have space for 7 passengers. (Note: In the spec sheet it states that the 180 kWh version can only seat 5 passengers. I have reached out to Rivian for a comment).

If we were take the lowest specced models of each cars, the Rivian R1S 105 kWh would edge out the Model X 75D.

And then when we compared the top end models:

This is where the R1S makes its case against the Model X, with highly improved range. But lets get a couple things clear, I do not think that Tesla is “done for”. The top end R1S almost doubles the battery capacity of the P100D, so it should have a greater range. Additionally, Rivian will not start delivery until late 2020, which gives Tesla a decent amount of time to change the batteries within their models.

However, as of right now, the R1S looks like a really good alternative to the Model X if you want to stay in the same size segment. And while we do not know the price of the top tier R1S, we do know that the full tax credit that Rivian will have, will be nice advantage over Tesla. (assuming the tax credit rules stay as they are now, which who knows if it will at this point)

Rivian has made a fan out of me. However, I am a cautious fan. Getting into the auto industry is hard and expensive, as evidenced by companies like Faraday Future. Will the R1S put the rest of the electric SUV market to shame in 2021? Guess we’ll just have to wait.

What do you guys think of the R1S? Let us know down in the comments below.

Weapons maker Kalashnikov joins the EV race with its CV-1