The Porsche Taycan lineup has now doubled in size as the German automaker reveals its electric wagon counterpart to the regular Taycan. While the Cross Turismo concept was not shown too long after the initial Mission E concept that would turn into the Taycan, its production debut has been put on hold. While it was initially intended to come in 2020, the performance wagon will instead come later this year.

The Porsche Taycan Cross Turismo retains many of the same stylings and technologies as its sedan counterpart, albeit with a little bit more room and light off-road capabilities.

From the very start, the Cross Turismo will be available in four trim levels that are found in the Taycan. A notable exception is that there is no announced base version. Given that the base Taycan only has a single motor, it would go against the utility and ‘off-roadness’ of the Cross Turismo if it didn’t have all-wheel drive. Thus it will be available in the corresponding trims that have dual motors.

All versions of the Cross Turismo will have “two-speed rear transmission, Porsche Adaptive Suspension Management in conjunction with air suspension, Performance Battery Plus and its 800-volt battery architecture, adaptive aerodynamics, panoramic glass roof, and Porsche’s PCM system”. The full performance numbers haven’t been given, so we won’t know the EPA range until it’s closer to the delivery date. Porsche did reveal that the 0-60 time of the Cross Turismo is slightly slower than the corresponding sedan trim with it taking 0.1 seconds longer to reach 60mph across all the models. 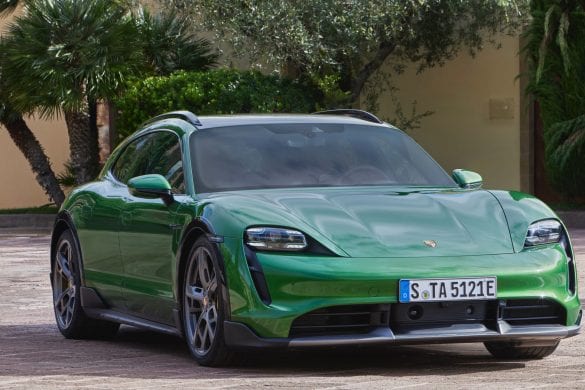 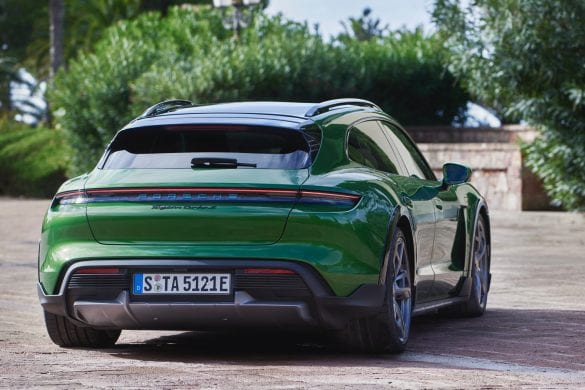 Well for one, the shape, obviously. The Cross Turismo has a longer and taller roofline that gives front-seat occupants 0.35 inches and rear seat occupants 3.62 inches of additional headroom. While the front seat headroom increase is minimal, the rear passengers will certainly get some extra breathing room.

Along with the added interior space, Porsche has increased the ride height of the Taycan Cross Turismo by 0.78 inches. There is also an Off Road Design Package that further increases the height by about 0.39 inches and adds additional body cladding. Like most luxury cars that are advertised with off-road capabilities, I don’t know how many will actually take their $90,000+ car on dirt roads, but I guess it’s nice to have the option. Right? 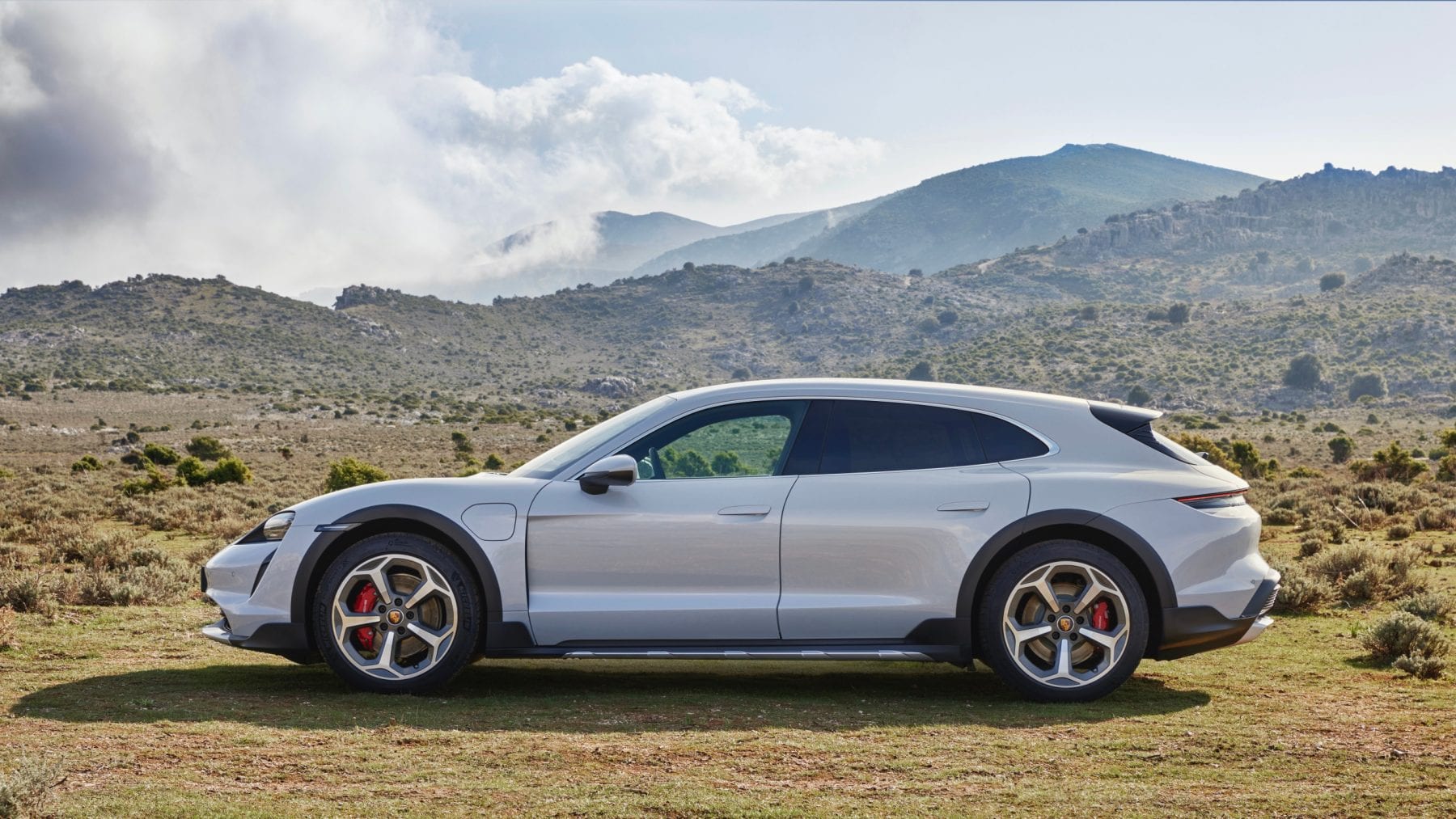 Continuing on the off-road utility, each Cross Turismo comes with a gravel mode that increases the ride height by 0.39 inches and “sets the suspension firmness, traction and stability control, as well as the torque management system, to maximize grip over loose surfaces, like mud, sand, and gravel”. 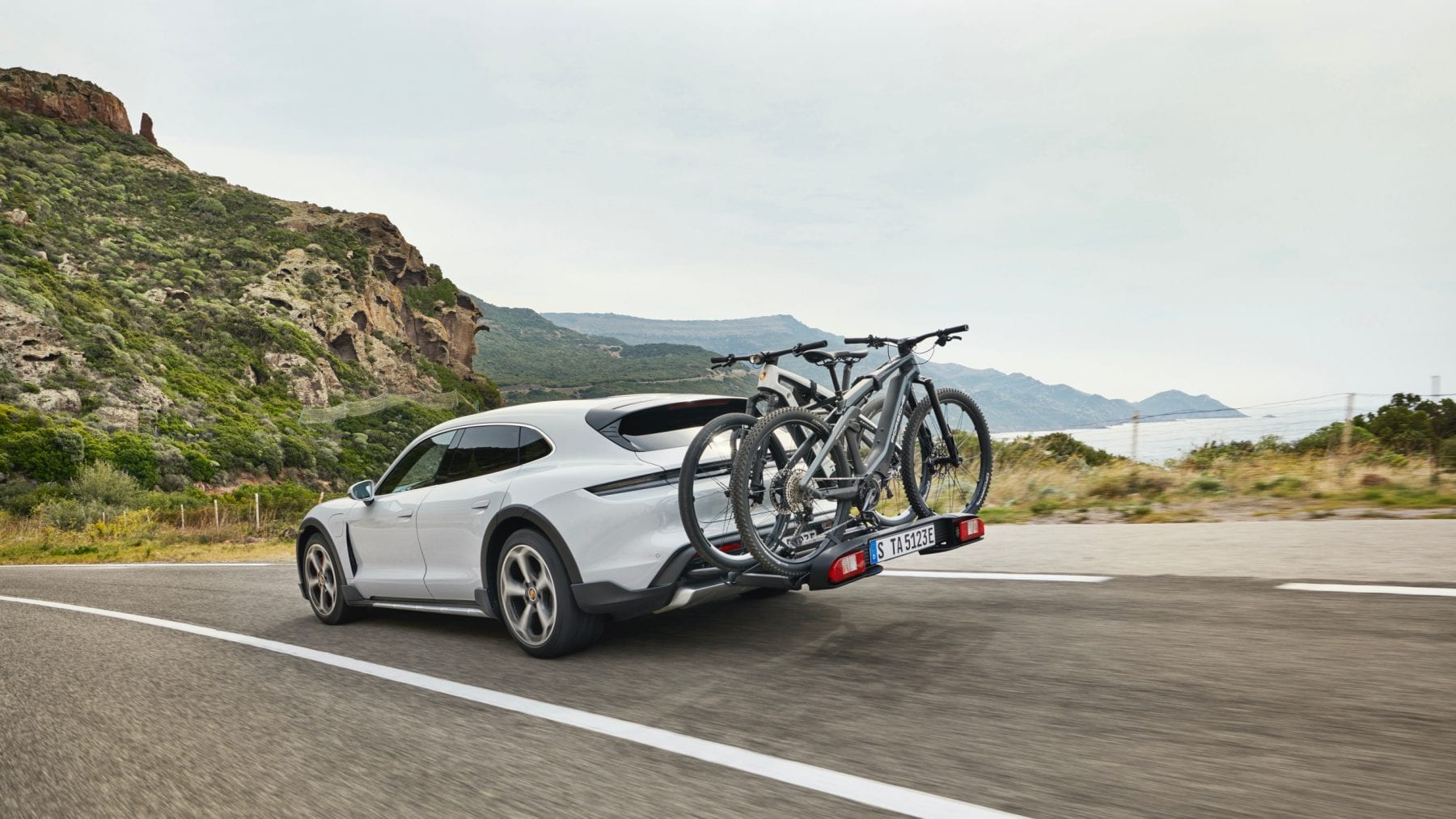 The prices for the four different trims are as follows:

Since the Cross Turismo version comes with some things standard that are optional in the lower sedan trim levels, the difference in price is much wider in the lower trims than the higher trims. Porsche states that a similar spec’d Taycan sedan would only cost about $1,530 less than the base Cross Turismo, giving you a pretty good value for money if you need the extra space and ride height.

The Cross Turismo is expected to hit US showrooms in Summer 2021.

What do you guys think of the new addition? Let us know down in the comments below.