The Audi e-tron GT electric sports car has finally made its global debut at the 2018 Los Angeles Auto Show after years of anticipations.

After releasing a series of teaser images showing off the Audi e-tron GT with a camouflage-inspired paint job earlier this week, the German automaker has finally unveiled their brand new electric sports car.

Currently standing as an electric four-door coupe, the Audi e-tron GT will likely become a direct competitor of the Tesla Model S. 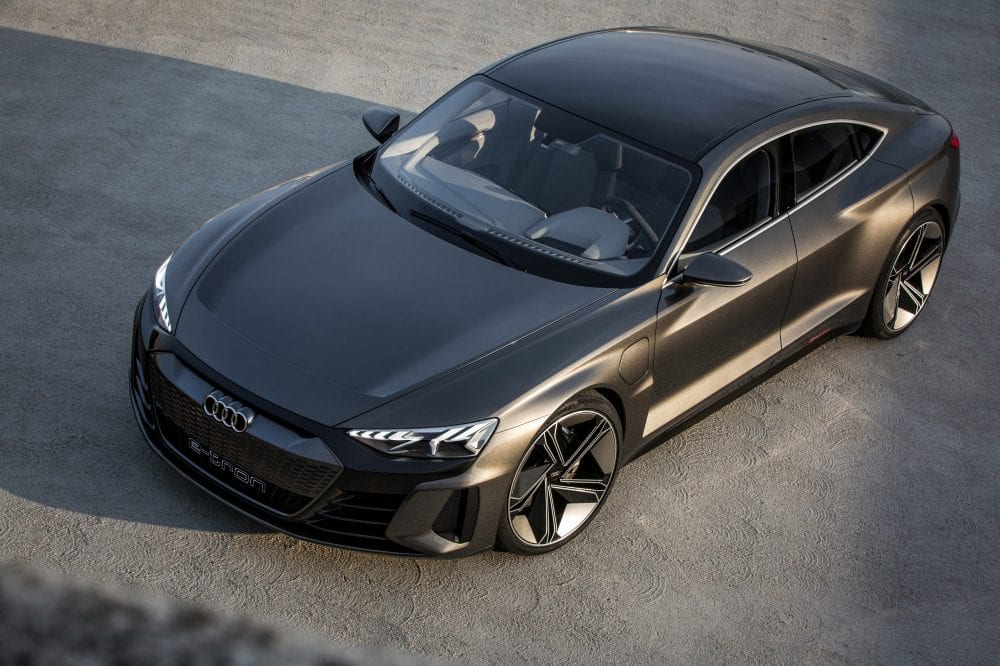 According to Audi, the e-tron GT will feature “a flat-floor architecture that provides for exciting proportions and a low center of gravity,” as well as a 434 kW (590 horsepower) system output. The electric sports car will come equipped with a 90kWh battery that will enable over 400 km (approximately 248.5 miles) of range under the WLTP scale.

As a result of the e-tron GT being fitted with an 800-volt system, the electric sports car will be able to fast charge from zero to 80 percent in roughly 20 minutes, and will also feature a wireless charging option. According to the German automaker, a charging pad with an integral coil can be installed permanently on the floor where the vehicle is to be parked and connected to the power supply. With the charging pad installed, an alternating magnetic field will then induce an alternating voltage in the secondary coil fitted in the floor of the car across the air gap, allowing for a maximum charging output of 11 kW. 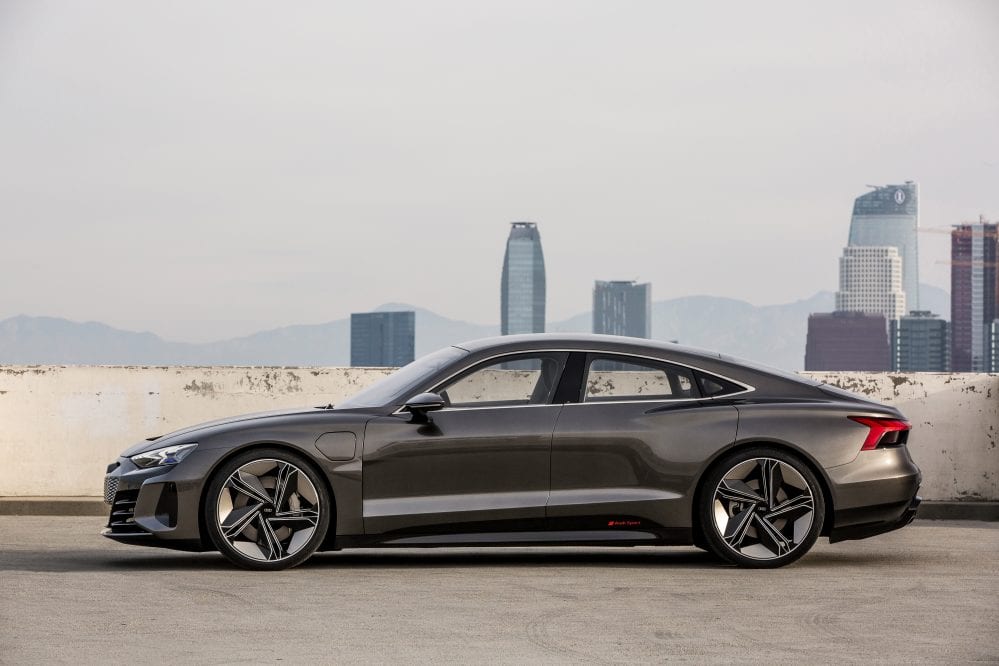 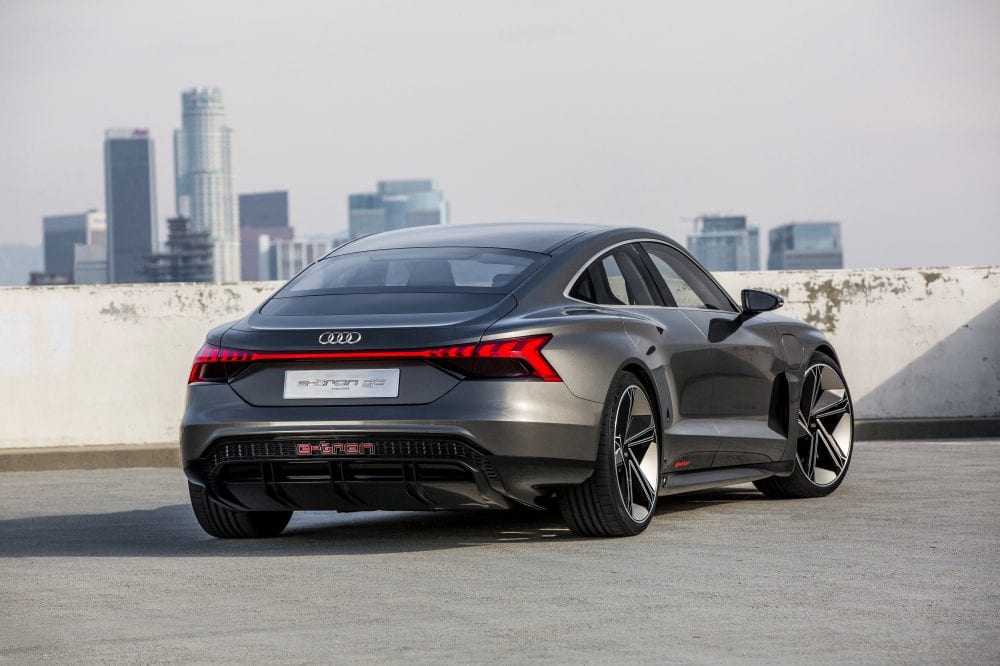 In their most recent press release, Audi explained the designed philosophy behind the e-tron GT, stating:

“The lightweight body of the four-door coupe is manufactured using a multi-material construction. Here you have a roof section made from carbon along with numerous aluminum components and supporting elements made from high-strength steel. The technology for this automobile was developed in close collaboration with Porsche. Design and character are packed full of unmistakable Audi DNA.

The gently sloping roofline of the e-tron GT concept that extends well into the rear echoes the sportback layout that is the hallmark of the brand. This is however clearly taken forward into the future, pointing the way to the next evolutionary stage of the Audi design language. The cabin that tapers strongly toward the rear stands out compared with current Audi models. Wheel arches and shoulders are sculpted emphatically and, together with the flat floor that is unusual for an electric vehicle, visually underlines the low center of gravity and the dynamic potential of the Audi e-tron GT concept.”

The Audi e-tron GT is scheduled for mass production in late 2020 following the e-tron electric SUV and e-tron Sportback. 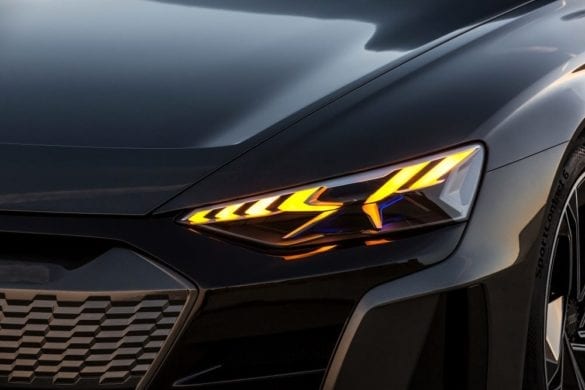 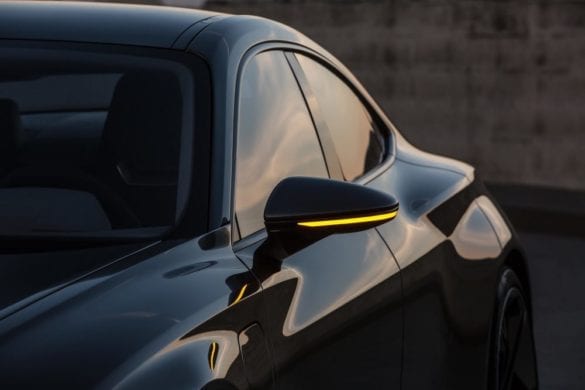 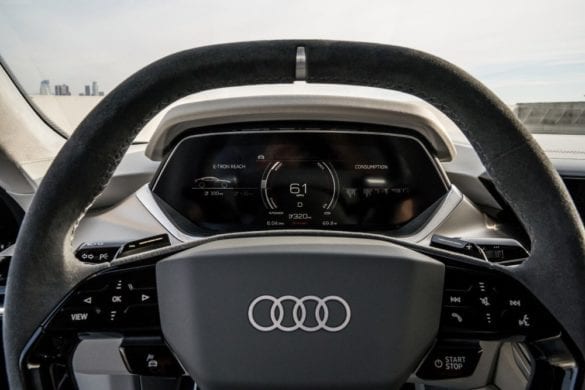 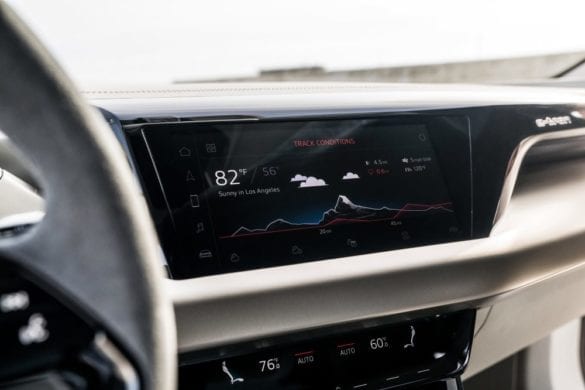 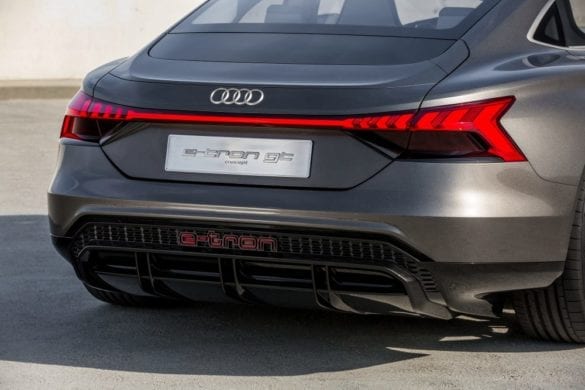 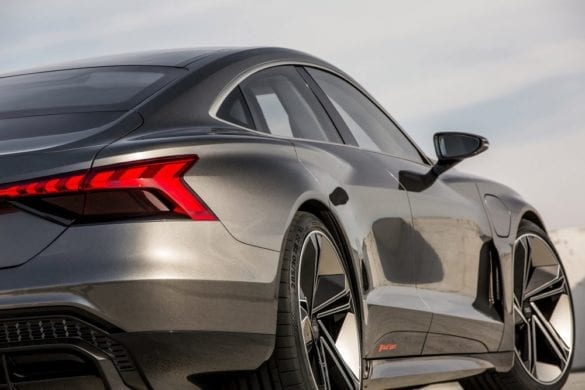 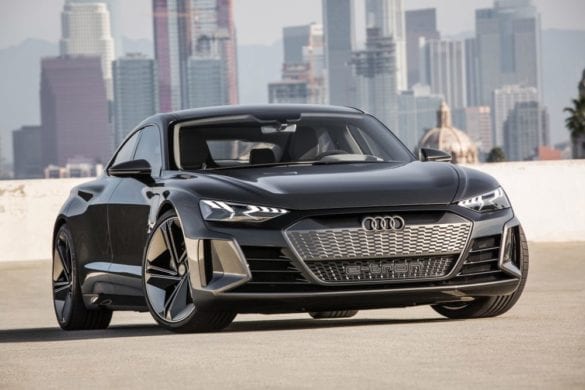 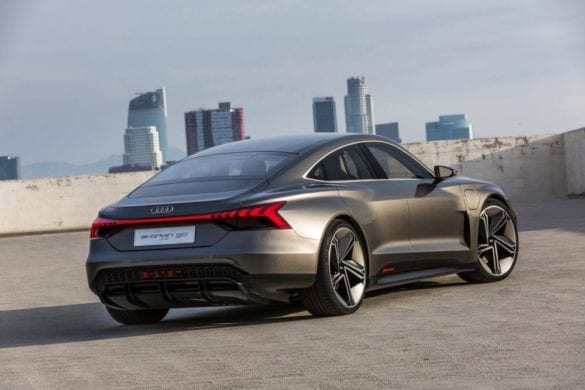 Porsche Delivered 1,391 Taycans for the First Quarter of 2020