The Mercedes-Benz EQ series of electric cars has been planned to be one of the most serious attempts from a legacy automaker at providing a large choice EVs to consumers from one of the oldest automakers in the world. The EQ series has not gotten off to the most flying of starts, but there are already two models with Mercedes-Benz now preparing to deliver six more EVs over the next few years.

The current EQ series is filled with the EQC electric SUV as its first entry with the recently added EQV electric van being added. However, given how wide of a line Mercedes-Benz has, they have a lot of work to do to have an electric option for each vehicle segment that they currently cover with gasoline engines.

Their upcoming flagship electric car will be the EQS, an electric version of their famous S-Class luxury sedan. Mercedes recently gave an update about the progress in the development of the future Tesla Model S competitor which is set to arrive next year.

The EQS is currently undergoing the last tests on the way to production maturity, including at the Test and Technology Centre in Immendingen. The systematic validation of the overall vehicle serves to guarantee the high quality standards and is one of the extensive measures in the development process of every Mercedes-Benz model series. Stations include tough winter testing in Scandinavia, chassis and drivetrain tests on proving grounds, public roads and on the high-speed test track in Nardo as well as the integrated testing of the overall vehicle in the heat of Southern Europe and South Africa. Test drives are currently also being conducted in China and the USA. In the case of the EQS, special attention is paid to the electric powertrain and the battery, of course. They too are tested and approved in accordance with the strictest Mercedes-Benz standards.

The EQS concept shown off last year was a very good looking concept with very respectable target metrics, so we hope that Mercedes will be able to hit the mark with the production model. 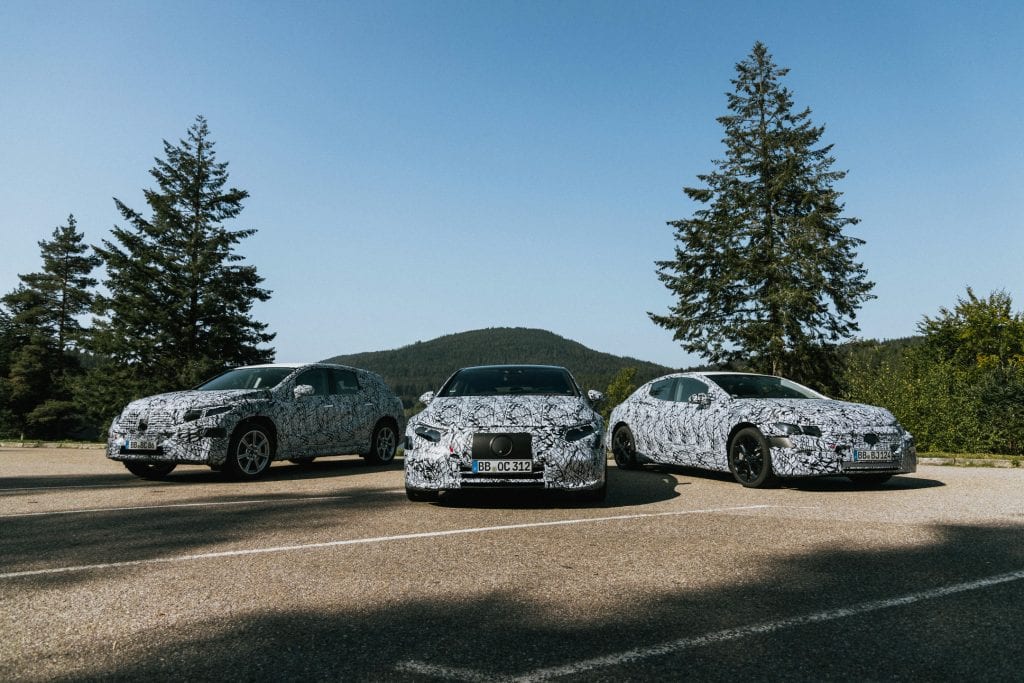 The platform being developed for the EQS will also be used in the EQE sedan which we assume will mirror what is offered by the current E-class. Interestingly enough, while we have heard rumors of the EQE, Mercedes also announced that the platform will be used for SUV versions of both the upcoming EQS and EQE.

The EQ series will however be getting another entry into its ranks before the end of the year as Mercedes announced that the EQA (electric counterpart of the current GLA) will start production at the end of this year with its other compact cousin, the EQB making its debut in 2021.

So for those keeping count, Mercedes us now up to eight different electric vehicles spanning multiple segments: EQA, EQB, EQC, EQE, EQE SUV, EQS, EQS SUV, and EQV. Of course, what good is extensive planning if the execution turns out to be poor, so we will see how Mercedes handles production and the allocation of resources as their EV model count starts to increase.

What do you guys think of the model makeup? Let us know down in the comments below.