Ford, in collaboration with SK Innovation, has announced an $11.4 billion investment into creating a large EV production site and two separate battery factories.

The plan calls for a large 3,600-acre campus covering nearly 6 square miles to be built in Western Tennessee. The complex, called Blue Oval City, will be responsible for building future Ford and Lincoln EVs as well as their batteries. In addition to the Tennessee battery factory, twin factories will be built in Kentucky. The total yearly output of these three battery factories should total 129 GWh.

Ford Executive Chair Bill Ford had the following to say about the announcement:

“This is a transformative moment where Ford will lead America’s transition to electric vehicles and usher in a new era of clean, carbon-neutral manufacturing. With this investment and a spirit of innovation, we can achieve goals once thought mutually exclusive – protect our planet, build great electric vehicles Americans will love and contribute to our nation’s prosperity.”

The $5.6 billion Blue Oval City facility will be built with vertical integration in mind. The campus will deal with vehicle assembly, battery production and recycling, and have a supplier park. 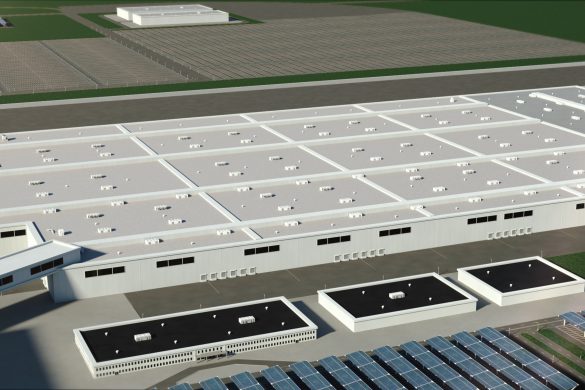 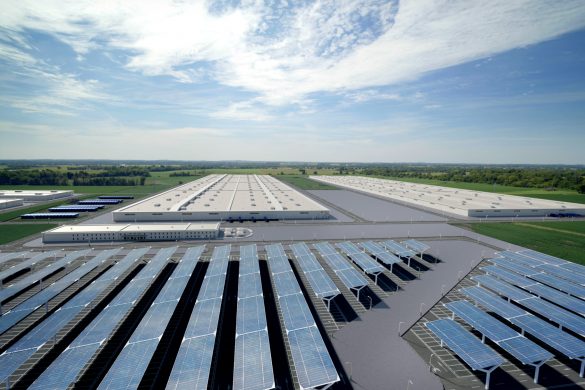 A big goal with the new production facility is to be carbon neutral from the moment it starts production in 2025. Along with the use of renewable energy, Ford aspires for the facility to not make any freshwater withdrawals in the production process. Instead, it wants to incorporate wastewater treatment plants and reuse as much water as possible. Having none of the materials making it to the landfill is also a goal that will be obtained with the use of material collection and processing facilities found on site.

The remaining $5.8 billion is being put towards BlueOvalSK Battery Park. The 1,500-acre facility will be found in Glendale, Kentucky and is targeting a 2025 start as well. Each factory will be capable of producing 43 GWh annually, giving a total output of 86 GWh for the park.

Along with these two investments, Ford has also committed $90 million to technicians in Texas. The money is being used to prepare future technicians for electric cars and ensure a smooth transition.

While Ford’s electric cars are gaining attention, it doesn’t seem like production will be significantly high anytime soon. The Mach-E‘s first-year run is supposed to be 50,000, but we don’t know what it will be in the coming years. The Ford F-150 Lighting is starting with an abysmal 15,000 vehicles in 2022,  and then 55,000 in 2023, and 80,000 in 2024. When these factories become operational the second generation of the Lightning should be out with a more respectable annual production of 160,000 (as of the time of this writing).

What do you guys think the prospects of the new factories are? Let us know down in the comments below. You can read a little more about the plan here.