I want to start right off the bat by saying, this electric MINI is one lackluster electric car. While I commend any automaker for releasing an electric car as it helps take a gasoline-powered car off the road, I would have expected something a little more spirited from an auto-making giant such as BMW.

Back in the infancy of modern electric cars (the early 2010s), there were a bunch of electric cars that were dubbed as “compliance cars” by many. They were typically an existing model that the automaker would shove a battery and electric motor inside of and make them in limited quantities. They were typically made to appease some sort of emission regulation and were an example of the bare minimum an automaker would do to comply with the law.

However, as the years went on and automakers got more serious about providing an electric car that wasn’t slapped together over the duration of a lunch break, the number of compliance cars went down and I do not even know what the last electric car released that I would deem a compliance car would be.

However, this new MINI Cooper SE is dangerously close to crossing over into the compliance car territory.

On the outside you will find that the exterior is largely unchanged from the conventional MINI Cooper. Some differences from the conventional model are: various yellow-green trim inlays, a closed-off radiator opening, and some pretty cool asymmetrical wheels that are optional on the Cooper SE. 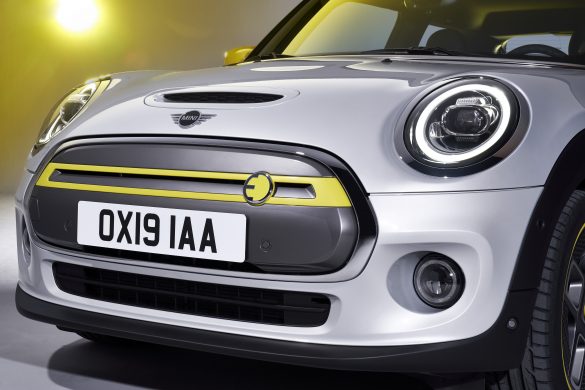 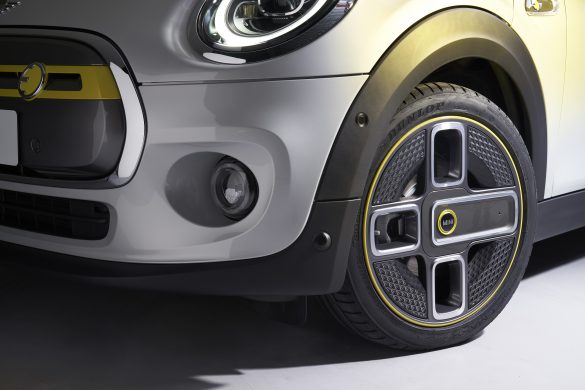 Moving on to the powertrain, this electric MINI has a 32.6 kWh battery powering an electric motor placed underneath the front hood that makes 181 hp. The Cooper SE can go 0-62 mph in 7.3 seconds and will be limited to a top speed of 93 mph. The range is expected to be 235 to 270 km (146-168 miles) based on the WLTP cycle, meaning that real world driving will probably get you less than 140 miles of range and possibly in to the low 100s (remember that the Audi e-tron has a 259 miles range using the WLTP cycle, but only 204 miles based on the more realistic EPA cycle).

It features a Type 2 and CCS Combo 2 plugs for AC and DC charging. It can fast charge at 50 kw, meaning that a 0-80% charge will be completed in around 35 minutes.

The electric MINI only adds on about 319 pounds compared to its gasoline-powered brother. This small weight increase allows the Cooper SE to retain its “go-kart feeling”

Electric drive takes the typical MINI concept of go-kart feeling into an entirely new and fascinating dimension. The enthralling agile handling of the new MINI Cooper SE is supported by suspension technology that has been refined and harmonised on a model-specific basis. In conjunction with purely electric drive too, the tried-and-tested design principle of the suspension – with single-joint spring strut at the front, a multilink rear axle that is unique within the competitive field and electromechanical steering – guarantees maximum ride stability, steering precision and spontaneity when changing direction. With a centre of gravity that is at least 30 millimetres lower than in the MINI Cooper S, optimum weight distribution helps the new MINI Cooper SE achieve a level of cornering dynamics that is unique within the small car segment.

The electric MINI will start deliveries “as early as possible” following the start of its production in November. It it expected to start in the low-€30,000 range. 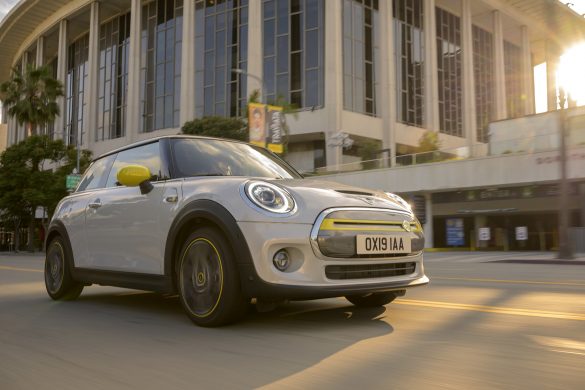 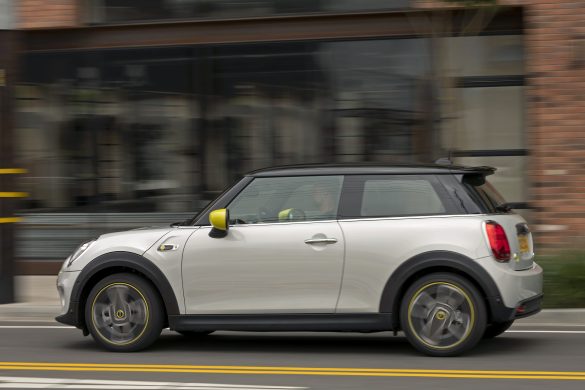 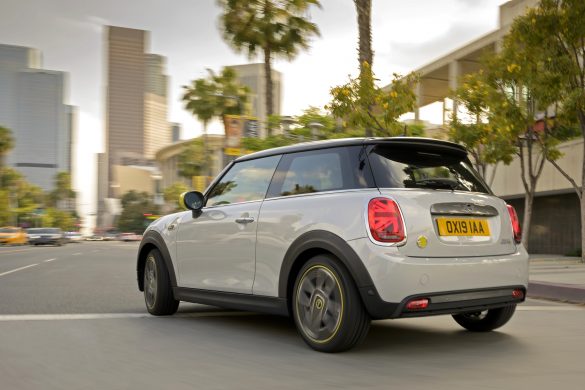 In this price range, the electric MINI will be competing with cars such as the VW ID.3, Renault ZOE, and Peugeot e-208. 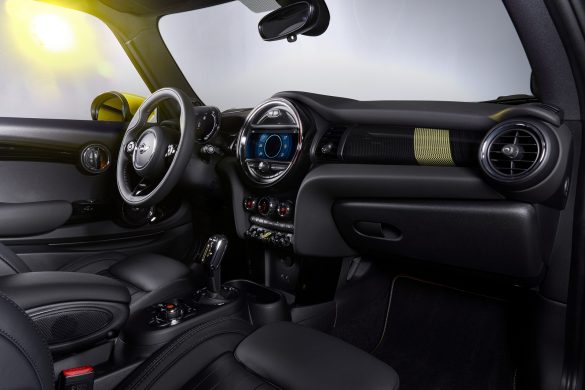 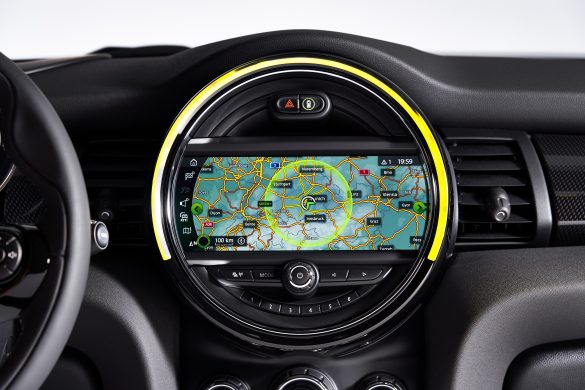 Overall, I cannot see but the most die-hard of MINI fans jumping on the car.

Let us not forget that when BMW released the i3 back in 2013, it was one of the first companies to release a purpose-built electric car along with the Nissan LEAF and Tesla Model S. Given that BMW would put forth so much effort in to releasing the i3 almost seven years ago, you would have imagined that it would become a leader in the pursuit for electrification. However, for the past seven years it seems that BMW has sat on their hands and not done much ironically enough, except criticize fully electric cars.

Klaus Frölich, BMW Director of Development, had stated that:

“If we have a big offer, a big incentive, we could flood Europe and sell a million (BEV) cars but Europeans won’t buy these things. From what we see, BEVs are for China and California and everywhere else is better off with PHEVs with good EV range.”

To really solidify how little progress BMW has made, lets look at the MINI E. The MINI E was a demonstration vehicle built in 2009 that served as the basis for the BMW i3. The MINI E featured a 35 kW battery paired with a 200 hp electric motor. The car had a 0-62mph time of 8 seconds and an electronically limited top speed of 95 miles. The MINI also had an EPA-rated range of 100 miles.

Sure looks a lot like the specifications of the car we received ten years later, doesn’t it?

Frankly, the only real improvement they’ve made at a superficial glance is the battery placement. The MINI E had to remove its back seats to fit the batteries. The Cooper SE, however, is able to store its batteries within the floor.

That’s basically it. In the ten year gap between the MINI E and MINI Cooper SE, BMW has seemingly not improved anything in terms of their electric powertrain.

I do want to reiterate that I am happy that there is at least some sort of new electric car coming from BMW, but I have my worries about how many of these they will actually sell and then use it to justify their “no one wants to buy electric cars” mantra. They have already announced their intentions to have 25 electrified models by 2023, so it would be hard to back down.

The next car up will be the iX3, which if I’m being honest, I fear might be as lackluster as this electric MINI. I will wait to see how well their purpose-built electric cars such as the i4 and iNEXT do before assessing how serious BMW is taking electric vehicles.

What do you guys think of the electric MINI? Am I being too harsh on it? Let me know down in the comments below.

With today’s more advanced batteries, BMW had to choose between a car with no rear seat that extends the MINI E’s range to more than 200 miles vs a lighter weight, better-handling car with an uncompromised interior. Critics like to denigrate the the MINI Cooper SE by comparing it to a Tesla or a Chevy Bolt, but it is more proper to compare it to Honda’s new-from-the-ground-up all-electric Honda e. It appears the two cars will have similar range, with the MINI being the faster of the two.