After announcing plans to reveal their latest electric vehicle from inside a Boeing 777F cargo plane earlier this month, the German automaker has finally unveiled the BMW iNEXT.

For years, BMW has been teasing the iNEXT concept vehicle, stating that it would be the electric vehicle capable of guiding the brand into its electric future. After a lot of anticipation, we finally have a fairly comprehensive look at the German automaker’s new flagship electric vehicle.

The BMW iNEXT will be an X5-sized SUV, and is slated to launch “a couple months after the 2021 i Vision Dynamics (i4).” As of right now, BMW has not provided any information regarding the pricing, estimated range, or powertrain of the iNEXT. While not entirely surprising given that this was simply a concept reveal, it is a little disappointing to not have a bit more to chew on. 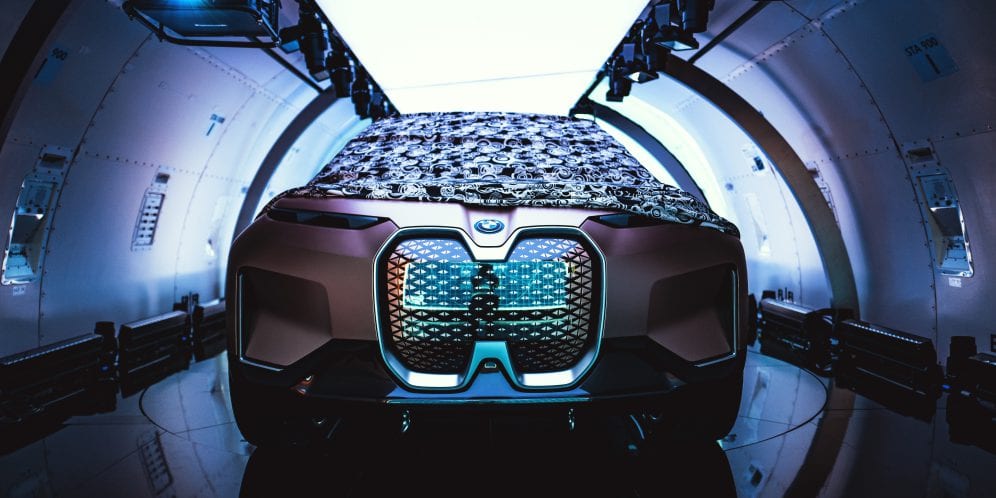 Front view of the BMW iNEXT from inside Boeing 777F 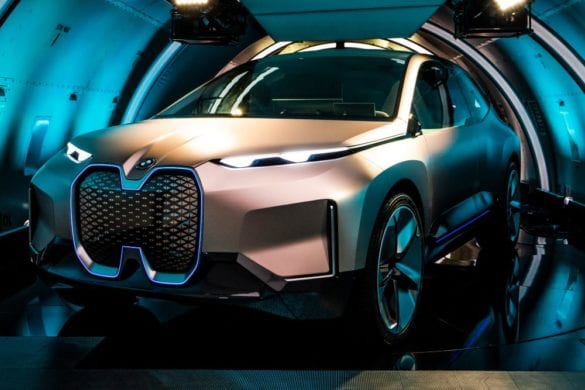 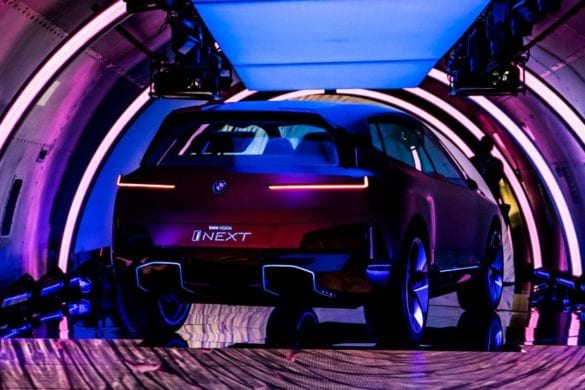 Interestingly enough, the BMW iNEXT showed off concepts of its new interactive interior that lights up when touched. Occupants of the vehicle, for example, could swipe their hand anywhere along the seating surface and control the radio or navigation system. An overhead projector system would then be able to beam content onto any surface inside the vehicle. BMW has dubbed this new technology, “Shy Tech.” 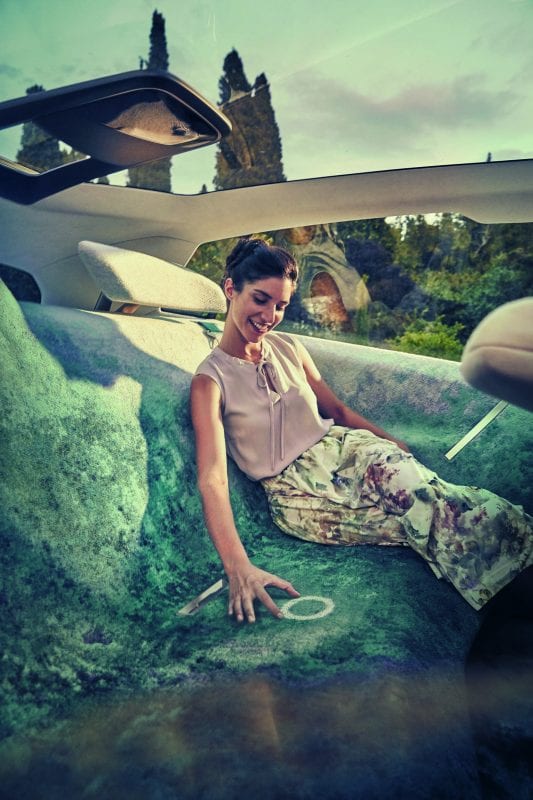 In the recent press release, BMW had this to say in regards to the new interactive interior:

Shy Tech: Innovative technology integrated out of sight yet always available. Apart from the steering wheel and displays in the driver’s area, there are no other screens or controls to be seen in the BMW Vision iNEXT. In order to preserve the homely character of the rear compartment, and therefore keep the people on board at centre stage, the intelligent technology is integrated out of sight. Only when it is required by the driver or passengers does the technology becomes visible and operable. For example, in future it may be possible to operate various functions via surfaces made out of wood or cloth. Displays would no longer be essential, as intelligent projection could turn any surface into an interactive display. The BMW Vision iNEXT highlights three different, visionary applications for this “Shy Tech” in the form of Intelligent Personal Assistant, Intelligent Materials and Intelligent Beam.

While certainly an impressive implementation of technology, BMW has admitted that Shy Tech will most likely not be available for the launch of the iNEXT. It might, however, be added to future models.

The BMW iNEXT is also said to be partially autonomous. We do not know the full extent of the iNEXT’s autonomous driving capabilities, but BMW was quick to inform that they still do not know when, or how quickly autonomous driving regulations will be adopted. As such, the BMW iNEXT will be developed for both the Ultimate Driving Machine and the Ultimate Self Driving Experience in order to accommodate whichever regulations come to pass. 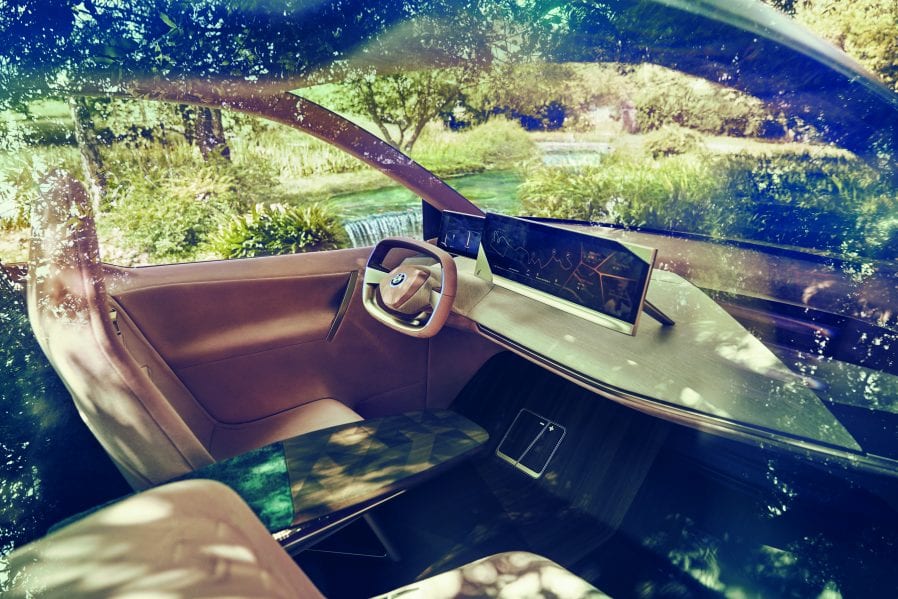 Interior shot of the BMW iNEXT

While just another electric concept vehicle, the BMW iNEXT certainly looks promising. The interior technology and striking form factor definitely catch the eye, and BMW might truly have a competitive vehicle come 2021 with the iNEXT.

BMW Focuses on Slow Transition into Electrification with Plug-In Hybrids