The first ever Audi e-tron concepts were based on the R8 that was coming out at the time. So far we’ve only had a plug-in A3 and the upcoming e-tron Quattro SUV to satisfy our electric Audi needs. Earlier this week Audi unveiled its ‘Audi PB18 e-tron’ which we hope will hit our electric supercar itch down the road.

The highlights of the PB18 include solid-state batteries, 570 kW of power, and an 800-volt charging system allowing charging fom 0-80% in 15 minutes. Audi says that it is using its years of experience in the Le Mans racing series to design this car. Hence the similarity of the name of the PB18 with the R18 e-tron that Audi currently races in the Le Mans.

Speaking of the Le Mans influence, Audi is making this the most driver-focused EV shown thus far. While every EV coming out has some sort of planned autonomy, the PB18 has absolutely none, the driver will be the one and only thing that will pilot the PB18. Along with that, seat, steering column, and pedals can be slid sideways to place the driver in the center of the car when racing, à la the Mclaren F1. When on regular roads, the seat can be slid back to the appropriate side and have a spot for a passenger. An insanely cool feature in my opinion.

The internal working title at Audi for the showcar project was “Level Zero” – as an explicit way to differentiate it from the Levels 3, 4 and 5 of autonomous driving currently in focus at Audi. In the Audi PB18 e-tron, the driver is the one steering and stepping on the gas or brake pedal. There are therefore no complex systems for piloted driving on board and no comfort features to add weight. In their place are a driver’s seat and cockpit that are integrated into an inner monocoque shell that can be slid laterally. When driven solo, the monocoque can be positioned in the center of the interior as in a monoposto – the perfect location for the racetrack. This is made possible not least by the by-wire design of the steering and pedals; a mechanical connection of the control elements is not needed.

Here is a video that shows what Audi is describing

As for the specifications of the PB18, everything is cutting edge. The battery pack for instance, has expensive solid-state batteries that give 95 kWh of energy and a claimed range of 500 km (310.7 miles) on the new WLTP cycle.

The PB18 has a three motor setup that Audi describes:

The concept uses three powerful electric motors – one up front and two in the rear. The latter are centrally located between the steering knuckles, each directly driving one wheel via half-shafts. They deliver power output of up to 150 kW to the front axle and 350 kW to the rear – the Audi PB18 e-tron is a true quattro, of course. Maximum output is 500 kW, with boosting, the driver can temporarily mobilize up to 570 kW. The combined torque of up to 830 newton meters (612.2 lb-ft) allows acceleration from 0 to 100 km/h (62.1 mph) in scarcely more than 2 seconds – a speed that differs only marginally from that of a current LMP1 prototype.

The PB18 will probably always stay as a show car, never to see production. But hopefully the technologies shown and aggressive design will make on some Audi in the future. The ability to change the car into a monoposto is a feature I wanna see in a production car, if only for the gimmick. Audi is currently focused on SUV EVs and a possible Porsche Taycan counterpart, but hopefully we’ll see a production electric supercar from Audi sooner than later. 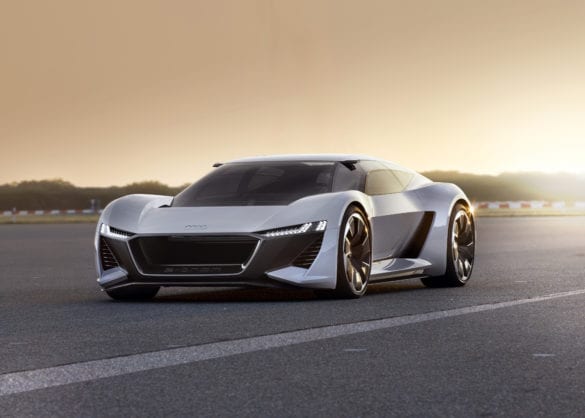 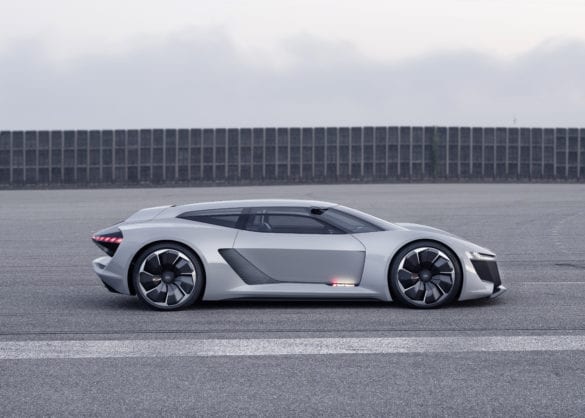 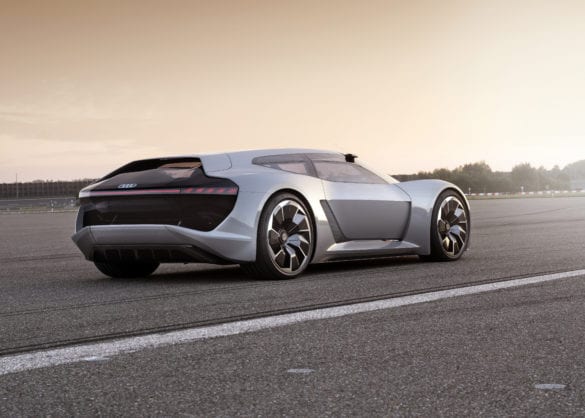 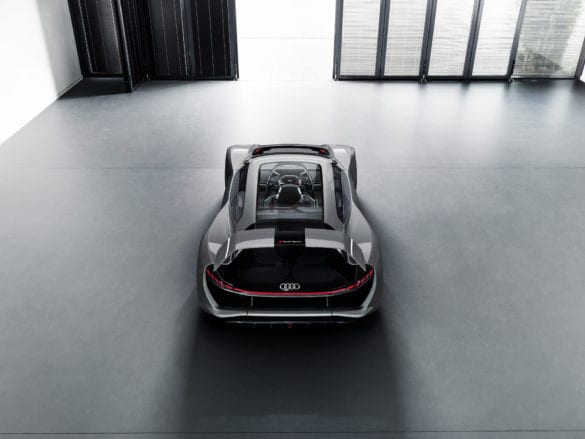 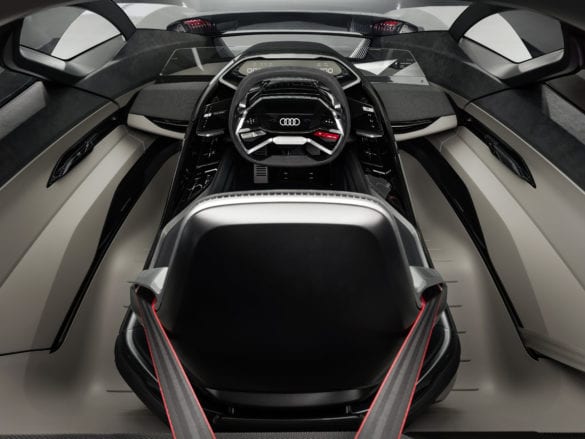 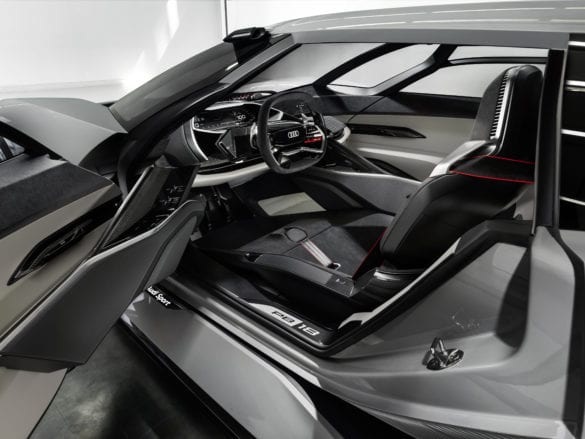