Volkswagen Group and Ford Motor Company are reportedly exploring the possibility of forming a partnership to jointly develop autonomous vehicle technology, a decision that could potentially save both automotive companies billions of dollars.

According to Automotive News, an undisclosed source allegedly “familiar with the matter” broke the news of the partnership between Volkswagen and Ford earlier this week. According to the source, both automotive companies are expected to detail the progress of their partnership before the end of the year.

When questioned about the possible collaboration in regards to autonomous vehicle technology, spokesmen from both automakers only addressed their future plans in general terms, repeating what they have previously stated about the automakers’ collaborations on the development of commercial vehicles.

“Our (memorandum of understanding) with VW covers conversations about potential collaborations across a number of areas. It is premature to share additional details at this time.”

Frank Witter, Chief Financial Officer at Volkswagen, expressed that the automaker is open to forming deeper alliances with other companies, especially in regards to autonomous vehicle technology. Witter added that Volkswagen could potentially share their new MEB modular car platform with Ford once they build their own MEB-based electric cars to reduce unit cost by spreading the costs of development over a larger number of vehicles. 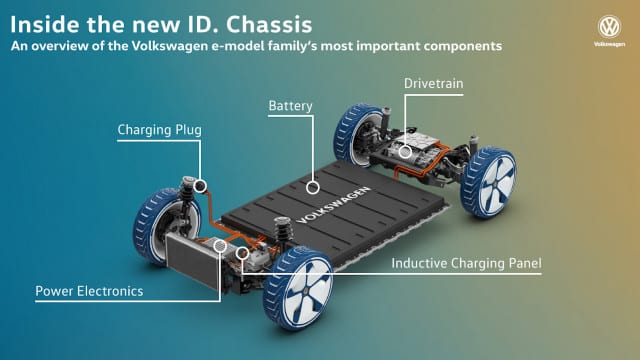 If Volkswagen intends to stand by their goal of producing 10 million electric vehicles using their MEB architecture, a partnership with other automakers may aid in their endeavors. Volkswagen officials have stated in the past that the only feasible way to mass market electric vehicles is through economies of scale so that their prices can more closely compete with those of diesel vehicles.

Ultimately, a partnership between Volkswagen and Ford would benefit both automakers greatly. Ford has had a relatively slow start in the electric vehicle industry and Volkswagen’s technology could be a huge help to them. In return, Ford could help reduce Volkswagen’s production costs by dividing the cost of development for future electric vehicles. If the partnership does indeed come to fruition, the development of new and improved autonomous vehicle technology would definitely be a welcomed bonus.