After the reveal of the ID.3 electric hatchback, we have been patiently waiting for Volkswagen’s next ID electric car to be pumped out of the pipeline, the production version of the ID. CROZZ. The German company had finally announced the naming of the electric SUV, the ID.4 unsurprisingly and provided us with pictures of what looks like a production-ready version of the car.

The thinly camouflaged ID.4 does have a pretty clean design and does indeed just look like a beefier version of the ID.3 from the front. I will, however, mourn the loss of the pillarless suicide doors that were initially shown on the ID. CROZZ concept, rest in peace. I did not have high hopes that it would make it into the production version due to the costs, but a man can dream.

The ID.4 will be the first of Volkwagen’s electric cars to have a worldwide reach as the ID.3 has been constrained to a strictly European release, so this will be our first taste of VW’s electric efforts in the US. 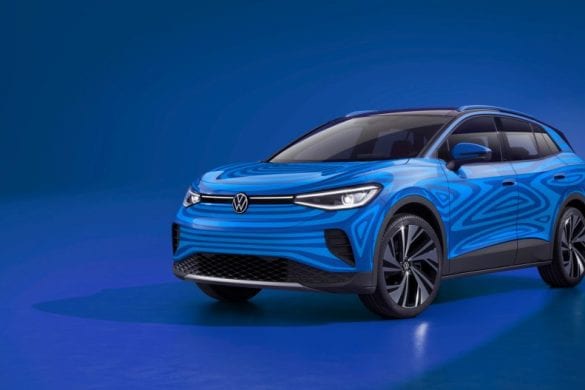 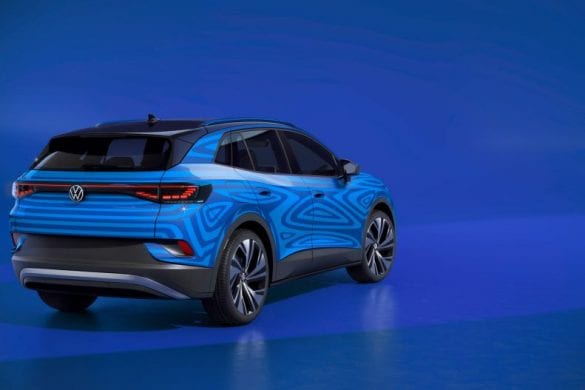 Final specifications have not been given, but we do know that it will initially debut with only a rear-wheel-drive option before eventually bringing an all-wheel-drive version.

A host of modular drive components is available for the ID.4—initially with rear-wheel drive and later with a powerful, electric all-wheel-drive variant. The high-voltage battery is always installed under the passenger cell to guarantee the vehicle’s low center of gravity and a well-balanced weight distribution. Ranges of up to 500 kilometers (WLTP) are possible depending on the drivetrain package.

The cockpit of the ID.4 has been clearly structured and it is almost completely controlled by touch functions or intelligent Natural Voice control. Volkswagen’s first all-electric SUV offers high levels of safety technologies and full connectivity.

The ID.4 is the world’s first climate-neutral, compact SUV. The vehicle, which is produced at the Zwickau plant, is carbon-neutral along the entire value chain. Volkswagen’s comprehensive charging offering also makes it possible for customers to recharge the ID.4 with renewable energy.

A production version is expected to be revealed in New York in April (barring the Corona Virus causing a cancellation as it did for Geneva this week). It will then start production at the end of 2020 before eventually starting production in both China and in the US.

What do you guys think of the ID.4 electric SUV so far in regards to its design and projected specs? What’s the correct price for the upcoming electric SUV? Let me know down below.