German automaker, Smart, has recently announced that they will be showcasing their brand new forease electric car concept at the upcoming Paris Motor Show this October.

The forease electric car concept will be based on the standard-production smart EQ fortwo cabrio, which it will use as the basis for its design. At this time, no reports on specifications have been released regarding the forease concept, but we can assume that it will be similar in performance to the EQ fortwo cabrio it is based on.

The EQ fortwo cabrio has a 60 kW maximum power output and is able to accelerates from 0-100 km/h (62 mph) in approximately 11.5 seconds. The EQ fortwo cabrio has an estimated range up to 160 km (100 miles) per charge thanks to its 17.6-kWh, 96-cell battery pack, and is capable of reaching a full charge in about three to six hours. We wouldn’t be surprised if forease electric car concept’s specifications were revealed to matched up closely with that the EQ fortwo cabrio.

The main draw of the electric car concept is that it will be workable as a real-world car, with smart claiming, “The smart forease makes it clear that electric cars for use in the city will be anything but boring.”

Gorden Wagener, Chief Design Officer of Daimler AG, had the following to say in regards to the forease electric car concept:

In a statement issued by smart, the German automaker described the design choice for the forease as such:

“The open vehicle concept produces a link between exterior and interior, the entire play of colour being at all times in evidence. The interior therefore contributes to the exterior impact of the vehicle. This is also reflected in technical details in the interior. A particular feature is the two round displays in place of centre air vents in the instrument panel – as if there were not already enough fresh air! The displays can be used, for example, to present content from the “ready to” app, which allows the driver to share their smart with friends or to monitor its functions. The speakers of the audio system, which provide a perfect sound for listening to music or making phone calls, are visibly integrated in the rear wall of the cockpit, emphasising the car’s cool, playful character.”

For a closer look at smart’s forease electric car concept, check out our gallery below. 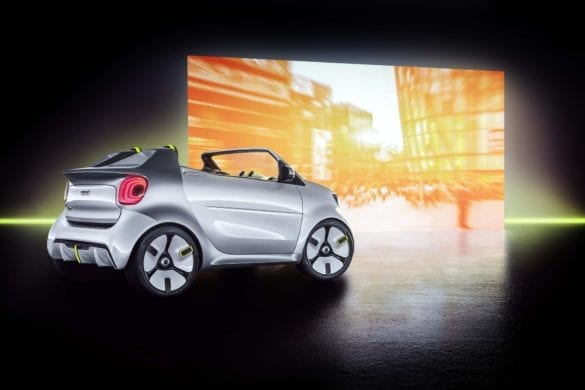 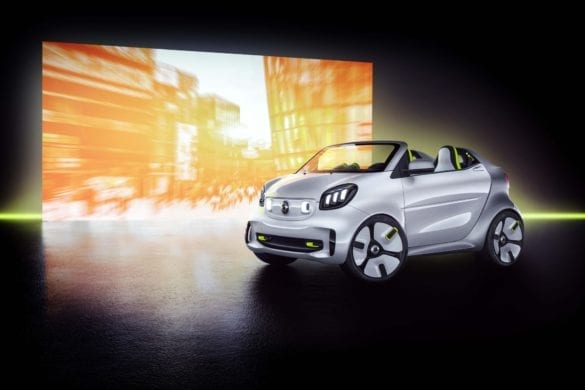 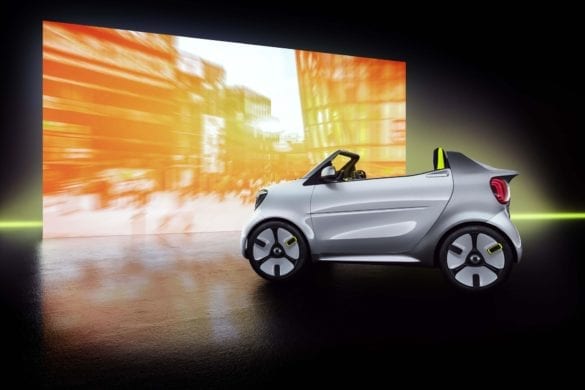 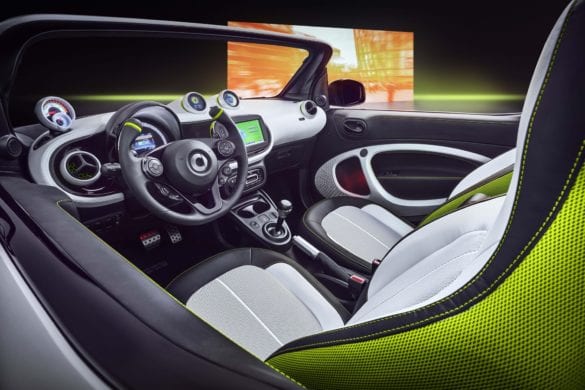 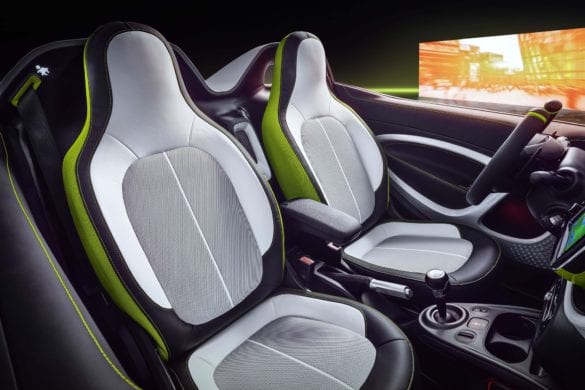 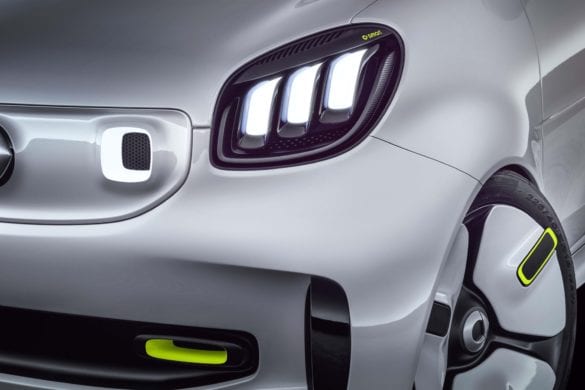 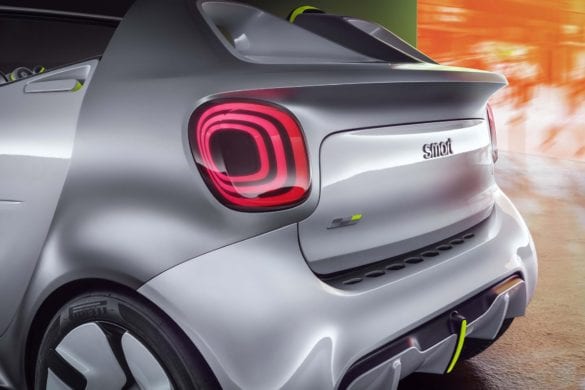 Tesla-Mercedes Could Collaborate on an Electric Van