After many months of waiting, Nissan has finally unveiled an upgraded version of their super popular Nissan LEAF. Known as the Nissan LEAF e+ globally, but as the LEAF PLUS in the US and Canada, it provides a much needed boost in performance and range that the current LEAF needs in order to stay competitive.

So what’s new and improved with the LEAF e+?

In terms of acceleration and top speed, Nissan did not give any specific top speed or 0-60 numbers, however that did assure that the e+ should be faster:

The high-capacity battery and more powerful motor in the LEAF e+ combine to produce 160 kilowatts of power and 340 Nm of torque, enabling faster acceleration when driving at high speeds. Accelerating from 80 kph to 120 kph is nearly 13% quicker. This allows the LEAF e+ to confidently pass slower-moving vehicles, exit corners faster and more seamlessly and merge easily with fast-moving traffic. The top speed has increased by approximately 10% for comfortable cruising.

One point of concern for many was whether the new battery would continue to be passively cooled or not. According to a short interview Electrek had with, Kazuhiro Doi, Nissan’s Alliance Global Director of Research, the batteries will continue to not be liquid-cooled. However Nissan seems confident that the new battery will not have problems with keeping its capacity.

Hi Marsyas, the increased number of cells in the LEAF https://t.co/AnLnIhsqQJ e+, will make it less susceptible to heating during charging and an additional fan has been added to help dissipate high temperatures. 1/2

Additionally, the LEAF e+ will come with Nissan’s ProPILOT semi-autonomous feature which is described as follows:

Playing a leading role in Nissan Intelligent Driving is ProPILOT, an in-lane semi-autonomous driving technology that can automatically adjust the distance to the vehicle ahead, using a speed preset by the driver (between about 30 kph and 100 kph). ProPILOT can also help the driver steer and keep the vehicle centered in its lane. If the car in front stops, ProPILOT can automatically apply the brakes to bring the vehicle to a full halt if necessary. After coming to a full stop, the vehicle can remain in place even if the driver’s foot is off the brake. If traffic restarts, the car will resume driving when the driver touches the steering wheel-mounted ProPILOT switch again or lightly presses the accelerator to activate the system. All these functions can reduce stress when driving on the highway in both heavy and fast-moving traffic. ProPILOT Park (available on Japan and EU models only) is a system that can provide vehicle acceleration, braking, handling, shift changing and parking brake operation to guide the car into a parking spot.

The LEAF e+ will make its debut at the end of January in Japan. It will hit the US somewhere during the spring and Europe in mid-2019.

In terms of pricing we do not have an official number for the US release, but we do have the pricing for Japan and the UK.

The high $30k – low $40k price range has become highly competitive as of the past couple months. The LEAF e+ will have to go against the Chevy Bolt, Kia/Hyundai Niro/Kona EV, and maybe some day the standard range Model 3. It’s a good problem to have as a consumer but Nissan will have to leverage its almost decade-long EV experience to overcome its competition. 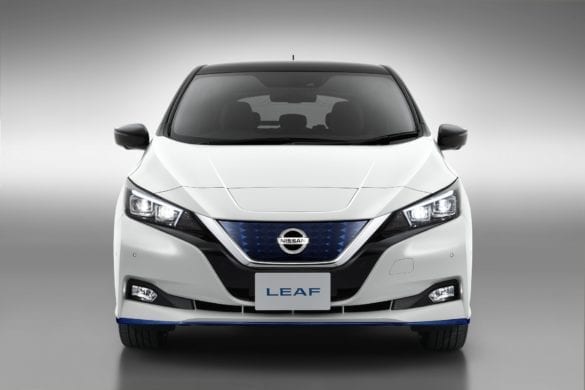 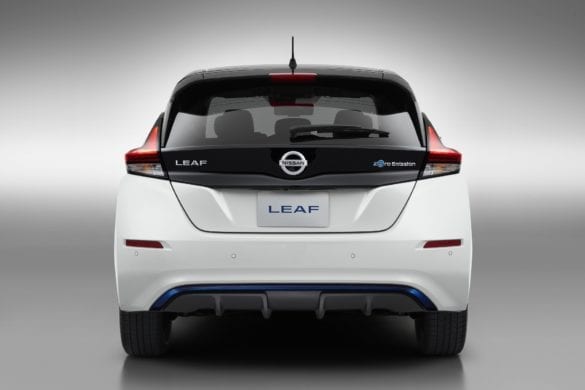 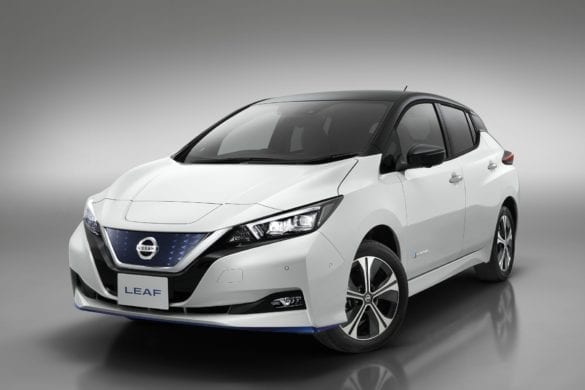 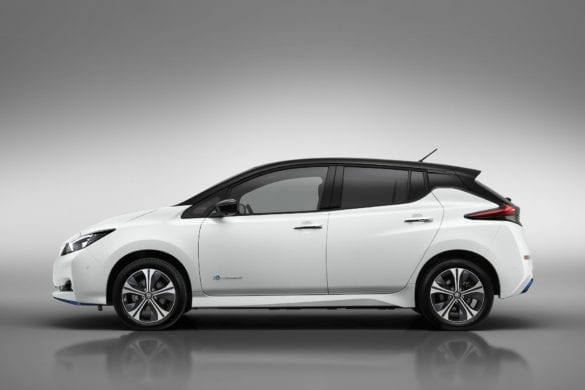 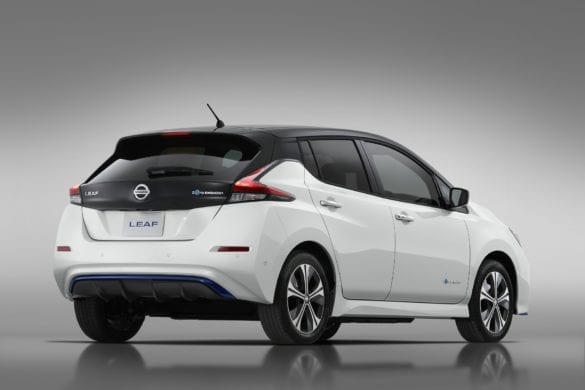 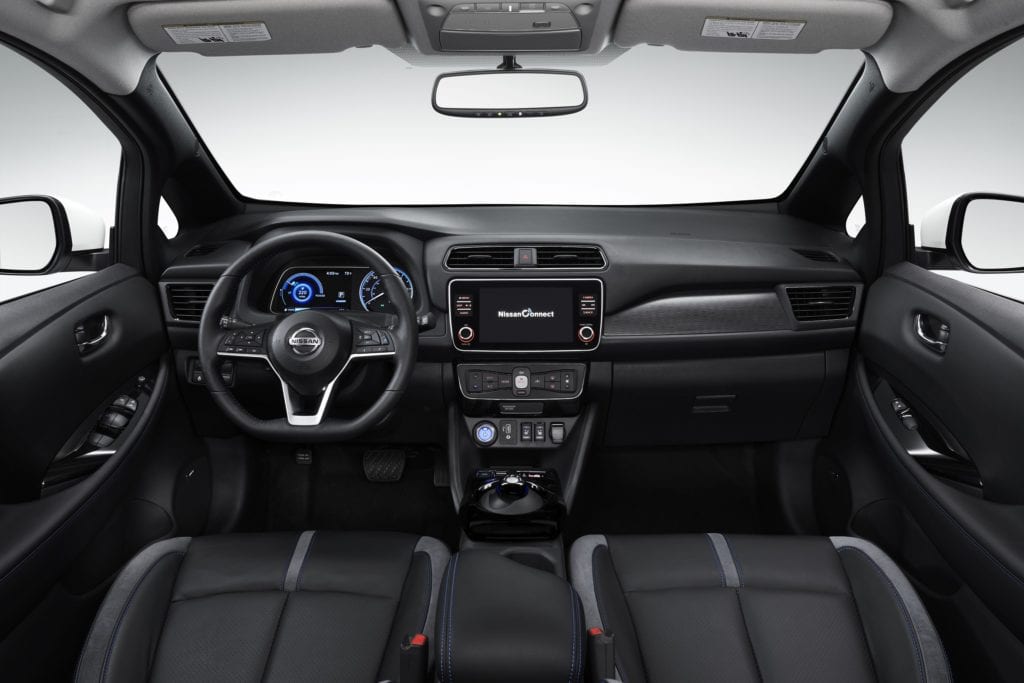 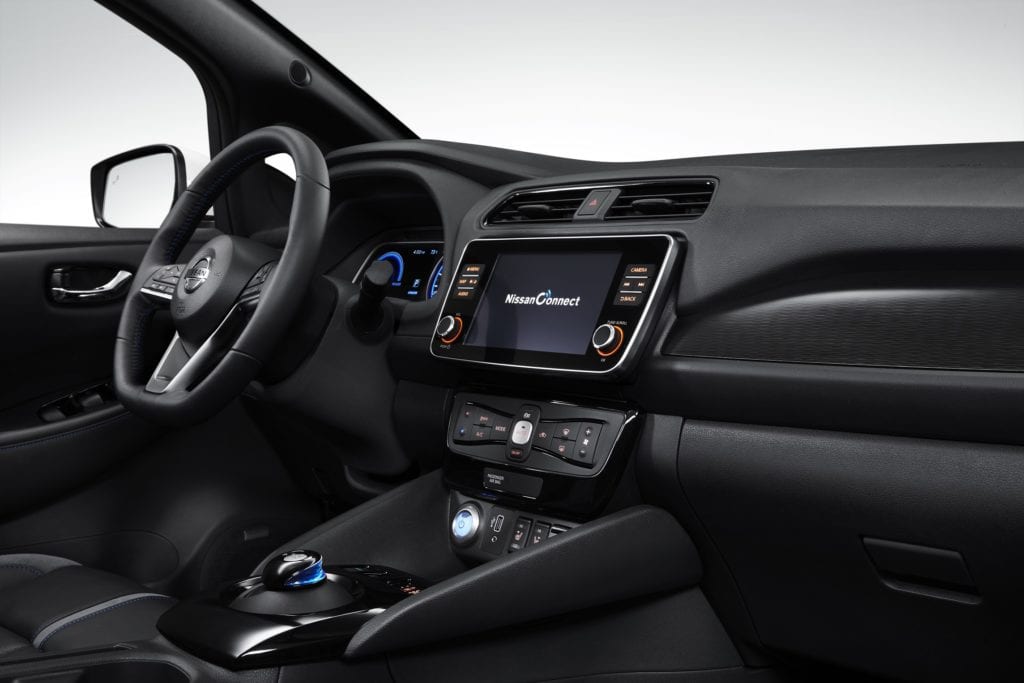 What do you guys think of the new Nissan LEAF e+? Let us know down in the comments below.

Nissan Rumored to Electrify All Chinese Models by 2025