Welcome to our weekly Tesla news recap where we discuss and share the latest Tesla news. If you don’t have the time to constantly monitor Tesla and their ever-changing company and products, this is for you. This week we saw a discount in Autopilot pricing, some new interesting patents, news about the Model 3 finally making its way to China, and the long awaited Track Mode has finally been released.

If you recall, last week we reported that Tesla increased the post-delivery Autopilot price from $6,000 to $7,000. Well now they’re running a 30 day free trial with the discounted price of $5,500. So if you bought your Tesla without the Autopilot package, A, what’s wrong with you? B, now’s your opportunity to test it out and potentially purchase it for less than the original agreed upon price. This is not the first free trial run by Tesla but it is the first to include the new Navigate On Autopilot feature. You can read more about the trial and how Autopilot works here. 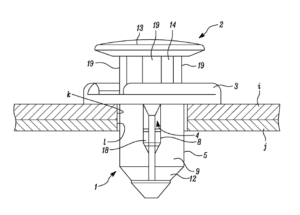 If you’ve heard of Tesla, you’ve heard of the infamous Tesla panel gaps. An issue that mostly came about in early production models. Well this new system of clamps will, in theory, allow Tesla to make adjustments where needed. To read more about this patent and see more designs, click here. 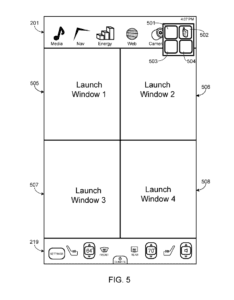 Along with panel gap realignment tools we received a GUI patent. Most of the features shown have actually already been implemented into the V9 update. Two that haven’t and stand out are the 4 way split screen and the ability to customize your taskbar. To read more about this patent and see more designs, click here.

Rumors have been circulating about previous Tesla owners in China receiving delivery notices for March 2019. A couple weeks ago, we actually discussed the new Gigafactory 3 opening in China. It clearly won’t be built in time so until then, all cars will be hit with the ridiculous 40% import tax. It will be interesting to see what Model 3 prices look like in China with the tax hike. A few months ago the Model S and X saw a $20,000 price increase.

— Configuration email should be out shortly (within week(s) ) 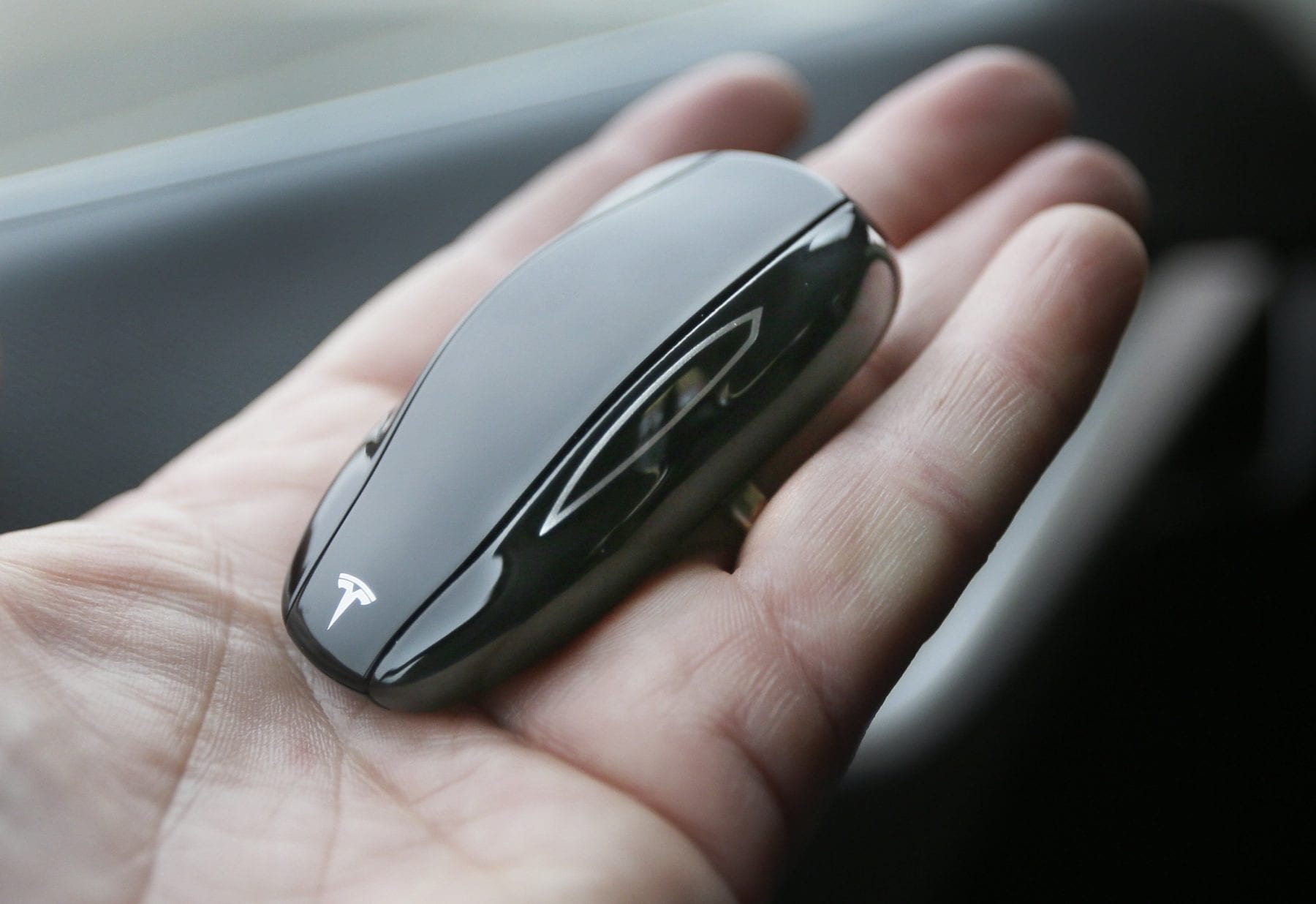 Rumors of a Model 3 key fob have been floating around for a while now. In fact, the last software update mentioned the new key fob compatibility in the patch notes. Many will be disappointed to hear that it will not be free. For those that don’t know, the Tesla Model 3 does not come with a key. Instead it relies on your phones Bluetooth for passive entry and comes with a key card as a backup. Some love it, some hate it. Using your phone was a great idea in theory but people are quickly finding out it doesn’t work 100% of the time and can be a real inconvenience in certain occasions with certain incompatible devices. This new key fob, just like the Model S and X, was supposed to fix those issues. But there is one interesting note here. It does not come with passive entry. Meaning the doors do not unlock automatically when you walk up to your car. You have to manually pull it out and press a button like this is 2008 all over again. And yet, it sold out almost instantaneously. If you missed your chance, I’m sure they’ll be reselling on ebay with a premium soon enough. I suggest you just hold off and wait. Tesla is sure to bring this back and maybe, next time with passive entry? One can only hope.

We’ve been excited about track mode since day 1 and it finally started rolling out on Thursday. Not much has been known about what the feature would include apart from the fact that it would perform better on a track, of course. Tesla kindly broke it all down for us. Instead of just turning off stability control as others do, they’ve developed their own in-house Vehicle Dynamics Controller. This is all done through an over the air update to all Performance Model 3’s. If you don’t have a performance Model 3, just buy one.

Electric powertrains have numerous advantages over internal combustion engines. In addition to low cost of ownership, energy efficiency, and near silence, they also offer unparalleled responsiveness. Since the introduction of Tesla Roadster in 2008, we’ve exploited the immediate availability of motor power and torque to achieve unprecedented straight-line performance, making the car’s forward acceleration a pure extension of the driver. With Track Mode, which is designed specifically for use on closed autocross circuits and racetracks, our goal was simple: use that same motor power and torque to make cornering on the track feel just as natural as forward acceleration.

How does motor power help you corner? If you’ve ever pulled a car’s handbrake in an icy parking lot, you know that you can make a car turn with more than just the steering wheel. That’s because torque – whether accelerating or decelerating a vehicle – reduces a tire’s ability to hold the car in a turn. Apply torque to the rear wheels, and the car will rotate more in the turn (if you see a car drifting, that’s drive torque; or think about pulling that handbrake, that’s brake torque). Conversely, if you apply either kind of torque to the front wheels, this reduces a car’s ability to turn.

By precisely controlling whether torque goes to the front or the rear wheels, Model 3’s dual motors can immediately and silently increase or decrease the car’s rotation in a corner at your request. This requires lightning fast torque control and the ability for the car to precisely regulate traction on each tire – both of which are standard features in every Tesla, but that we’ve expanded upon with Track Mode to make highly technical driving effortless.

The most exciting aspect of Track Mode is how we can change the balance of the car using just the motors – a technique that would typically be interrupted by a system known as stability control.

Stability control is an important safety feature found in all modern passenger vehicles that applies brakes to certain tires in order to prevent your car from spinning out of control during dynamic maneuvers. The feature is designed to make a car’s behavior more predictable in emergency situations, but it also constrains a driver to a limited range of capabilities at the expense of driver authority and fast lap times. As a result, many cars have “sport” modes that reduce or even disable these safety systems in order to allow a professional driver to maximize the capability of what a car can offer.

Instead of taking away features to enhance the experience of professionals, Track Mode adds features to make any track driver, amateur or professional, feel superhuman on a track. This is possible because with Model 3 Performance, we replaced the stability control system with our own in-house Vehicle Dynamics Controller – software developed specifically for Tesla vehicles that acts both as a stability control system and also as a performance enhancement on the track.

Here is a summary of many of the features we employ with Track Mode while you’re on the track:


Model 3 Performance with Track Mode integrates active controls with the vehicle’s already planted chassis and nimble, responsive steering by maximizing the driver’s authority under any condition. We do this with the same secret weapon used for 0-60 mph launches: the two motors that sit on each axle. And like most aspects of a Tesla, we’ll continue to improve and enhance Track Mode over time with future over-the-air updates.

Electric Car Charging – Everything You Need to Know