Daimler Trucks CEO Martin Daum revealed late last week that while he believes the upcoming Tesla electric semi truck seems “fun”, he takes competition from the American automaker very seriously, and intends to defend the company’s position as a global leader in trucks.

In a recent interview conducted with Business Insider during this year’s Consumer Electronics Show, Daum expressed his feelings regarding Tesla’s electric semi, stating:

“They’re fun; it’s an interesting market. We take every competitor seriously; Tesla has proved they really have the tenacity to really go through huge losses to capture the market. But trucking is a difficult business. They will learn the hard way; trucking is not like passenger cars where one size fits all. There’s a lot of variety in trucking… the United States is a highly competitive market, so as I said, they’re fun.”

In 2018, Daimler Trucks sold over 500,000 trucks worldwide, further cementing the German automaker as a global powerhouse not to be taken lightly. In North America alone, Daimler Trucks sold 176,000 vehicles ranging from school buses and delivery vans to large, specialized trucks that weigh several tons. According to Daum, the company can only afford to develop and manufacture trucks of such variety as a result of their global footprint, something Tesla has yet to truly establish. 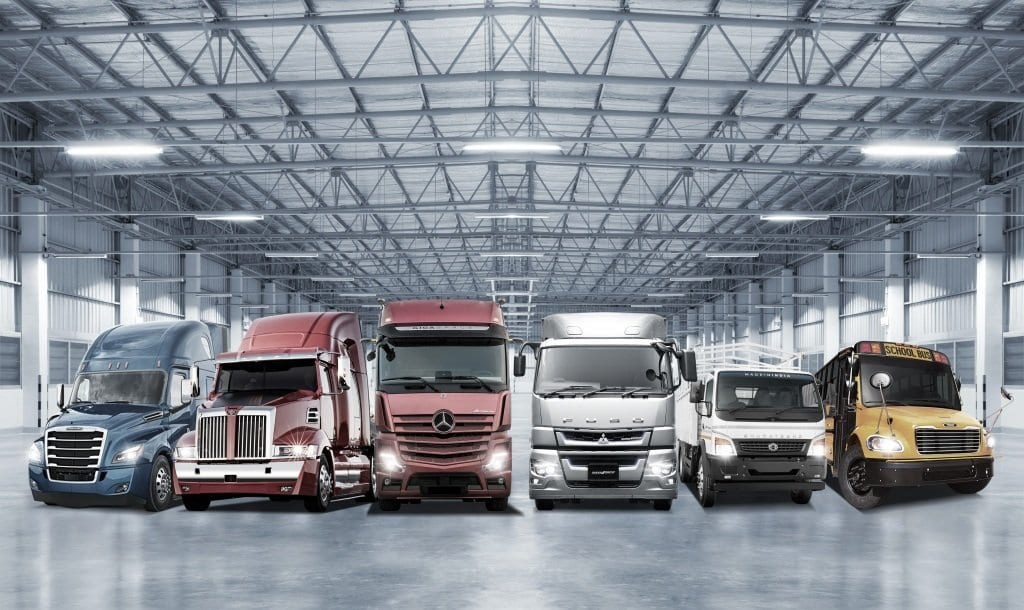 “How do we survive? Because we run a global business. I don’t just look at the 176,000 North American trucks; I look at the more 500,000 trucks we sell worldwide… And that is a unit number you need to survive ultimately. Of all players in the North American market — Volvo, Navistar, in the association with the Volkswagen Group, and Paccar — we all have one big global footprint.

“So for Tesla, it is a long way for it to get that. Not making fun of them, we take them seriously. In their niche, they could be successful, but to be ultimately the fifth player in the North American market, it’s a long way, and we won’t make it easy for them.”

Daimler Trucks has made it no secret that they take Tesla very seriously as a competitor, as this is far from the first time they have publicly challenged the American automaker. Back in December 2018, Daimler went as far as to strategically deliver their first Freightliner electric truck ahead of schedule, effectively beating Tesla’s 2019 target launch for their upcoming electric semi.

While it’s always nice to see a healthy dose of competition between automakers, Daum raises some fairly compelling points. If Tesla truly is serious about tackling the electric truck market, they are going to have to work extremely hard to establish themselves as a global superpower as quickly as possible, and Daimler doesn’t seem like they will be making that easy for them.

Tesla’s Marketing Strategy – a Unique Perspective on a Standardized Practice