It seems to have been a long time coming, but a refresh for both the Model S and Model X has happened. Many had speculated that an update was in the works following the production halt of both models at Fremont in late December and early January. Our suspicions were finally confirmed during Tesla’s Q4 2020 Earnings Report when they finally gave us a look at the new facelifts and major interior changes.

I have said many times before, but both the Model S and X have become stale over their lifespans. Even though Tesla has prided itself on having incremental updates to their models, it was time for a significant change-up if they wanted to help increase slacking sales. And so, we finally received one, and while the exterior has remained largely unchanged, the interior has seen a major update. 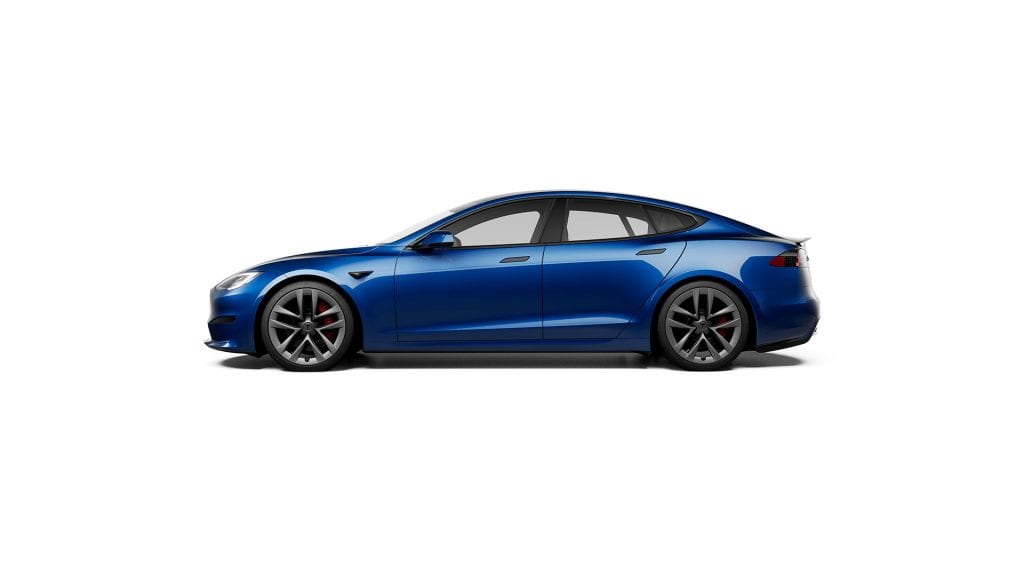 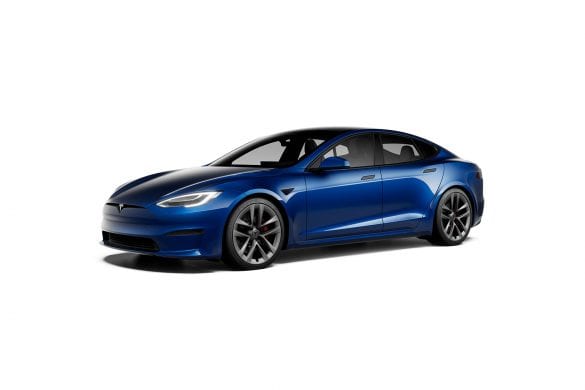 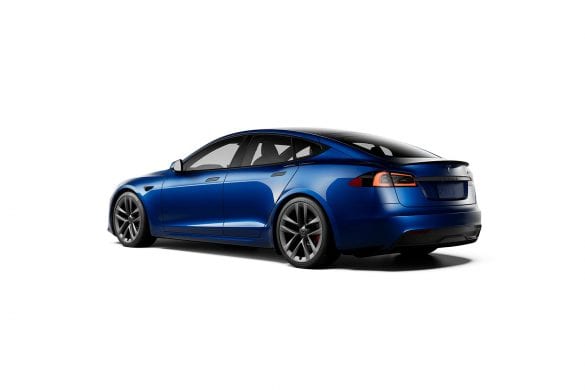 We’ll start with the exterior changes as they are the more minimal portion. For both models, the headlights and taillights look to have received an update and are now using LEDs. Following the trend of the Model 3/Y, Tesla has gotten rid of chrome for accent pieces on the exterior, so congratulations everyone, we have bulled chrome out of existence. Finally, the largest change comes to the bottom portion of the bumper which now has a little bit more going on in terms or intakes and has seemed to have grown a small chin. Overall, it’s not too big of a change to the exterior, but the interior changes make up for it.

Where to even begin? Everything looks to be different. We’ll start with the displays, there are three of them now. The old vertical display has been replaced with a horizontal one which should now unify the Tesla software experience across all new models. There is now also a small screen for the rear passengers that is located on the rear of the center console armrest.

With 2200×1300 resolution, ultra-bright colors with exceptional responsiveness and left-right tilt, the new center display is an ideal touchscreen for entertainment and gaming anywhere. A second display in front of the driver shows critical driving information, and a third display provides entertainment and controls for rear passengers.

Tesla seems to be fairly confident in the new hardware’s ability to play modern gaming titles as the configurator makes mention that the chips in the Tesla are equal to the processing power found in modern consoles. Musk also went on Twitter to claim that the car will be able to play Cyberpunk, a notoriously difficult to run game. Tesla also wrote in the features list that “New features that become available after delivery may be subject to additional charges.” For some, this could be just a standard disclaimer, but some might take this as the existence of a future app store, especially if Tesla does intend to provide a decent amount of video games to the platform. 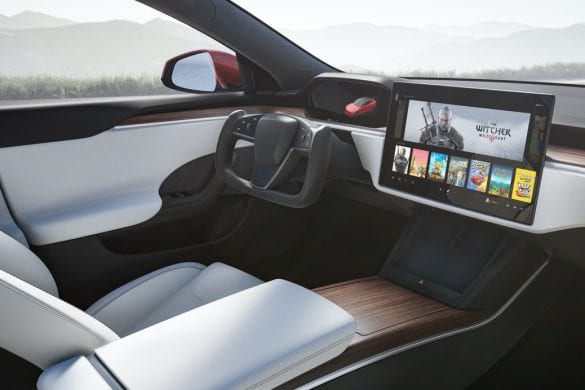 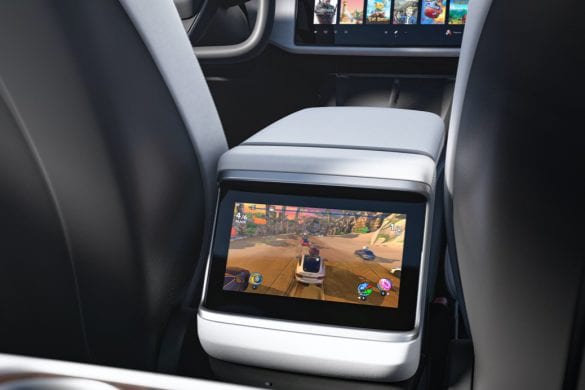 Moving on to the next biggest change is the racing styled steering wheel that appeared in both the Tesla Roadster and Cybertruck. Tesla calls it “Yoke Steering” and describes it as such:

Frankly, I’m surprised that Tesla went with this design of steering wheel which I would imagine only appeals to sports car enthusiasts, but I guess Tesla forecasts enough people finding the wheel usable. Along with the unique steering wheel shape, Tesla has shed the stalks. Now, most of the functions found on the stalks such as windshield wipers and turn signals have been moved to capacitive buttons around the thumbwheels on the side of the wheel. This actually isn’t completely unique to Tesla as Ferrari has been doing it on their models. The thinking behind it being that, you want to have as little reason to take your hands off the wheel during high-performance driving (which is ironic on a car that’s supposed to eventually drive itself). 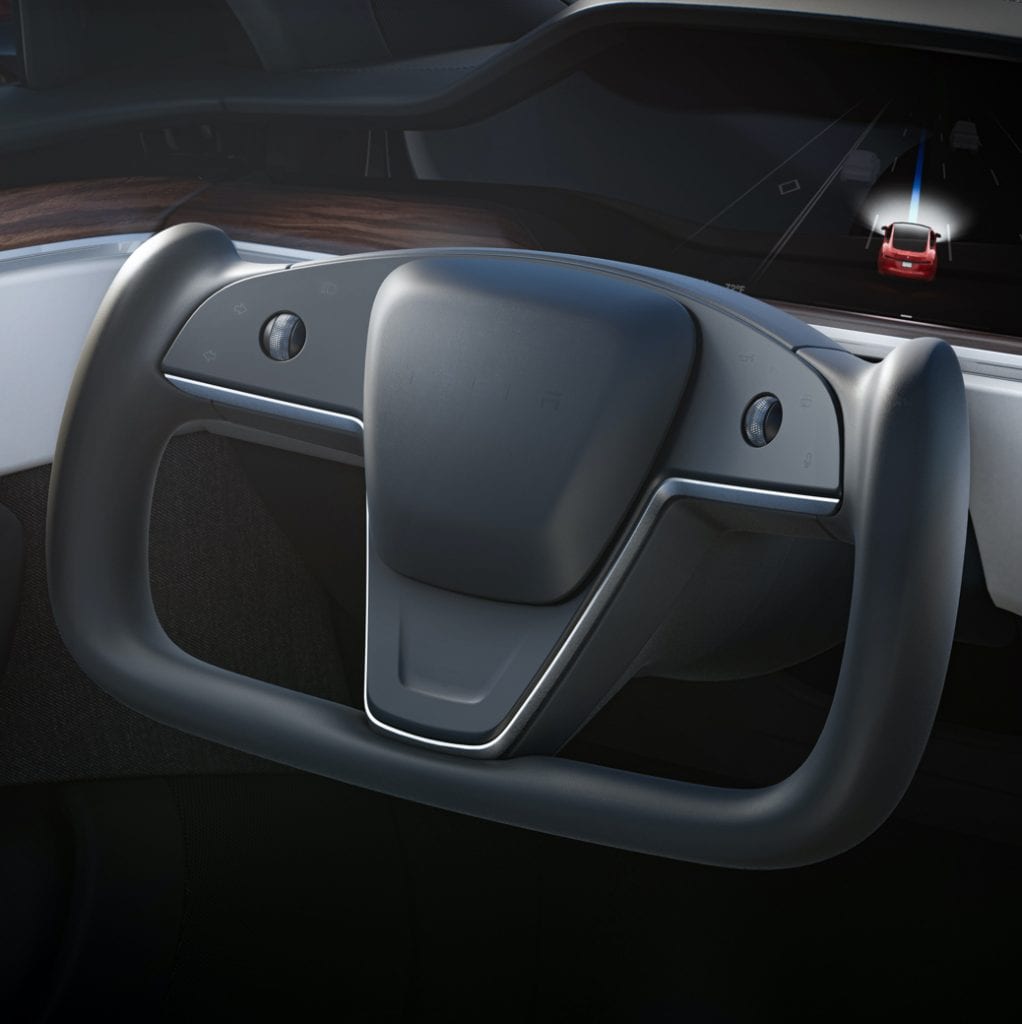 Another consequence of this stalk-less design is that the car does not have a gear shifter. According to Electrek who reportedly received internal documents, Tesla wants the end goal for their AI to choose the proper gear for the driver.

“The vehicle uses its Autopilot sensors to intelligently and automatically determine intended drive modes and select them. For example, if the front of Model S/X is facing a garage wall, it will detect this and automatically shift to Reverse once the driver presses the brake pedal. This eliminates one more step for the drivers of the world’s most intelligent production cars.”

Ultimately if you don’t like giving up that much control, there are still buttons found for the different gears under the phone charger.

The Model S/X also now have the same vents for the air conditioning that are found in the Model 3/Y. Tesla states that it’s a Tri-Zone, which presumably means that there is a zone for the driver, passenger, and rear seats. Also, taken from the 3/Y are the doors which are opened with a button instead of a latch.

Lastly, the Model S has a new glass roof that gives you a good look at the new interior. 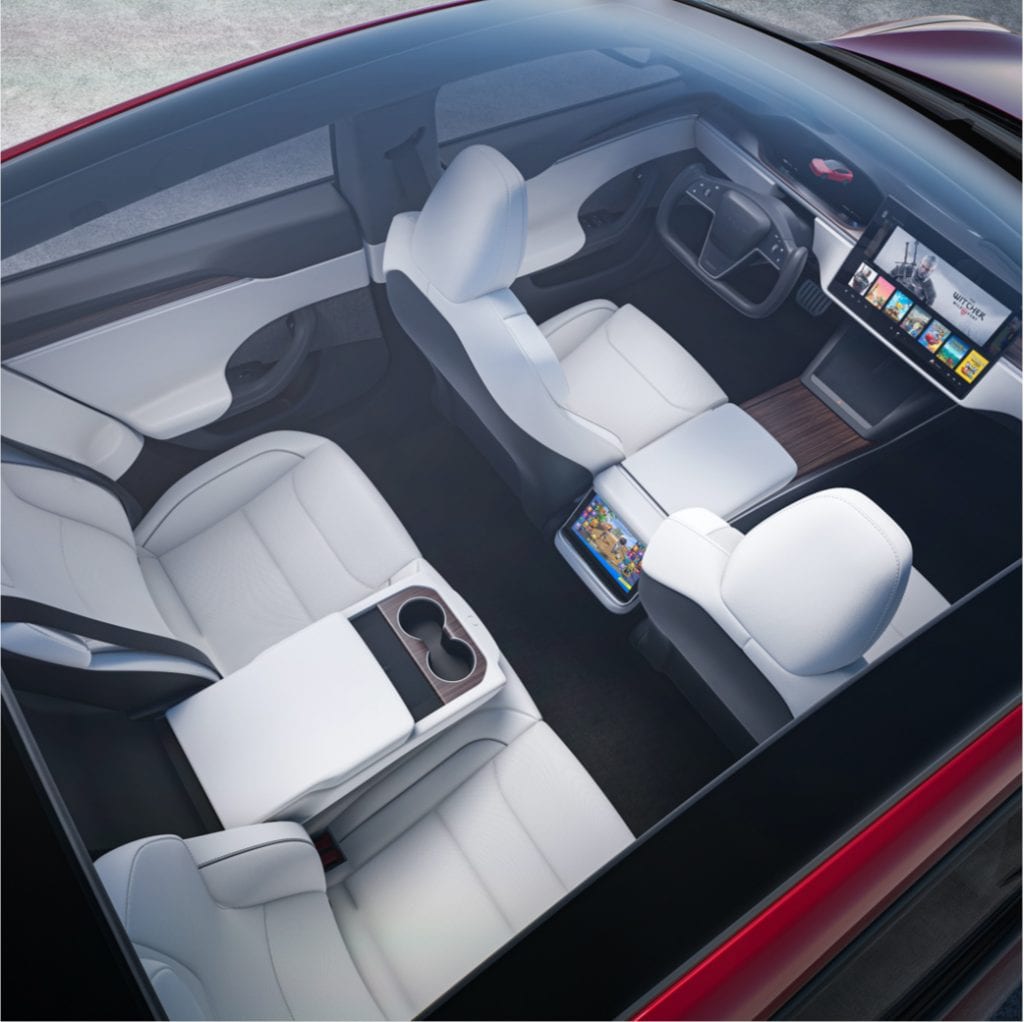 Tesla has moved around their Trim names a little bit, meaning that a Tesla Model S Plaid will be available in a few months, but not the same Plaid Model S that we have been hearing about, that one is still set for late 2021. What Tesla has done was upgrade the Performance Model S and made it a tri-motor setup. This new trim is called the Plaid while the highest performance version Model S that we’ve been hearing about will be known as the Plaid+.

The Model X also got the same name rearrangement but will not have a Plaid+ version. Below you can find a condensed view of the stats for both the Model S and Model X trims. 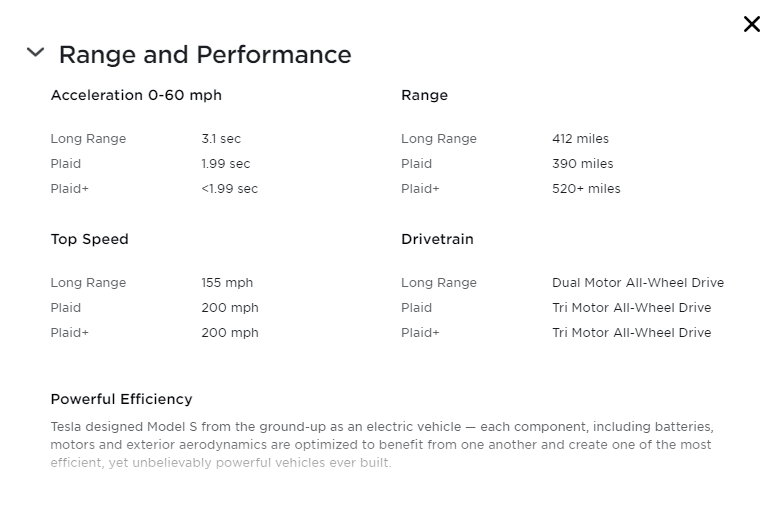 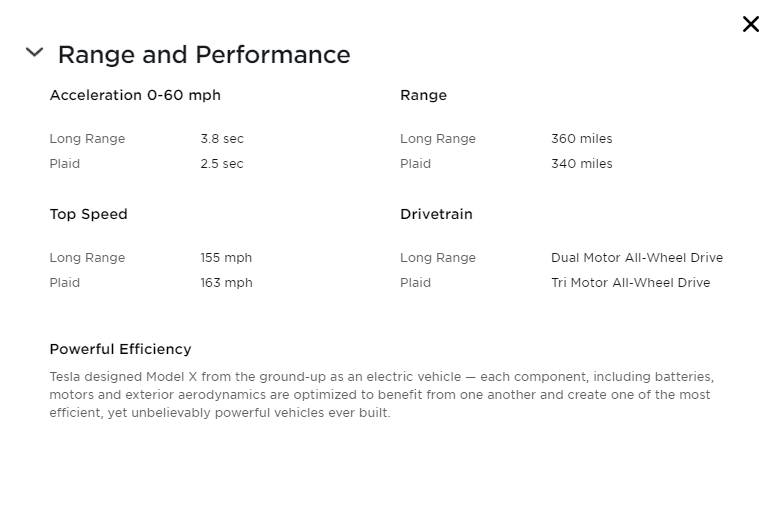 The Long Range versions of both cars have seen a small boost in their ranges and speed. The Model S Plaid and Plaid+ are actually very similar to one another in terms of performance with the latter having a range of 520+ miles while the regular plaid only has 390 miles.

As a result of this refresh all the models have received a price increase of about $10,000, so say goodbye to that $69,420 meme price. The new prices are as follows:

With the Earnings Report revealing that Tesla has increased the production capacity of the Model S/X at Fremont it seems that Tesla is anticipating that the refresh will be worth the price increase for people.

Personally I enjoy the refresh, but I would have probably been happy with any sort of update to these cars. There are still questions left unanswered and Musk stated during the earnings call that her would have a call regarding the refreshed models, so hopefully we’ll get some more information prior to the first delivered happening in March.

What do you guys think of the Model S/X refresh? Let us know down in the comments below and check out the configurator if you haven’t already.

Tesla Will Now Do Lane Changes With No Confirmation