The SF90 Stradale Is the First Plug-In Electric Ferrari

The Ferrari SF90 Stradale will make its debut as the first plug-in electric Ferrari, and it will make quite a debut. The addition of three electric engines will boost the Stradale’s power to 986 horsepower.

While the LaFerrari was the first Ferrari to have some sort of electrification with its mild hybrid system, the SF90 will be most electric Ferrari yet.

While the SF90 does have an all-electric range of 25 km (15.5 miles), Ferrari is leveraging the hybrid system for performance rather than fuel economy. Although it is nice that can you take a short jaunt in your electric supercar.

Ferrari had already started with its most powerful turbo V8 engine which produces 769 hp and 590 pound-feet of torque. Is is then mated to a three electric motor setup (two in the front, one in the rear) which provides up to an additional 217 hp. This 986 hp powertrain can launch the SF90 to 62 mph in just 2.5 seconds. Another advantage of the hybrid system is that the two forward electric motors make the SF90 and all-wheel drive car. The only other AWD Ferraris are the FF and GTC4Lusso (which many don’t consider real Ferraris)

Due to the serious increase in power, Ferrari had to design the SF90 to not only have adequate cooling, but also enough downforce to handle the additional power and retain good handling. Ferrari states that the engine bay can get up to nearly 900°C. 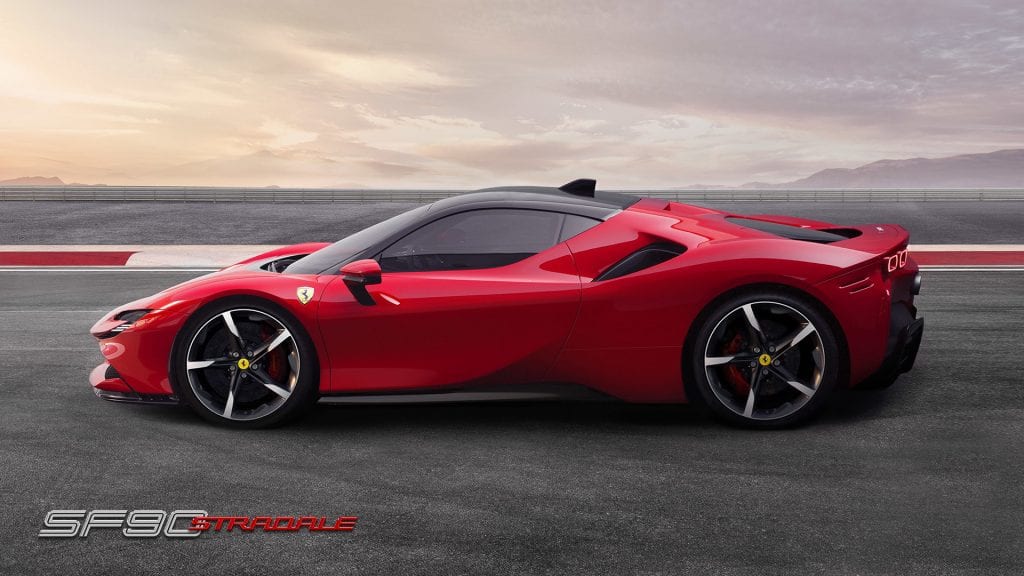 Due to all the aerodynamic features of the car, many might find that the design is too busy. However, I am a fan of the design, especially the headlight shape and raised exhaust tips. 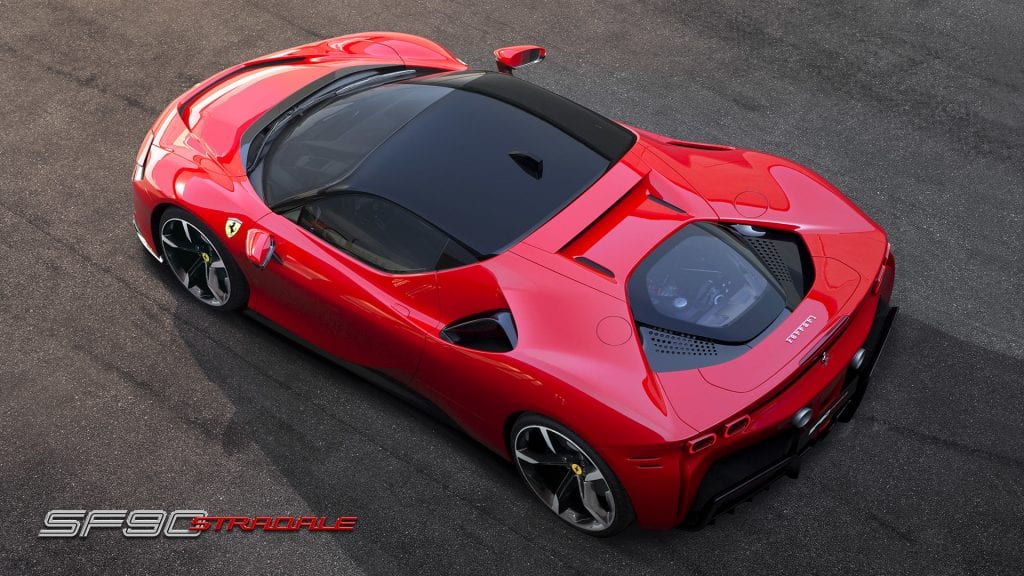 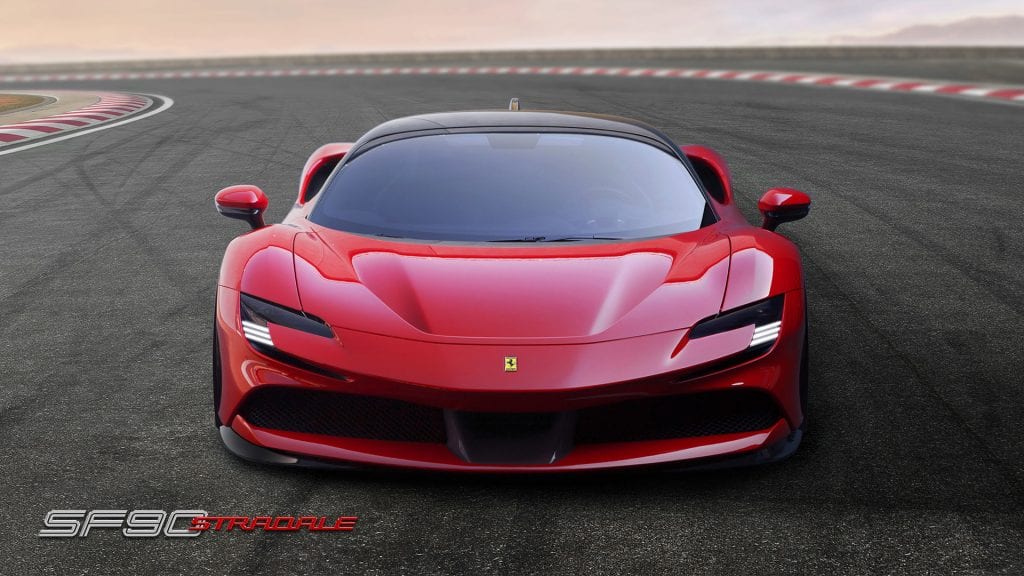 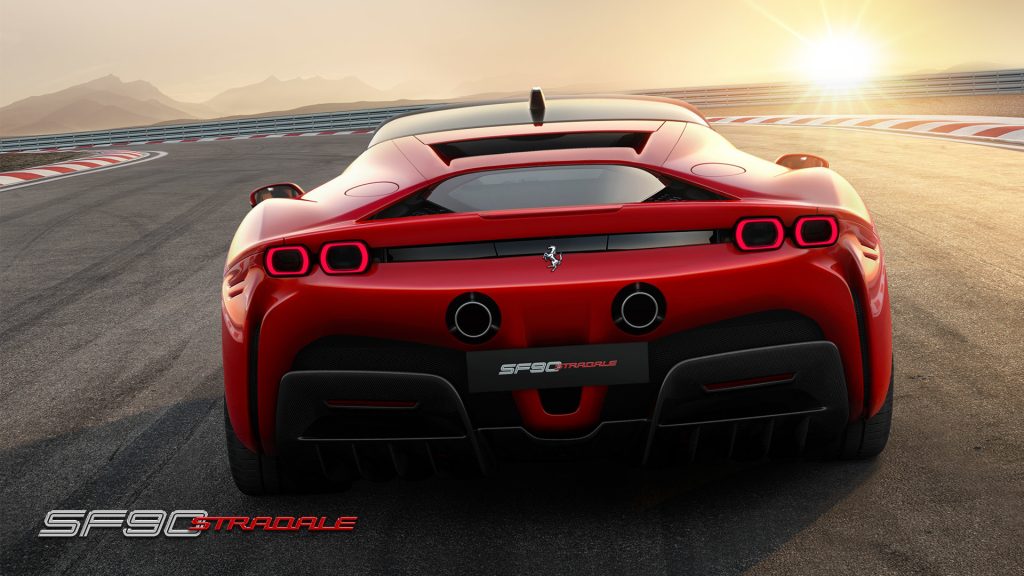 The interior at a quick glance does not look to different from the current Ferrari offerings, however the designers have taken a “futuristic approach”. The instrument panel is now a single 16-inch panel that curves towards the driver to “emphasize the F1-style wrap-around cockpit effect”. According to Ferrari, this is the first time a screen like this has been used in a production car. 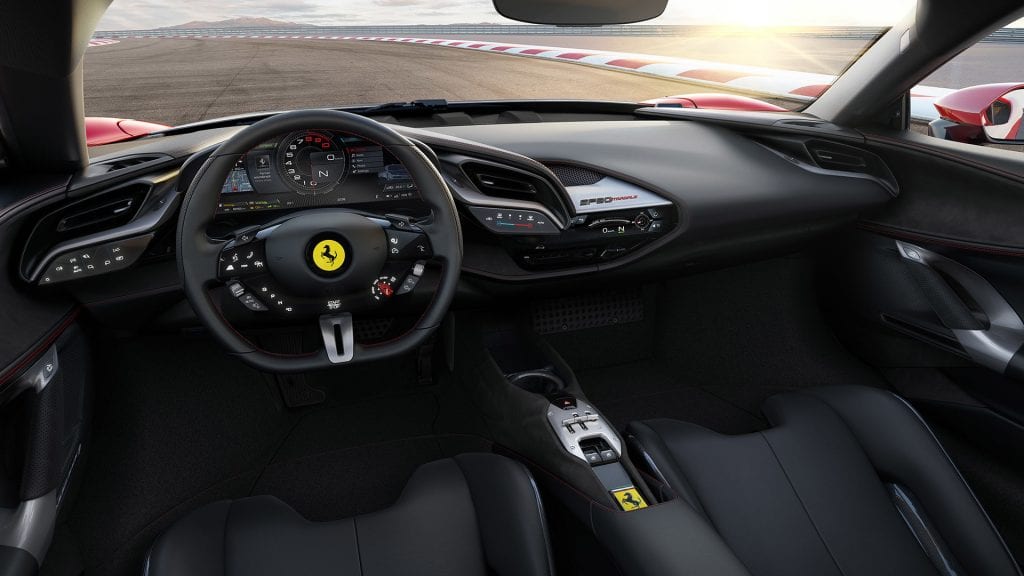 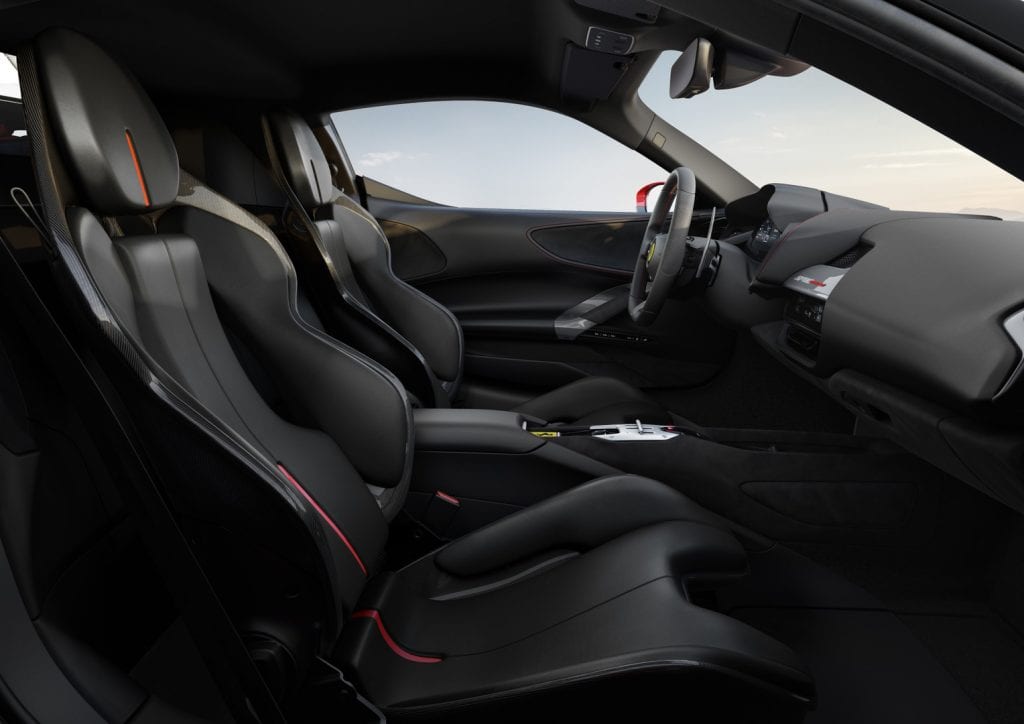 Additionally the SF90 will continue Ferrari’s “hands-on-the-wheel” philosophy and have basically every function of the car accessible via the steering wheel. 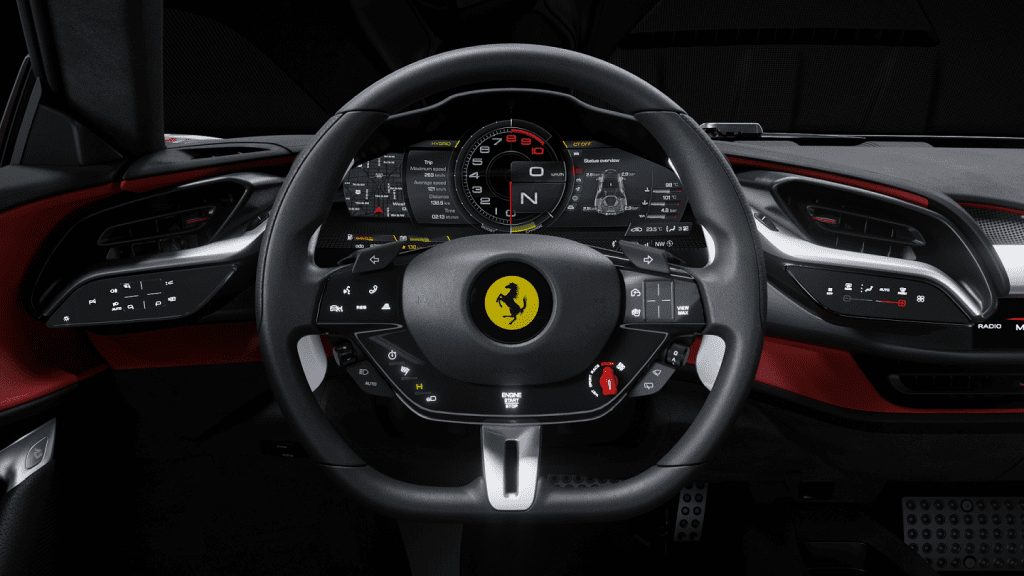 For those wondering about the SF90’s name:

The car’s name encapsulates the true significance of all that has been achieved in terms of performance. The reference to the 90th anniversary of the foundation of Scuderia Ferrari underscores the strong link that has always existed between Ferrari’s track and road cars. A brilliant encapsulation of the most advanced technologies developed in Maranello, the SF90 Stradale is also the perfect demonstration of how Ferrari immediately transitions the knowledge and skills it acquires in competition to its production cars.

One surprising note from the press release is that the SF90 does not intend to be a replacement of the LaFerrari.

The SF90 Stradale slots in between the mid-rear-engined coupés, today represented by the F8 Tributo, and supercars of the likes of LaFerrari, and is the new standard-bearer for hyper-technological extreme cars brimming with future-forward content.

So if a car making nearly 1,000 hp is not enough to be Ferrari’s top car, we are excited to see what kind of power the LaFerrari successor will be making.

Pricing and availability have yet to be revealed.

What do you guys think of this electric Ferrari? Let us know down in the comments below.

There is A Possible Lamborghini Hybrid Launching in 2021