With this latest software update, some of the owner community, including myself, are upset. This is the first software update that Telsa has transitioned away from MCU1, a pretty major hardware component.

MCU1 has been around from the very start. It was only earlier this year that Tesla swapped over to the next gen without any sort of communication whatsoever. The MCU, Media Control Unit, is the component responsible for speed and response time as it has a much better processor. It will directly correlate with which future Tesla updates you will receive. The new MCU, MCU2, is twice as fast as the previous. If you own an older Tesla and have ever stepped in a new or showroom model, the difference is very clear.

As we all come to know, Teslas do not get updated once a year like all other cars. They get updated whenever they feel like it. This allows them to constantly innovate and improve their vehicles without having to wait out the year end cycle. For the most part, it is great and is part of what keeps Tesla ahead.

So why are some owners angry? Communication. Tesla makes these changes unannounced. Elon Musk has no trouble giving us a heads up to future software updates and self-driving features but no one want’s to tell you when a major hardware or physical change will occur.

The MCU was actually swapped out earlier this year but it is only now with this latest update that MCU1 owners are being left behind and not receiving the same features as newer cars with MCU2. We knew from the start that this would happen. Nothing here is new, it’s just now being brought up again as it starts to take a toll on older vehicles. 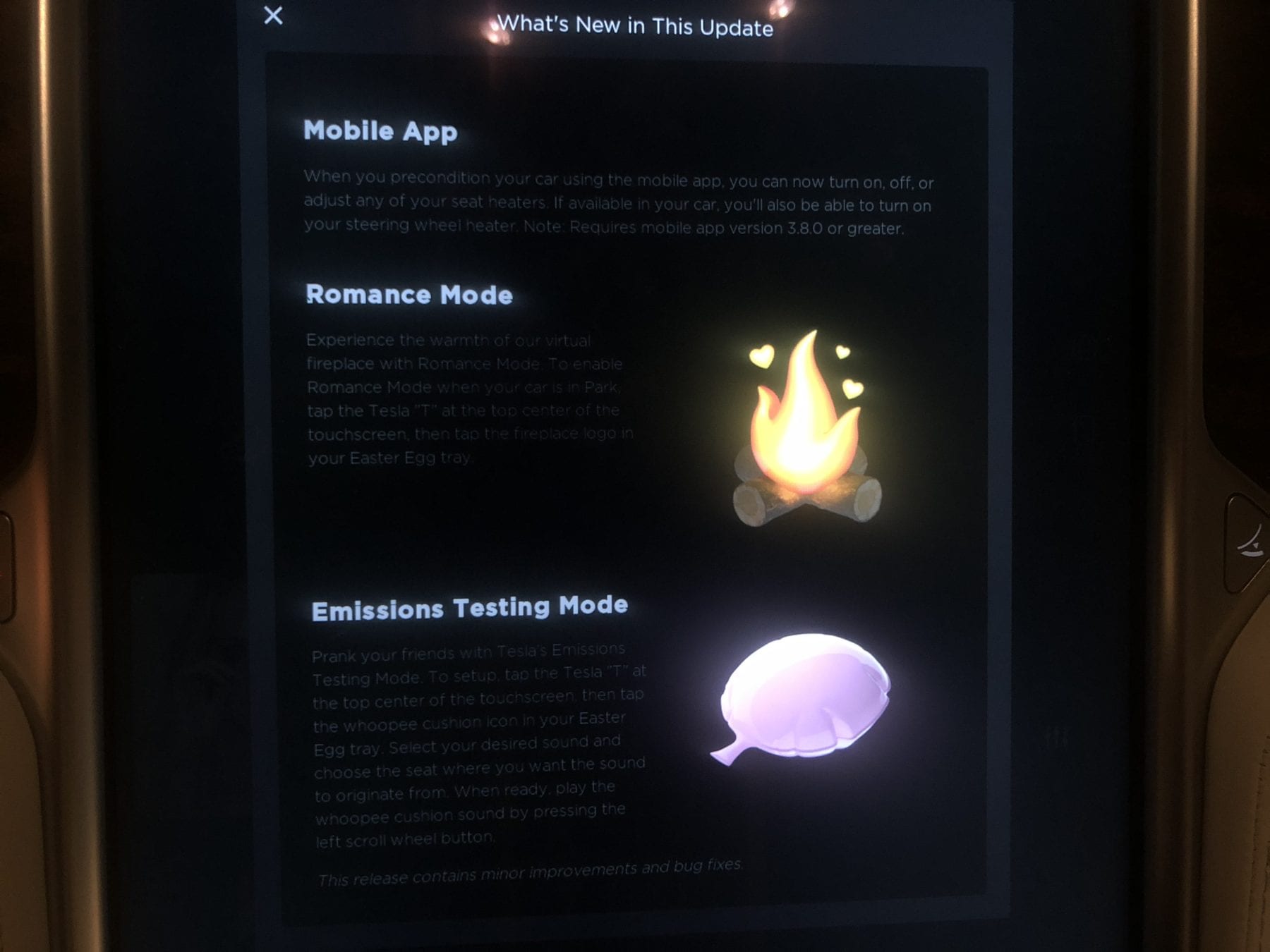 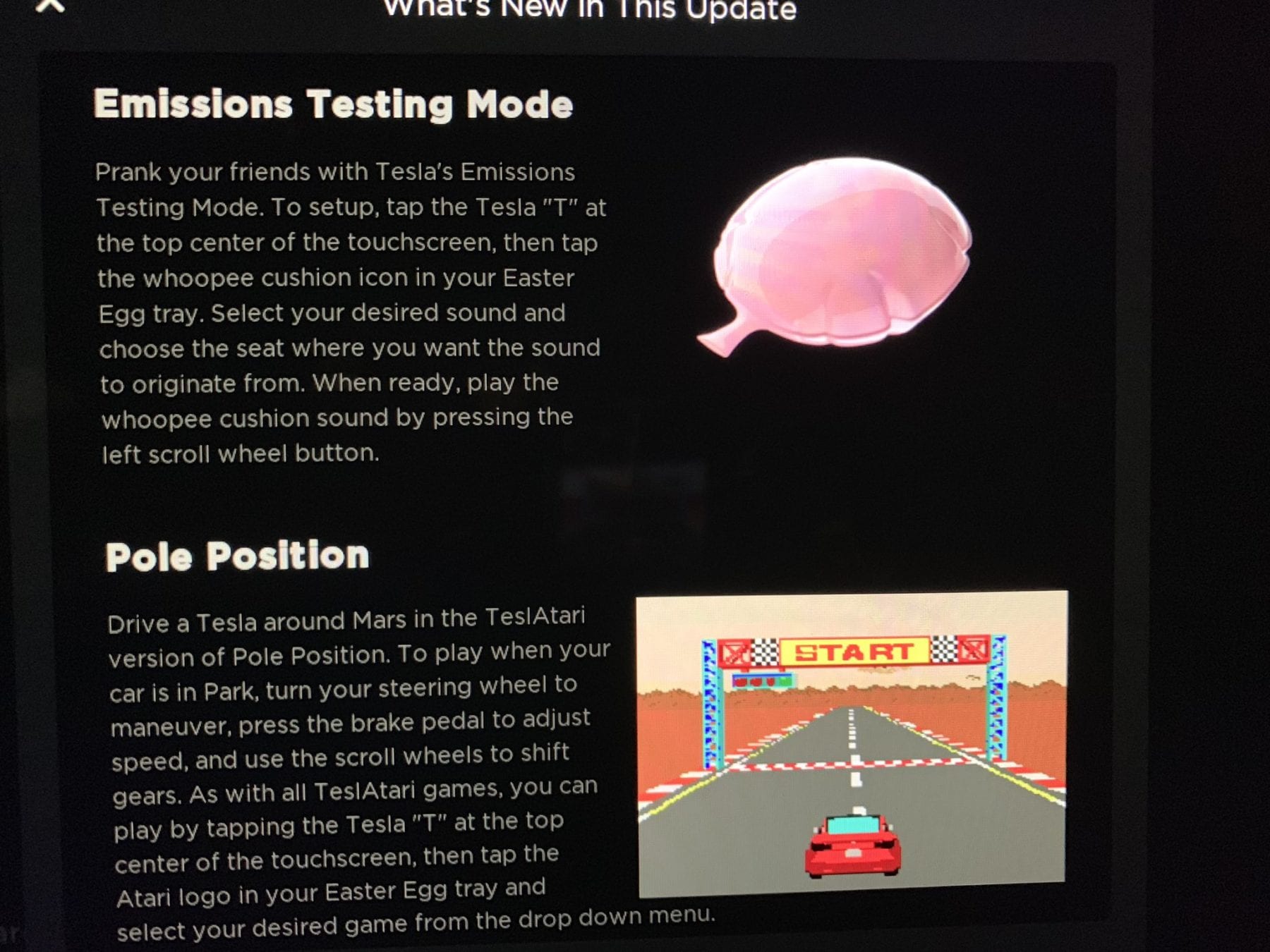 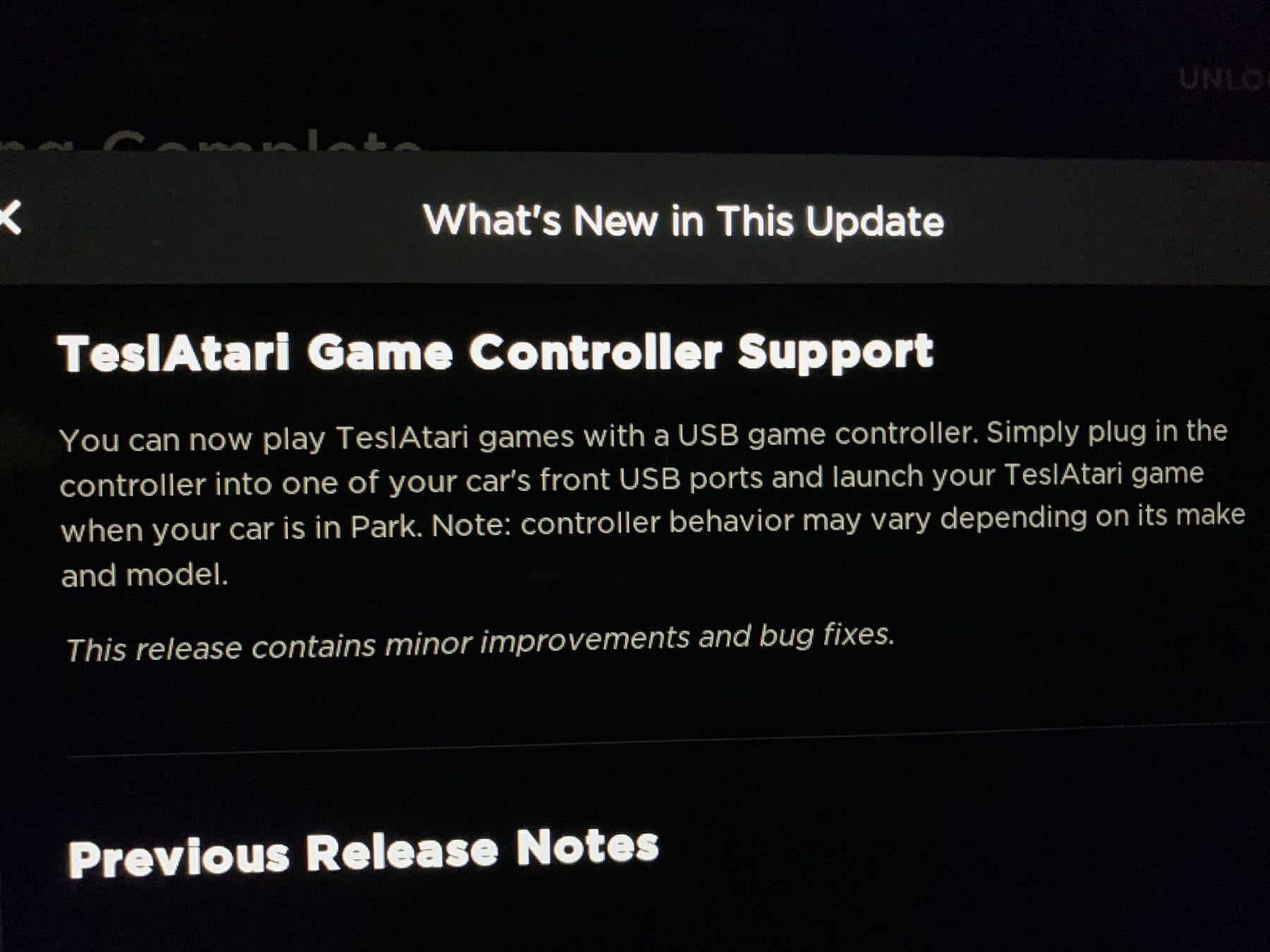 Is this just about Atari games? Absolutely not. This will affect the future of all software updates and features to come. The issue here is Tesla’s lack of communication.

Of course the MCU had to change eventually, MCU1 is over 5 years old now and extremely outdated. Of course Tesla needs to continue to improve their cars, and of course having a better MCU would allow for Tesla to reach new software heights on their newer and future cars. But as a company that claims to be selling upwards of 5,000 cars per week and an average 6 week delivery time, that’s up to 30,000 people who, for lack of better words, get screwed with each unannounced update. I fell into that group by 2 days.

It took 6 weeks for Tesla to make and deliver my Model S and during my ordering process, the roof was changed to alcantara, the 21” rims were upgraded, the sun visor was upgraded, and MCU1 was swapped for MCU2. I was informed by email that my rims were to be upgraded to the newer style but for the rest of the upgrades, the entire community was in the dark. No one with an active order knew what they would be receiving. We are constantly in the dark and it is still this way today. 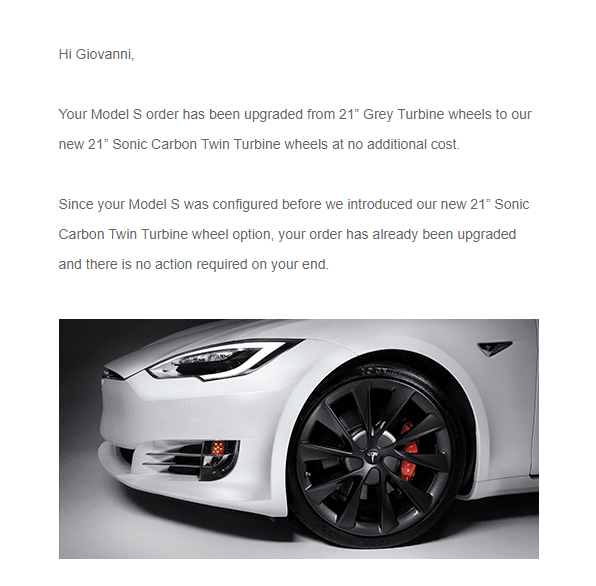 The thing with ordering a Tesla is that you never know what you’re going to get. With their constant changes and lack of communication, you’re always in fear that a major change will approach during your order process. I ordered my car not once, but twice (refunded). Every time I went to order on the configurator, I stopped myself in fear that tomorrow they’ll be an update. When I finally ordered my car, my biggest fear came true.

I went to pick up my Model S while having absolutely no idea what I would be getting. The community was still deciphering at what VIN# these changes took place in since Tesla had still yet to mention their existence. Even with the owners receiving these changes, Tesla made no official announcement. A month must have went by before it was even referenced by Tesla and Musk. This is typically how Tesla operates.

As it turns out, I received the new alcantara roof, sun visor, and rims. The sales specialist had no idea how to check which MCU I had, he didn’t even know we were mid transition. It wasn’t until I got home that I found out I missed it by 2 whole days. My car left the factory less than 48 hours too early. I, and many others, would have most definitely waited 2 days to order our cars if we just knew a major upgrade like the MCU was approaching. Instead we are stuck with a 5 year old system. But it’s alright, Musk will gladly sell us an upgrade.

Yes, you can upgrade hardware, although we also wrote software to accelerate rendering on old MCU. Coming out soon & makes a big diff.

This is nothing new. People get screwed with every single change Tesla makes. Some being more major than others. It has been my biggest issue with Tesla from the start. It is ok to innovate, it is ok to upgrade your cars, and it is ok to improve. It is not ok to push for quarterly numbers while directly hurting the people keeping you in business. Not announcing major updates because you’re afraid of a short term drop in sales is absolutely wrong and disgusting.

That is exactly what it is. Tesla being afraid to say “hey, if you want the latest and greatest, maybe wait a week.” Because the quarter is wrapping up all they care about is pushing deliveries to make investors happy. Heads up, without customers you have no investors and a lot of us aren’t too happy right now.

Electrek made headlines just a few months ago when journalist Fred Lambert fell into a similar situation. The Performance package was made free and came stock with all Performance Model 3s. Before that, the package was an additional $5,000. Owners who purchased the package overpaid by $5,000.

Didn’t you get free Supercharging for life? Current buyers don’t get that.

It was underpriced. Anyway, if you want $5k refund & free Supercharging turned off, we will do that.

I don’t think I’m asking for much here. Just some sort of communication of what updates are to come and when they will take effect instead of tossing them up out of the blue. Maybe Tesla could even just stick to some sort of an update schedule like everyone else. This current system of leaving the consumer in the dark does not sit right with me at all.

If Tesla would have stated the change, sure, people would have delayed orders. But delayed orders are still orders. Only difference is it would have lowered their quarterly numbers. Tesla treats their investors better than their customers. I’m not saying each change to the line needs a statement but I certainly feel like upgrading a major component that is now 5 years old to a newer one that will receive updates for the coming years that the other wont is worth mentioning. Of course the MCU needed to be updated. It didn’t need to be updated with no communication. What other manufacturer makes major changes to cars being delivered without informing their customers? Typically new models and changes are shown months before they’re even made available. Does that stop people from buying cars at the end of the year? Of course it slows sales down and leaves them with an excess of inventory of last years model. This is not an issue only Tesla deals with. Other manufactures take the loss and discount older models. Instead, Tesla wants the customer to take the loss.

I’m positive no changes will be made for those who drew the short straw in this case. I can’t speak for others but I’m ok with it. This is not an attempt to get reimbursed, I need to make that clear. I am stating this now to use my voice on behalf of owners who have been negativity affected by Tesla’s lack of communication. This is just not ok.

If you wan’t to defend Tesla here, go for it. But for me, this is a deal breaker. Of course, there will never be a time where everyone is happy but you can easily lower that gap by simply communicating with your customers. I will not purchase my next car in fear of an unexpected update. Sure, constantly updating your product has its many benefits but it does not outweigh the feeling of being screwed by a company you’re a fan of and trusted. There are better ways to do this.

Tesla not only led the market, they created the luxury EV market. As time goes on others are entering the field. I would much rather know what I’m getting when I order with a consistent brand than get the car currently ahead in software. If Tesla doesn’t make changes soon, I and many others will be looking elsewhere for future vehicle purchases. I’m looking at you, Porsche, Audi, BMW, Jaguar, Mercedes.