At the upcoming 2019 International Consumer Electronics Show, Kia will present their brand new SEED electric car concept, which they claim will serve as a potential mobility solution for urban environments.

The SEED Car concept is a four-wheel electric cycle that features a 100 km (62 miles) range on a single charge with the aid of pedal input from the driver. According to Kia, a high degree of electric power assistance will work in conjunction with the driver’s pedal inputs to make the task as effortless as possible.

According to a recent press release, the SEED Car “has been designed to make urban driving easy, fun and safe, while exploring how Kia could make the final mile of any journey possible with a personal mobility device.”

Outside of the city, the SEED Car will allegedly be housed within the BIRD Car, an autonomous shuttle vehicle capable of travelling further than the electric cycle’s range permits, to allow for longer journeys.

The SEED Car will also debut alongside Kia’s new Real-Time Emotion Adaptive Driving (R.E.A.D.) System, the first ever emotional AI-based optimized and interactive in-cabin space centered on human senses. According to Kia, the READ System will be able to monitor a driver’s emotional state by using sensors to read their facial expressions, heart rate, and electrodermal activity. From there, the READ System can optimize and personalize a vehicle’s cabin space to create a “more joyful mobility experience”. 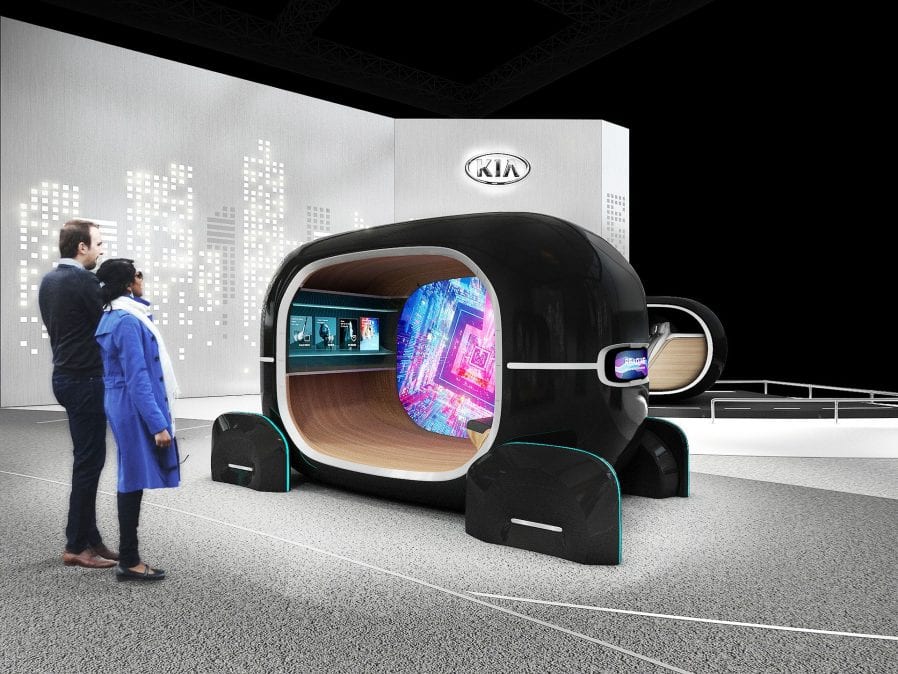 “Kia considers the interactive cabin a focal point for future mobility, and the R.E.A.D. System represents a convergence of cutting-edge vehicle control technology and AI-based emotional intelligence. The system enables continuous communication between driver and vehicle through the unspoken language of ‘feeling’, thereby providing an optimal, human-sense oriented space for the driver in real-time.”

The READ System will reportedly be showcased in tandem with Kia’s V-Touch, a virtual touch-type gesture control technology that will utilize a 3D camera to monitor a driver’s eyes and fingertips to allow occupants to manage several in-car features such as lighting, HVAC (heating, ventilation and air-conditioning), and entertainment systems via a head-up display. In theory, the V-Touch technology would completely eliminate the need for buttons or touch screens within a vehicle’s cabin.

Attendees at CES 2019 will be able to test Kia’s READ System at specially-designed experiential modules that will be installed at various booths throughout the event.

Waymo and Magna Team up to Produce Self-Driving Vehicles