Is Nikola Motors a Scam? Have We Been Duped?

With their recent IPO, Nikola Motors has been making controversial headlines almost daily. A company with no product, no proven technology, and no real path towards a mass scale is currently valued around the same as legacy automakers such as Ford. The question of whether or not this company is to be taken seriously has come up significantly throughout the last couple of weeks. Just last month, nearly no one had heard of Nikola Motors.

The company focuses in Hydrogen Fuel Cell vehicles, which is controversial on its own. With current standards, it is less efficient than today’s battery electric vehicles. It requires significant infrastructure developments as unlike electric cars, fuel cell vehicles need to be filled up at a safe facility, think gas station but more complex. As of today, hydrogen’s only benefit includes a faster fill up time, but sadly, there’s no where to fill up. According to the Department of Energy, there are 49 hydrogen fueling stations in North America, with almost all of them within California. 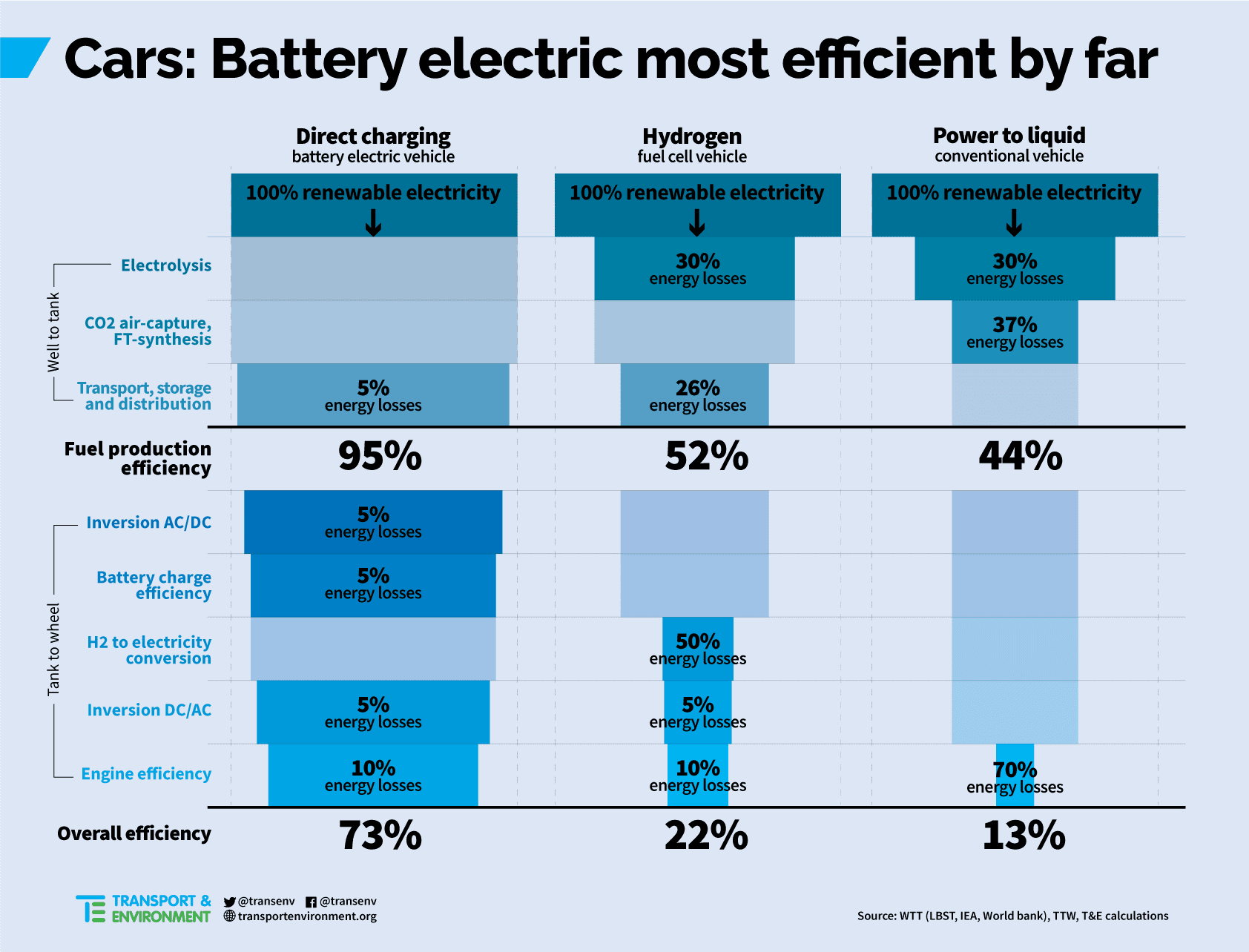 Fueling spots are a hurdle every new alternative energy vehicle has to combat. In their early days, Tesla faced similar issues. Even though the majority of EV owners are able to charge their vehicles from the comfort of their own home, many wanted to travel. The successful EV automaker quickly placed SuperChargers across the globe making long distant travel a breeze for anyone who chose to do so. Today they have 1,971 Supercharger Stations with 17,467 Superchargers stretching across the world.

Nikola of course understands the importance of infrastructure and have thought ahead. The company plans to build up 700 hydrogen/electric stations throughout the country by the year 2028.

The company has ample amount of money with ~$750 million in cash on hand. According to some, the cost to build a single hydrogen fueling station is $1 million – $2 million. As a side note, the cost to build a Tesla Supercharger is ~$250,000, and isn’t an essential (as you can charge an electric car at home). Keep in mind, this is just costs associated with infrastructure, not actually developing tech required or you know, a vehicle.

The company has cast a wide net with seven vehicles planned for production. Originating as a semi truck manufacturer, the Nikola One was introduced. Alongside it, the Nikola Two was unveiled. The only confirmed difference known today would be the fact that the One offers a sleeping compartment.

Later, the Nikola Tre was introduced for European markets. CNH Industrial took a $250 million stake in Nikola in order to build the Tre in a 50/50 partnership under their sub brand IVECO. Using their factory in Ulm, Germany, the Tre will begin production in early 2021 with deliveries beginning that same year. The Nikola Tre is said to be offered in both a hydrogen and fully electric version, with the former being offered in 2023. Both will be offered in 4×2 and 6×2 variants with modular and scalable batteries with a capacity of up to 720 kWh, fitting all trucking needs. It’s no question as to why people are drawing comparisons between Nikola’s Semi’s and the Tesla Semi. 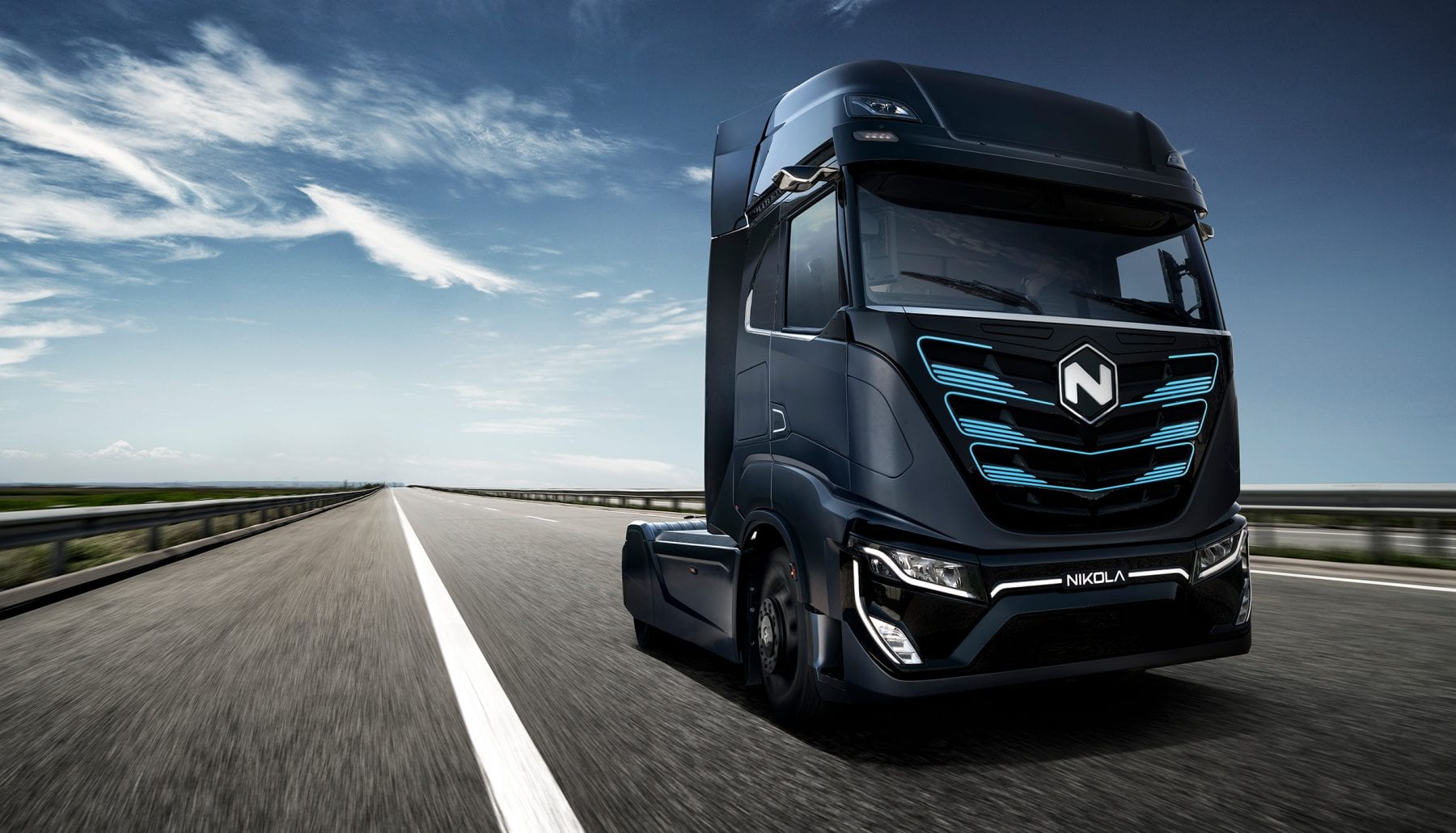 If this sounds like Nikola’s closet chance of success, you should know that they have close to no part in its story. Supplies will be sourced by IVECO, the truck will be produced by IVECO, and it will be built using IVECO’s readily available S-WAY platform. It does however integrates Nikola’s “truck technology”, controls, and infotainment.

The company has shared renders of three other hydrogen powered vehicles. Two ATV’s, the NZT and Reckless share the same specs of 775 ft lbs torque, 590 horsepower, up to 150 miles of range, and a 0-60 of 4.0 seconds. The third vehicle is a jet ski… with no stated specs apart from the fact that it’s water proof with an ip68 rating… 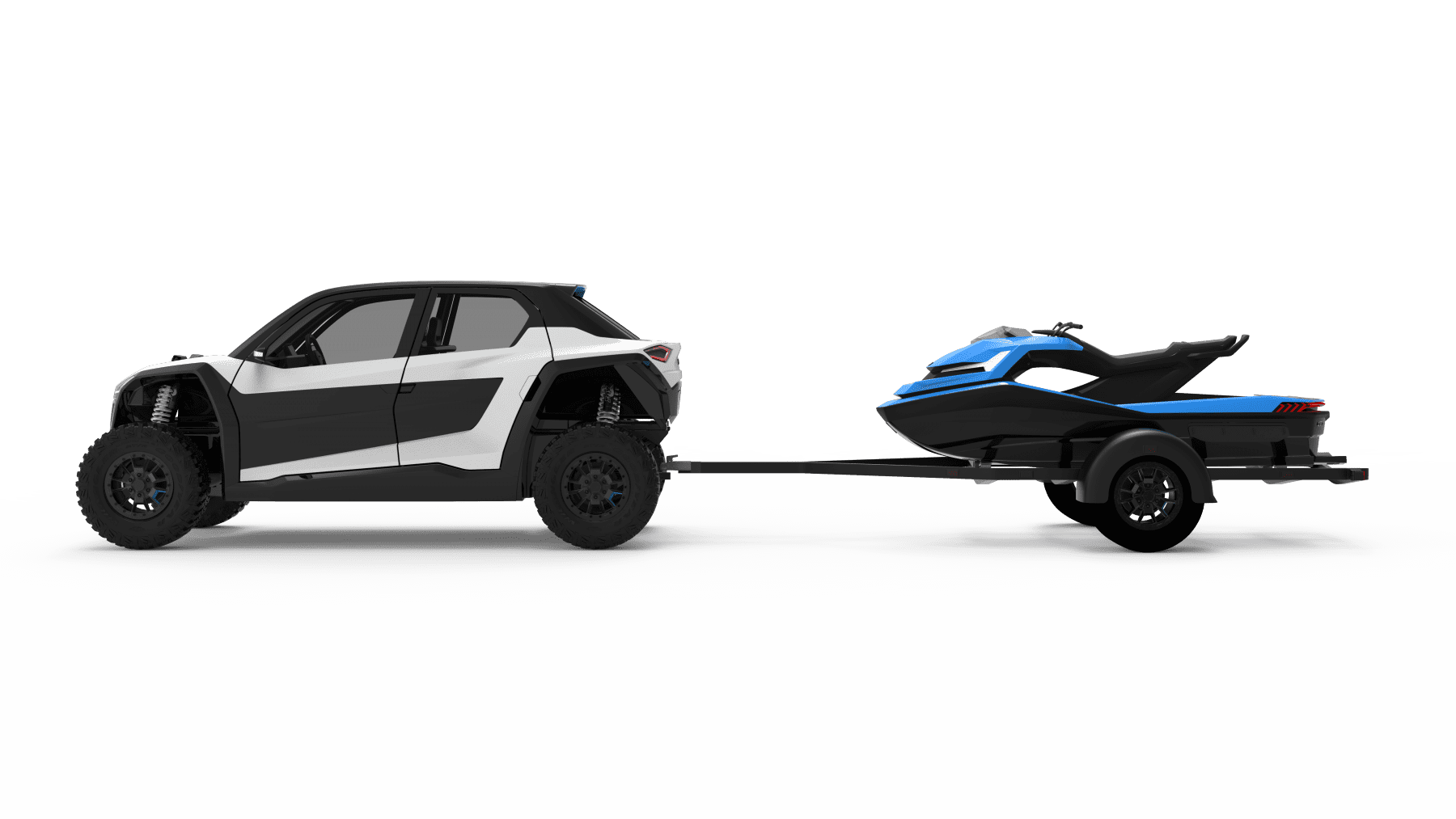 The latest render revealed is by far a fan favorite, an electric pickup truck dubbed the Badger. It will be made available as both a fuel cell and battery electric vehicle. The fuel cell variant will have the option to run on full battery power if filling up on hydrogen isn’t an option for you. Combined, the badger will have a range of 600 miles, 300 on fuel cell and 300 on electric. The Badger will also offer over 906 horsepower, 980 ft lbs torque, and a 0-60 of 2.9 seconds.

In order to build the original two hydrogen semis, Nikola Motors acquired a 389-acre parcel in Coolidge, Arizona, for $23 million. As of today, no construction has begun. There are however plans to break ground on July 23rd, according to the CEO. They initially stated the factory would begin producing trucks in 2021, and be able to build 35,000–50,000 trucks per year by 2023.

Logistically speaking, this is easily achievable, given enough money. We’ve seen Tesla accomplish similar feats time and time again. But the fact remains the same. As of today, Nikola Motors has not even begun construction of their factory.

The Tre is being made in IVECO’s Germany factory. There they plan to begin production of their fully electric semi truck in 2021 with the hydrogen powered variant following in 2023.

As of yet, none of these other vehicles have a location set for production. Alongside the announcement, it was revealed that the Nikola Badger would be made by partnering with another company. Most likely in the same fashion as the Nikola Tre. This was recently reinforced by the CEO on twitter. The only issue is we have yet to hear which company will partner with them or to what extent annual production numbers are expected to look like. If I had to guess, not even Nikola knows.

While currently the most talked about aspect of the company, the Nikola Badger was nearly a last minute decision. Trevor Milton recently revealed that the idea to create the Badger was only formed after seeing how ugly the Tesla Cybertruck looked, which was only revealed three months prior to the Badgers announcement.

In a company first, paid reservations will open on June 29th for the Nikola Badger. The company will hold their annual Nikola World Event on December 3rd – 5th where they will showcase a prototype of the Badger. In order to boost numbers, any reservation holders will be invited.

Is Nikola Motors a Scam?

Many argue that one day Fuel Cell could out perform electric vehicles on an emissions standpoint. However, Nikola has shown no technological advancements regarding hydrogen fuel cell. In fact, according to Bloomberg, Nikola Motors revealed their vehicles in an undrivable state without any Fuel Cell embedded. Nikola’s CEO did not deny the statement rather filed suit against Bloomberg and their journalist stating that he did not mislead the public and answered all questions asked honestly.

This just got sent to Bloomberg by our legal team. I wont stand for lies from Journalists when they knowingly deceive to harm others – It hurts all journalists. Wait until the full recorded interview comes out and it will expose Ed Ludlow for who he is. pic.twitter.com/2bbyH84AEc

According to CEO, currently, Nikola does have prototypes running on hydrogen power. Other than that, no questions regarding the technology have been answered.

All of these vehicles are still in their prototype stages with reservations opened. Apart from the Badger, none of them require any money down to reserve leading many to believe the company is just creating a hype to increase theoretical future sales and lead investors in.

So is Nikola Motors a scam? maybe not necessarily a scam per se, but we’ve seen this time and time again with companies creating renders, over promising, and then never being able to deliver. It’s the doom of kickstarters. Except now on a much larger scale. The trick? Gather as much attention as possible.

Alongside the announcement of the Nikola Badger, it was revealed the company would be partnering with a reality TV star for the project. While nothing is confirmed it is presumed this partnership would entail a reality TV appearance only reinforcing Nikola’s obvious need for the limelight.

Heavy D, a reality TV star from the “Diesel Brothers,” has partnered with Nikola to design, build and test the Badger in real world environments, which is anticipated to attract millions of viewers and followers through the process. The partnership will follow the Badger build from concept through production.

“My audience, hard-core truck enthusiasts, has expected me to push the limits of truck power and capabilities since my beginnings,” said Heavy D, AKA Dave Sparks. “Being able to pull back the curtain of a production truck build is a rare opportunity where we can include the everyday truck owner to participate in the final outcome of design, exterior choices and performance specs. I wanted to be part of that story and now I have the opportunity with Nikola.”

With Tesla’s exponential success they’ve clearly shown market potential for EV’s. Even if electrification doesn’t take off and one day account for 90-100% of the cars on the road, the market today is significant with everyone wanting a piece of the pie. Legacy automakers are all entering the field but behind them are these newly formed companies looking to monetize the hype surrounding alternative energy sources. If Nikola Motors wasn’t hydrogen based it would be no where near their present 25 billion dollar evaluation.

These newly formed companies are collecting millions in deposits they claim to be fully refundable. But who refunds consumers when the company goes bankrupt?

Faraday Future, Lucid, Sono, Bollinger, Fisker, the list goes on. All of these companies are looking to enter the market but to date have nothing more than a few renders and a prototype. Take a look at companies like Triton EV or Atlis who state entirely unrealistic specs while collecting ludicrously large deposits and you start to question the legitimacy of them all.

Most of these companies sincerely want to bring their prototypes to fruition and in this day and age, that’s only achievable through building a following. One that’s created by giving people what they want: controversy, out of this world specs, present day unachievable innovation, and cool looking renders. Nikola Motors follows the same path as them all.

Tech as a whole tends to surround itself with unnecessary hype. Take a look CES as an example, the largest annually held consumer electronics show. How many of those new age kitchen appliances shown have replaced the microwave? Its fun to take notice and dream of this revolutionary tech based future but not all new paths lead to success. One could argue Tesla has proven electric vehicles as a future household essential, but the same can’t be said for hydrogen technology.

Nikola could very well one day begin producing and selling hydrogen powered trucks. They could potentially hit their annual semi truck output goal of 35,000-50,000 and even have small success with the Badger. Even the recreational vehicles could be a hit in their respective niches. However, this is all years and years away. Nikola Motors is still a relatively new company formed just 5 years ago. They have much to do in preparation with many years left on the countdown to success. While you might not want to hear it, this is not the next Tesla and their current valuation is preposterous.