Volkswagen Group Components have just unveiled their new mobile electric vehicle charging stations that operate according to the same principles of a power bank. 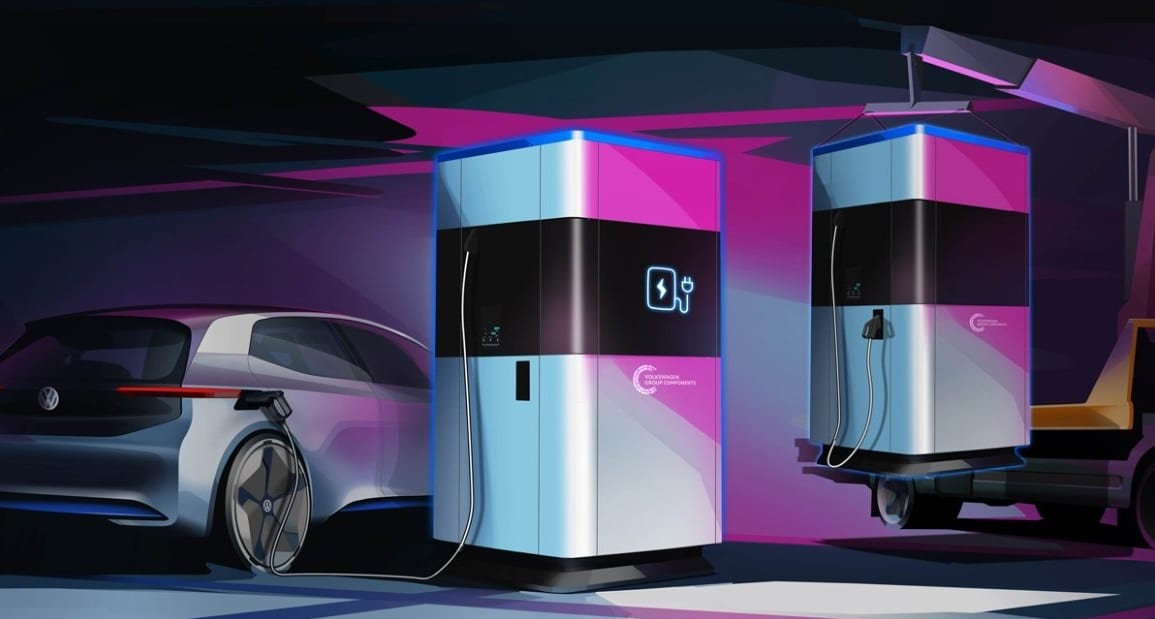 Thomas Schmall, Chair of the Board of Management of Volkswagen Group Components, stated:

“The mobile charging stations are a decisive step toward an efficient network of charging points. They can be set up anywhere as required – with or without connection to the power supply. This flexibility enables a completely new approach for the rapid expansion of the charging infrastructure. Cities can, for example, find out the most suitable places for a permanent charging point before making major investments in developing the network. In addition, it will be possible to set up a large number of charging stations temporarily – exactly when and where they are needed.” 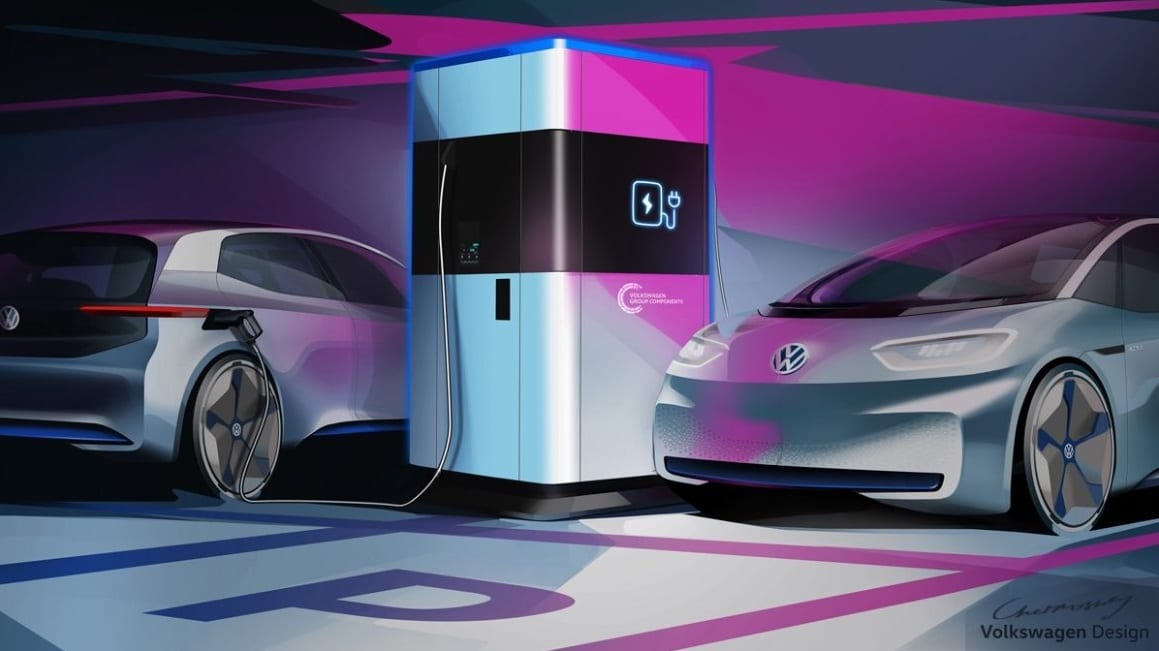 The mobile electric vehicle charging stations can also be charged with solar or wind energy. In the case that the mobile charger’s charging process is based on a renewable power supply, the charger can store the sustainably generated power which can then be transmitted to electric vehicles during charging.