Tesla arguably had their best year in 2018. Reaching what many claimed as unachievable, they surpassed all expectations. They got through the Model 3 bottleneck and are now capable of producing over 6,000 cars per week. Demand has sustained without offering leases or worldwide deliveries on the Model 3. But just what should we expect from Tesla in 2019?

Q4 wrapped up and now we are patiently waiting to hear from Tesla. They pushed for sales up until the very last second. Literally keeping stores open on New Year’s Eve until midnight. There have been rumors floating everywhere on demand slowing down in the U.S. even before the full rebate expired. It will be interesting to see which way the facts sway and how Tesla will do without the full $7,500 federal rebate. Will production increase for Europe, stall out, or start to decrease? We won’t truly know until Q1 ends.

The federal rebate has been halved to $3,750. You have 6 months to order a new Tesla before the rebate is once again halved to $1,875. Unless new regulation comes into play, 2019 will be the last year for Tesla rebates.

Even with the rumored U.S. demand dropping and the fact that the federal rebate has halved, you shouldn’t worry. Tesla is set to enter European markets in February and has been putting cars aside for a big introduction. International Car Operators (ICO), a port handling and storage company in Belgium, said last month that they are expecting 3,000 Model 3’s per week starting in February. It is unclear if Tesla will up production numbers for the European Model 3 escapade or will continue at this steady pace with the U.S. demand slowing down. The Model 3 online configurator has been opened up across Europe and you can order your car now.

The Rest of the World

Either Tesla is not expecting a huge Model 3 demand in Europe or they plan on drastically scaling production because Asia deliveries are also expected in 2019. Tesla’s original goal was to produce 10,000 cars per week by the end of 2018. They didn’t reach that in time but I see them surpassing it in 2019. Elon hinted at an Australian and Taiwan introduction later this year on twitter. It seems like Tesla is planning on going global in 2019.

The long awaited short ranged Model 3 seems like a myth at this point. $35,000 was Tesla’s originally stated base price back in 2016. Many early reservation holders are still holding out for the more affordable model. I’m hopeful this year we finally see its debut in the U.S.

A few months back, Tesla released a mid-range model dubbed the LEMUR. A limited edition mid-range Model 3. It has a 260 mile range with a base price of $45,000. Supposedly, it was meant to give $35,000 reservation holders the opportunity to buy a Tesla this year and claim the full $7,500 rebate. Now that the rebate is gone, we don’t know if the LEMUR is here to stay or will be replaced by the short range $35,000 Tesla Model 3.

Tesla acquired a 210 acre plot in Shanghai a couple months ago in order to build Gigafactory 3. Plans have accelerated and Tesla expects Gigafactory 3 to be partially operational within 2019. Some Model 3 components are set to be manufactured there but they don’t expect to fully produce cars until 2020. Gigafactory 3 is set to produce 500,000 vehicles per year for Chinese customers within 4 years. The upcoming Tesla Model Y is expected to be built there as well.

The Model Y is Tesla next project. It is scheduled for 2020 or possibly further but could very likely be revealed in 2019. Tesla is likely to follow in the Model 3s footsteps and open up reservations alongside its reveal so get your wallets ready.

But consider it real. We could unveil Model Y anytime from late this year to mid next year, so March 15 is about right.

The only thing we know going into 2019 is that the Tesla truck might be revealed this year.

“Well I can’t talk about the details, but it’s gonna be like a really futuristic like cyberpunk, “Blade Runner” pickup truck. It’s gonna be awesome, it’s gonna be amazing. This will be heart-stopping. It stops my heart. It’s like, oh, it’s great. You know, I actually don’t know if a lot of people will buy this pickup truck or not, but I don’t care. I mean I do care, eventually, you know. Like sure, I care. We wanna get gasoline, diesel pickup trucks off the road. But if I find, like, you know, I’m personally super-excited by this pickup truck. It’s something I’ve been wanting to make for a long time. And I’ve been iterating sort of designs with Franz … It’s like I really wanted something that’s like super-futuristic cyberpunk. Which, if it doesn’t … if I’m weirdly like … if there’s only a small number of people that like that truck, I guess we’ll make a more conventional truck in the future. But it’s the thing that I am personally most fired up about. It’s gonna have a lot of titanium.”

Tesla has not been very good at reaching deadlines in time and FSD is one of those that shine. 9 weeks ago, Elon took to twitter to say we were 6 weeks away from smart summon and features that would allow us to drive our cars remotely “like a big RC car”. I don’t expect deadlines to get any better nor do I expect a fully self-driven Tesla in 2019.I do expect Autopilot to continue to improve and Tesla to start slowly releasing some FSD features with the release of Hardware 3.

For those unfamiliar, this uses Tesla Autopark/Summon. Slightly smarter version hopefully ready soon. By next year, a Tesla should be able to drive around a parking lot, find an empty spot, read signs to confirm it’s valid & park.

Hardware 3 is claimed to be everything necessary to achieve Full Self Driving. We expect to see it in the first half of 2019. It is set to have 10x the image processing power with just a simple chip replacement. Only cars with the FSD package will receive Hardware 3 as Enhanced Autopilot does not require is. Current owners of the package will get the chip swapped free of charge. No word on whether Tesla has plans on increasing the cost of the package or if they’re still honoring the original agreed upon price for owners pre-increase.

Probably 4 to 6 months. Those who order full self-driving get the upgrade at no cost. It isn’t needed just for enhanced Autopilot.

Supercharger V3, which starts rolling out early next year, will also charge much faster

Tesla has set some ambitious goals for 2019 with wanting to double the network and make Superchargers available to 95-100% in all active markets. They’ve already achieved just about that in the U.S. but Tesla’s market expands across the globe. I expect the network to basically stall here in the states as Tesla focuses on Europe and the rest of the world. 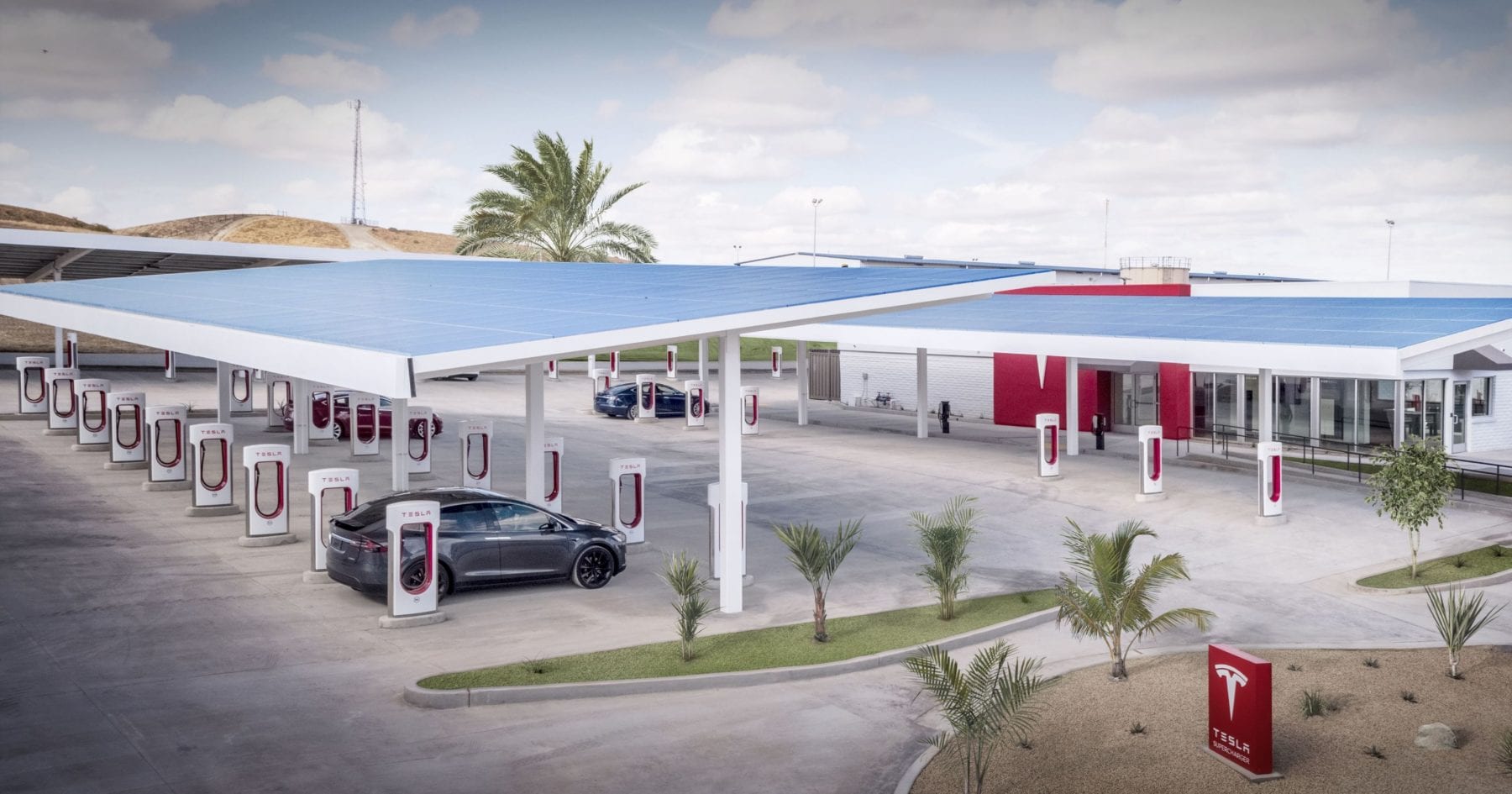 The long awaited Supercharger V3 is scheduled for this year and we still don’t know much about it. While others are building infrastructure based around 350 kw chargers, Tesla is rumored to stay under 250 kw. I truly hope that is not the case and Tesla doesn’t lag behind while others excel. If it is the case, the Supercharger network is still the largest network and Tesla has plenty of time before having to worry about faster charging speeds on the market.

Without going into any speculations, that is all we know based off of Tesla’s and Elon’s statements. Of course, with Tesla, you never know what’s coming. I’m sure many are still hoping for a Model S & X refresh but we will just have to wait and see. 2018 was indeed Tesla’s biggest year but with everything planned, I expect 2019 to be bigger.

Bollinger informally asks Tesla to use their Supercharger network