Who could have imagined? My first ever accident, my fault – in a self-driving car. Oh, the irony. Yet another Tesla Autopilot crash. Only, it’s not that simple, far from it.

So here I am, stuck in 5 mph rush-hour highway traffic. Weather conditions not ideal, forget cats and dogs, it’s raining men out here. Nav on Autopilot is constantly disabling due to “poor weather conditions”, as intended. Me, being the unintelligent human being that I am, on Autopilot, in poor weather, decides this is the proper time to check my email. Much to my surprise, the lane to the right of me was merging into my lane. And then it happened – someone merged into me. No reaction from my car, no warning, just a loud metal on metal screech from another Tesla Autopilot crash.

As it turns out, reality often differs from the futuristic utopia we are constantly being sold on. An over-hyped product doesn’t work as advertised, tell me something I don’t already know. There’s nothing new to comprehend here; Red Bull doesn’t give you wings, 5 gum doesn’t get my rocks hard, and I refuse to believe Mathew McConaughey feels that way about Lincoln.

But who’s fault is it? Is it consumers for being so darn gullible? Those greedy companies for overwhelming consumers through overcompensating their lack of innovation and development? The government for allowing such stretches in product showcasing? Society for creating this fad of undefined acceptance? The fact of the matter is my accident is no one’s fault but mine.

Blaming the company for the Tesla Autopilot crash would be the fan-favorite but contrary to your invalid, fact avoidance, thick-headed, internal belief, you’re wrong. Tesla’s Autopilot does not make your car driver-less and the company has never stated it as such. I know, I know, “the term autopilot implies…” – no.

The term “autopilot” is spread widely throughout industries from marine to aviation. In none of the mentioned does the system overtake as a full self-driving feature. In none of the mentioned does the system do anything remotely different from Tesla’s Autopilot. In fact, for the most part, Tesla’s Autopilot is technically more technologically advanced than the similarly named systems used in other industries. Go fly a plane and come talk to me. Hell, just go test drive a Tesla before you spread more misinformation.

Some of you will still claim that the public is too uninformed on specifics and the naming scheme along with the Full Self-Driving Compatibility package thrown onto mass consumers itself still implies a driver-less car. I must ask, do your hamburgers contain ham? The argument against Tesla’s choice of words is one of the most absurd out there. Dare I say the MacBook isn’t actually a book and a Ford Mustang isn’t a horse?

So no, Tesla is not false advertising. They are in no way “misleading and confusing their customers.” The only one confused here are those who spread this baseless negativity towards the company, aka not their customers. I’m almost certain no Tesla owners believe their car can currently drive itself. Yet here sit the uninformed haters who honestly believe there is a current self-proclaimed fleet of self-driving cars running off cliffs causing more Tesla Autopilot accidents. Heads up, there isn’t and I’m tired of arguing against such ridiculous statements.

And if it wasn’t already made obvious, the company places this very visible, easy to read, undeniable disclaimer:

The currently enabled features require active driver supervision and do not make the vehicle autonomous. The activation and use of these features are dependent on achieving reliability far in excess of human drivers as demonstrated by billions of miles of experience, as well as regulatory approval, which may take longer in some jurisdictions. As these self-driving features evolve, your car will be continuously upgraded through over-the-air software updates.

As of today, Tesla’s Autopilot is just an adaptive cruise control system, the best adaptive cruise control system on the market. Using 8 cameras, 12 sensors, and a human at the wheel, it helps you get from A to B at ease. It can maintain and adjust your speed to react with ongoing traffic, keep you in your lane, and even change lanes and take highway exits. On paper, this might sound like a self-driving car, but there’s one major difference between the two. Tesla’s Autopilot requires both human interaction and intervention. As such, Tesla Autopilot Crashes are the fault of the drivers 100% of the time. 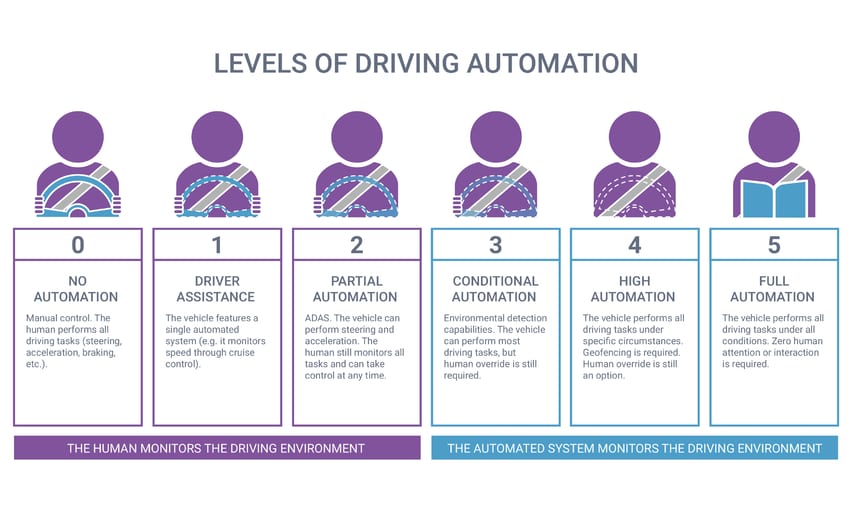 See, there are levels to full-self driving technology. On the chart, Autopilot sits only above a horse-driven carriage. No one with the system has justified it as currently being full-self driving, not even the company. Sure, people do put too much faith in the system, but that’s their responsibility, not Tesla’s. If you opted out of a seat-belt and got injured in an accident would you blame the manufacturer for not installing stricter seat-belt locks?

To put an end to this once and for all; yes, my Tesla crashed. Yes, it was on Autopilot. No, Autopilot didn’t cause the crash. This is not a Tesla Autopilot crash, it’s my crash.

I don’t believe I put too much faith in Autopilot, it worked as intended. The system didn’t ram me into my jousting opponent. Instead, it kept me in my lane under steady traffic like a charm. To ask the accident avoidance features to prevent this specific situation would be a bit much. I knew the system’s limitations but got caught off guard regardless. I don’t believe any vehicle on the market would have acted any differently (or acted at all). Maybe I’m wrong, maybe I’m not.

I did, however, put too much faith in those around me. If everyone had an Autopilot system, this accident would most likely have been avoided. But in the real world, today’s world, a very small percentage of drivers have some form of adaptive cruise control system. Thus, the system should be adapting to humanity, not a perfectly simulated experience.

Owning a car with uncertain, pioneering, self-driving features has taught me one thing, we are far from driver-less cars. The systems in place today might be capable of achieving level 5 autonomy but only if every car on the road ran it simultaneously. For a driver-less car to hit the streets today, it would have to excel perfection. It would have to react and adjust to the endless human minds rather than a set configuration. While Tesla claims robotaxis next year, I remain skeptical of the time frame.

Tesla’s Autopilot advances faster than most can keep up with. Through new features or overall improvements, they continue to push forward with their innovative objective. Autopilot is no lost cause. Using the system not only makes drives easier, it makes drives safer. Tesla crashes do not happen more often than traditional cars, they do not all spontaneously combust, and they don’t drive themselves off cliffs. It might not be a perfect system (yet) but it’s certainly heading in the right direction. There could very well be a day that Tesla accidents fall on the company, but as of today, it falls on the user.