Daimler has recently confirmed the construction of their new battery factory in the United States, just seven miles away from its Mercedes-Benz Cars vehicle production site in Tuscaloosa, Alabama.

As part of a $1 billion upgrade for Daimler’s Mercedes-Benz facility in Tuscaloosa, Alabama, a new battery factory will be constructed for all future electric vehicles. Daimler intends to utilize the factory for the production of battery packs for Mercedes-Benz’s EQ line of EVs, starting with their first electric SUV, the EQC, which was unveiled back in September. 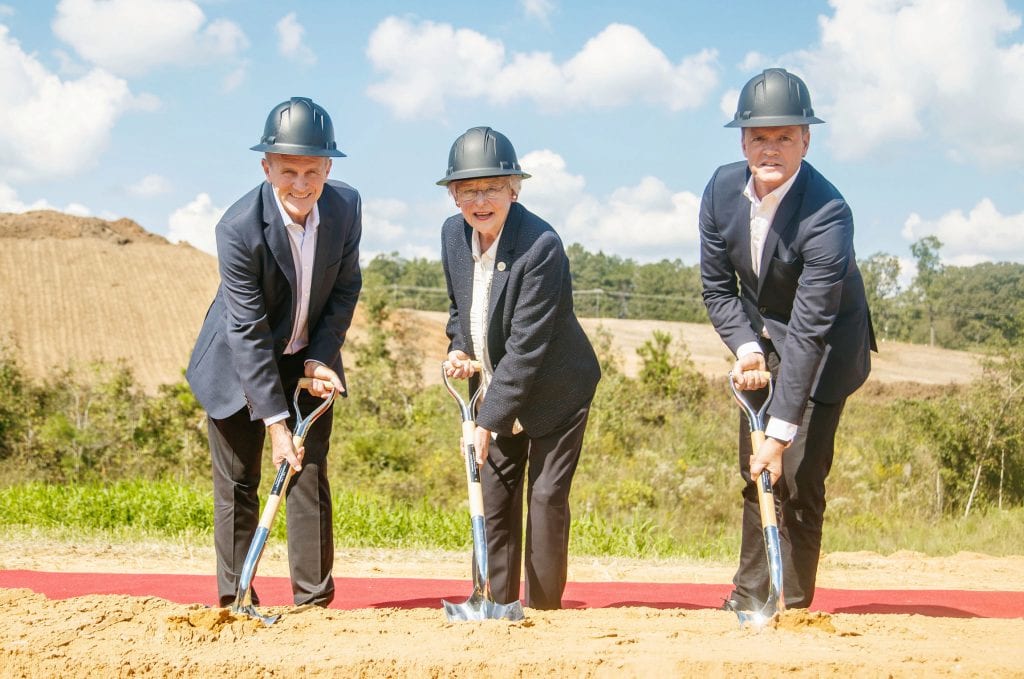 (From left to right) Markus Schäfer, Member of the Divisional Board of Management Mercedes-Benz Cars, Production and Supply Chain, with Kay Ivey, Governor of Alabama, and Jason Hoff, President and CEO of MBUSI

In a recent press release, Governor of Alabama, Kay Ivey, had this to say in regards to the construction of the Tuscaloosa battery factory:

“Just as Mercedes helped put our state on the cutting-edge of automotive manufacturing, Alabama will help put Mercedes on the cutting-edge of electric vehicle development. We continuously strive to reaffirm the ‘Made in Alabama’ brand as one of excellence. So, naturally, there is no better state for Mercedes to build upon their world-class brand of excellence than right here in Alabama.”

“The successful story of the Mercedes-Benz Tuscaloosa plant began with the start of production of the M-Class 21 years ago. We are proud to see further investment into Tuscaloosa, which underlines the effort and teamwork by all our team members. As a team here in Tuscaloosa, we play a key role in the global success of Mercedes-Benz and we are proud that the all new GLE will again be produced in Alabama for the world demand.”

Markus Schäfer, Member of the Divisional Board of Mercedes-Benz Cars, Production and Supply Chain, added:

“The widely export oriented Mercedes-Benz plant in Tuscaloosa is a high-tech production facility with a successful history and an exciting future in terms of our brand in the United States. We aim to play a pioneering role in the development of e-mobility and are well prepared to accomplish this mission. One year ago, we have announced $1 billion investment in Tuscaloosa mostly for the production of electric SUVs and a battery plant. We are bringing electric mobility for Mercedes-Benz to the United States. Around the globe, we are preparing six sites for production of EQ models and our battery network will consist of eight factories.”

Daimler confirmed that the Tuscaloosa, Alabama battery factory is just one of eight total global battery production networks around the world. The current locations for Daimler’s various battery factories are as follows:

Mercedes-Benz Cars plans to offer at least one electrified vehicle in each model series by 2022, totaling over 130 electric models. If Daimler truly intends to see this plan through, the construction of the Tuscaloosa battery factory is definitely a step in the right direction.