Yesterday Kia Motors offered an updated outlook of its electric car plans for the European continent.

The South Korean brand was happy to announce that its battery-electric vehicles made up 6% of its Q1 sales for the European market, a significant increase from the prior 2.9% that was reported in Q1 of last year.

This increase was done despite only having two fully electric models available, the e-Niro and updated Soul EV, both of which have had their fair share of supply issues as well.

Kia’s plan for increasing its electric vehicle sales in Europe no doubt includes increasing the total number of electric models offered. Kia plans to have 500,000 global annual sales of EVs in 2026 which represents having more than 20% of its total sales in Europe being full electric. 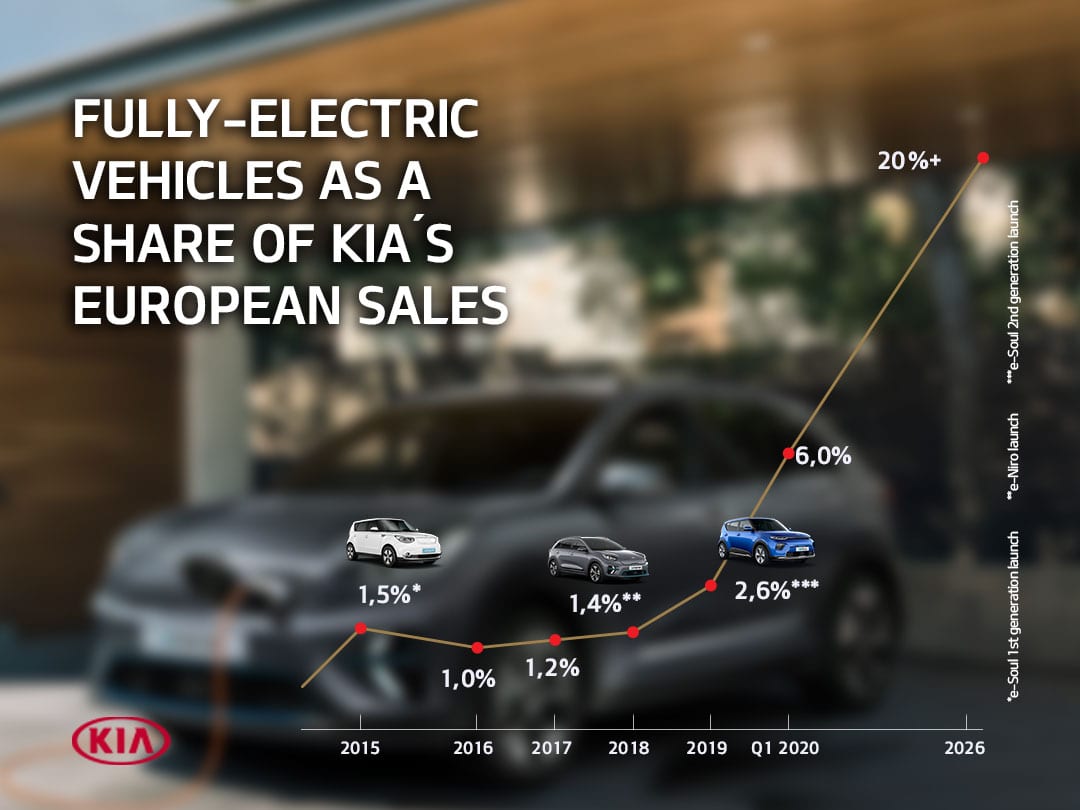 Kia is planning to expand its lineup with 11 fully electric vehicles spanning multiple vehicle segments by 2025. The first of which will not be introduced in Europe until next year. Kia states that it “blurs the boundaries between passenger and sport utility vehicles” and will offer a range of over 310 miles and a charging time of sub-20 mins.

Following the release of their first purpose-built EV (as the Niro and Soul are just electric versions of their gas counterparts), Kia will start to introduce multiple new models from 2022 onwards until they reach 11 models in 2025.

“Many of Kia’s new EVs will be offered in Europe, which is currently the focal point for EV sales growth worldwide. We are encouraged by the early sales success of our current generation of EVs, the new e-Niro and Soul EV, which have been well-received by buyers across the continent. In every one of the last five years, we have reported growing sales of Kia EVs, and our next-generation models will accelerate this trend further.”

We hope to see some sort of updated look into Kia’s plans for the North American market and hope that they will be able to spread some of their resources to send some cars our way as well.

What do you guys think of their plan? Is this an indicator that Kia will expand its North American efforts as well? Or will Europe stay a priority for the brand for the foreseeable future? Let us know down in the comments below.