Government incentives aimed towards making electric cars more accessible have played a large part in the electrification effort and will continue to do so. Almost every EV enthusiast within the US is familiar with the $7,500 federal tax credit, but one non-profit is trying to provide a novel way of distributing EV incentives in a new way to expedite the transition. We sat down with Matthew Metz and Janelle London of Seattle-based non-profit Coltura to explore their vision for a new EV incentive with a focuses on “Gasoline Superusers”.

Founded in 2014 by both Metz and London, Coltura has been championing a gasoline-free America by helping developing EV policies as well as raising overall awareness. Recently they have authored a new paper discussing Gasoline Superusers and how the current EV tax credit system won’t be enough to meet the set goals of cutting carbon emissions in half by 2030.

What Is a Gasoline Superuser?

Coltura posits that incentives should target Gasoline Superusers who use a disproportionate amount of gasoline compared to the rest of the population. Superusers have been found to have the following traits:

Overall, the top 10% of drivers are responsible for 32% of the gasoline consumption.

With current federal incentives tied to the first 250,000 EVs built and automakers taking a focus on higher-margin segments, current EV drivers fall well below the Gasoline Superuser status. Taking a look at used Tesla Model S’s and you’ll note the average Tesla mileage listed is well under the overall U.S average of ~13,500 annually. Converting a driver emitting 1,000 gallons of fuel annually is much more important than converting the 90% of drivers emitting a third of that. 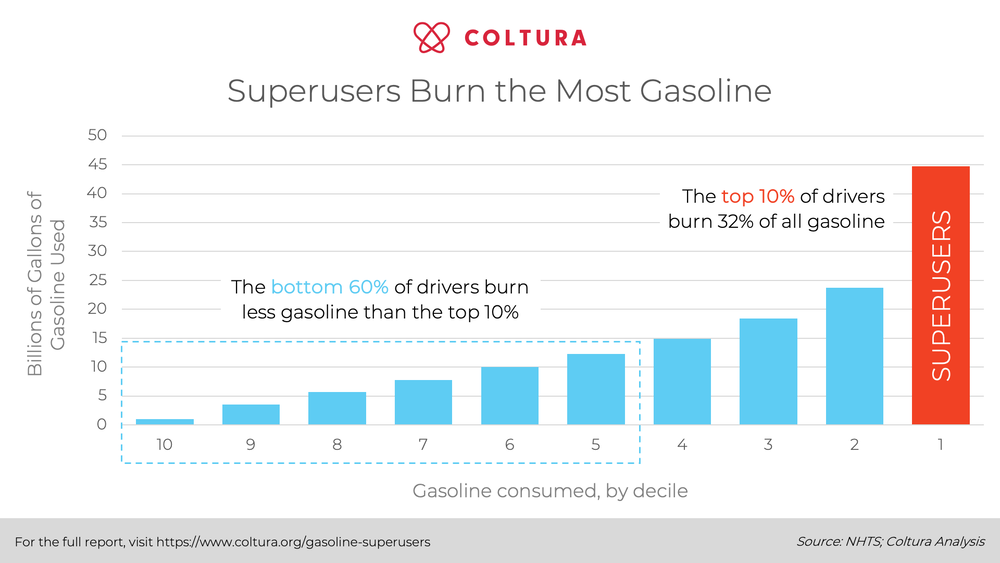 So what’s the plan?

Coltura points out the possible expedition of our carbon emission reduction through a focus on these high-mile drivers. Getting as many of these Superusers to switch over to EVs should be the primary focus. Coltura writes in their report:

To convert as many of these Superusers as possible, Coltura suggests an EV incentive system that is based on the amount of fuel the customer uses annually. The higher the annual gasoline usage, the more incentive is thrown their way to get them in an electric car.

In this hypothetical, Coltura sets a $10 incentive per gallon of gas used annually. If a person used on average 1,000 gallons of gas annually, they would receive $10,000 towards a new EV. The hope is to specifically incentivize high-mile drivers contributing the most emissions. 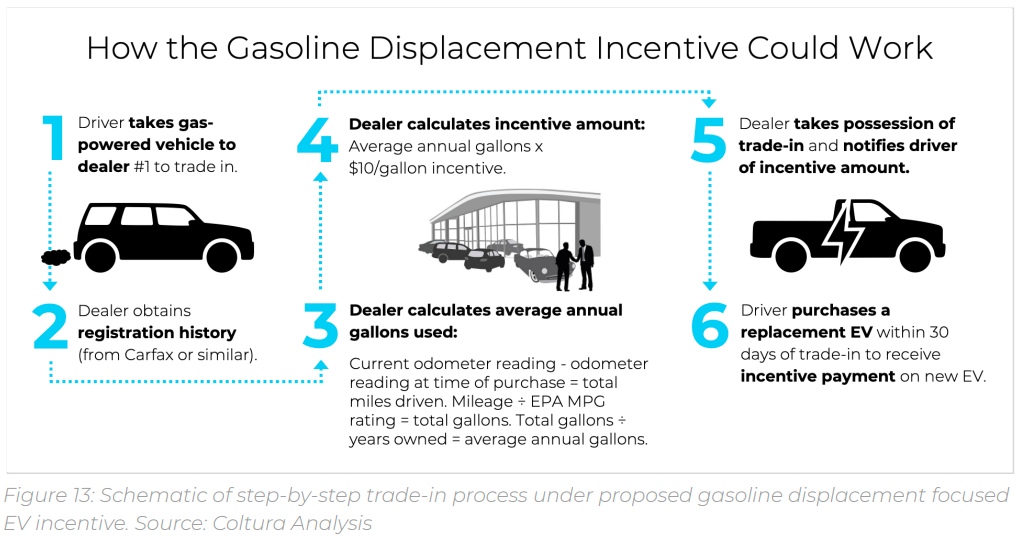 Coltura points out an incentive program tied to gasoline usage could actually cost taxpayers less than our current $7,500 flat rate. Focusing on Superusers will require fewer EVs to be sold to meet regulatory emission goals. This is by no means a free car handout, rather the cost to save our planet.

With Superusers trending towards driving SUVs and trucks, a system like this alongside the upcoming storm of electric trucks and SUVs would be compelling for many.

The proposal is still in its infancy and will require further study to better understand how to most efficiently hasten the cutting of carbon emissions. Still, this does open up more discussion for how or if EV incentives could be more tailored to the individual. For those curious, you can read the full report on Coltura’s site here.

Consensus Shows Britons are in Favor of Electric Cars, Not So for...